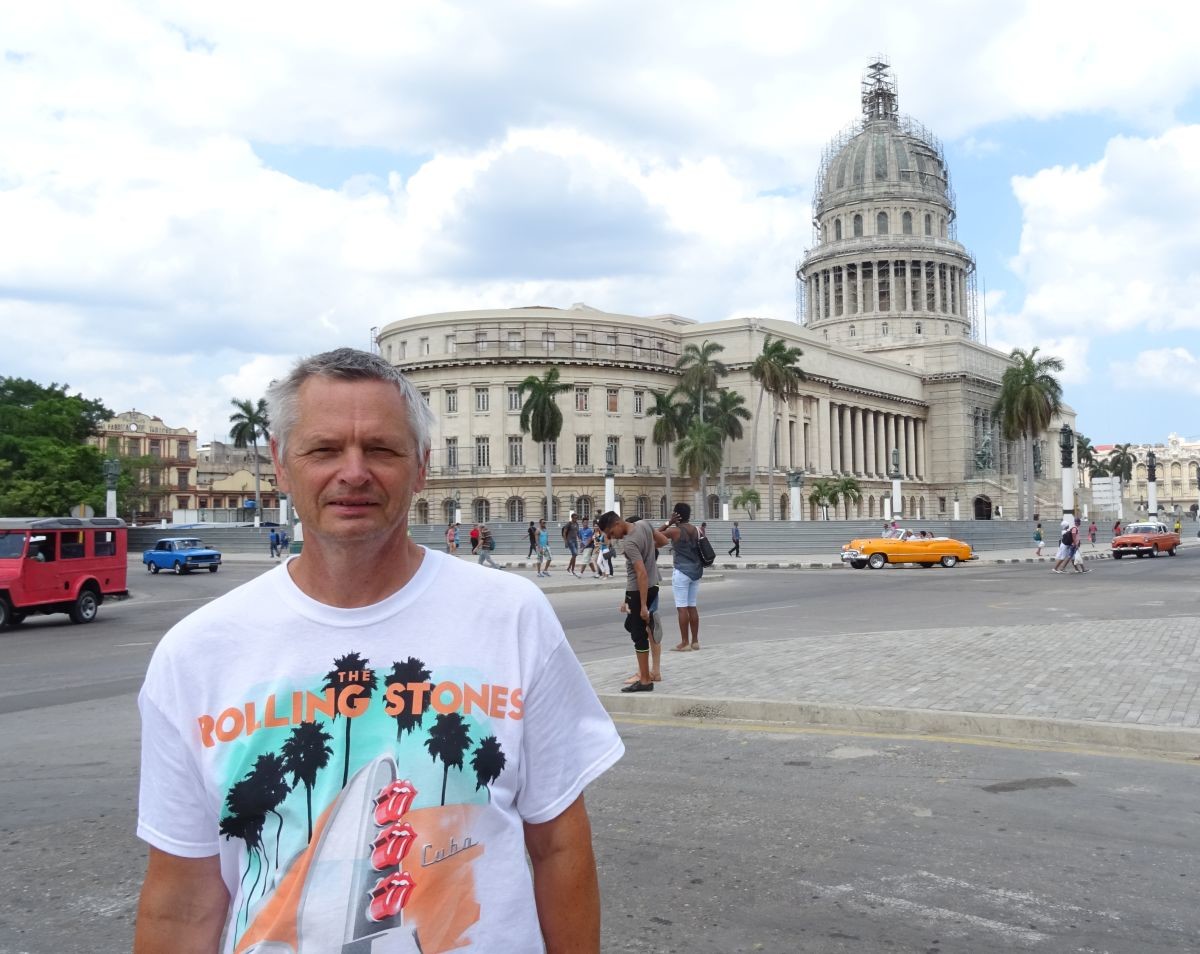 I have seen every show of The Rolling Stones tour in Latin America. This was a new crowd, the Cuba crowd was a “virgin” crowd. The Rolling Stones have never been to Cuba. I expected the same kind of crowd we had in Montevideo Uruguay, Porto Alegre Brazil, Lima Peru and Bogota Colombia. The “new” crowds in South America were curious, pleasant, relaxed, and you had lots of space in the crowd. But I have been in Cuba a few times, I thought may be I should go early to the show. Friends asked me what my strategy was for Cuba. I did not have any strategy until the day before the show. Then I was in for a front row position.

It was the usual preparations for a show where you have to be on site without food, drinks or facilities for twelve hours. I had my pizza at 11:30, just before noon, drinks, and was in the taxi by 1pm. At the venue 15 minutes later, and by luck we ended up close to one of the entrances. They opened the “gate” at 1:55pm. It was a massive push, and things could have turned bad. Lucily I was in within two minutes, then I was running. Fast. Aiming for the B-stage, that was my plan, and I was right on the rail on the best part of the B-stage two minutes later. Catching my breath, I saw the hundreds and thousand fans flowing in behind me, filling up all the empty spaces. There were dust in the air, it was hot, dry, and I felt everyone wanted my position. I stayed at the rail standing until the end of the show, sitting down may be 15 minutes in total, but every time I sat down there were more people on my rail, so I kept standing. I could barely move my feet, it was tight, I had like one square meter of “personal space” available, and a local fan right on my back for ten hours.

After an hour or so they started the “warmup music”. It was Stones videos, first “Harlem Shuffle”, then many other of the 70’s and 80’s videos we now find silly, like “She Was Hot”, “It’s Only Rock’n Roll” and so on. This is the first time I have had The Rolling Stones as the warmup band – on tape – but it worked. Time went by. Hours by hours. I could see backstage bits from the tours in 2002-2003 and 2005-2007. Great memories. They played some AC/DC in-between, and the crowd was singing along. It felt great to be here in the crowd, and I was right on the B-stage, with a clear view to the main stage. Life is great in Cuba!

This was a film production, there will be a movie or some sort of DVD coming out of it. I have never seen so many cameras, crowd filming, on-stage action cameras, panning cameras etc. Even on the B-stage there was a camera panning Mick 360 degrees.

When the show started I realized this was a different crowd. Virgin crowd? Yes. Quiet and relaxed? No. They were crazy for the Stones, like my grandchildren opening the Christmas parcels. The first minutes of “Jumping Jack Flash” were wild. Everyone was screaming and pushing. I was fine but I saw fans next to me backing out, because the long wait had taken all their energy. The push was hard. Then it calmed down until the next song, then everybody was mad again every time Keith or Ronnie did a solo, or every time Mick went close by, which happened all the time.

Set list wise this was a show close to the 2nd show in Mexico City. We got “All Down The Line Today” as the request song, replacing “Let’s Spend The Night Together” from Mexico City show number two, and Keith did “Before They Make Me Run” tonight instead of Happy”. That was the only thing these two shows had in common; similar set lists. The Cuban crown was wild, and believe it or not, I liked it.

The fans in Cuba have been waiting for 50+ years to experience such an event. Like Keith said: “Havana. The Rolling Stones. Who could believe that!”. Well I have been dreaming about this since my first visit to Havana Cuba April 2000, and tonight it was real. I loved the crowd, I loved the show, I did not mind all the cameras, and I am so proud I have been able to see this show.

There was nothing on sale at the venue. No merchandise, no T-shirts, no water, no beers. Just fans and security, and the security was great. No worries. At 3pm or so they came out with a couple of cardboard boxes with T-shirts. They threw out free T-shirts, may be fifty or so. I was lucky to get one, the one I like most, the white T-shirt with the 50’s American car and the three Stones tongues as back lights. The day after the show I wear this T-shirt with pride, I am a proud Stones fan in Cuba, end everyone I meet ask me “Where did you get that shirt?”. I say “at thew show”. They don’t understand. They were at the show, there was nothing on sale. My shirt is payback for two months on the road away from the family, for ten hours in the sun waiting. Thank you Stones you did a great performance in Cuba! After this I can say I have got everything. Nothing missing. The whole tour, all the great moments, and The Stones in Cuba. Time to go home now. 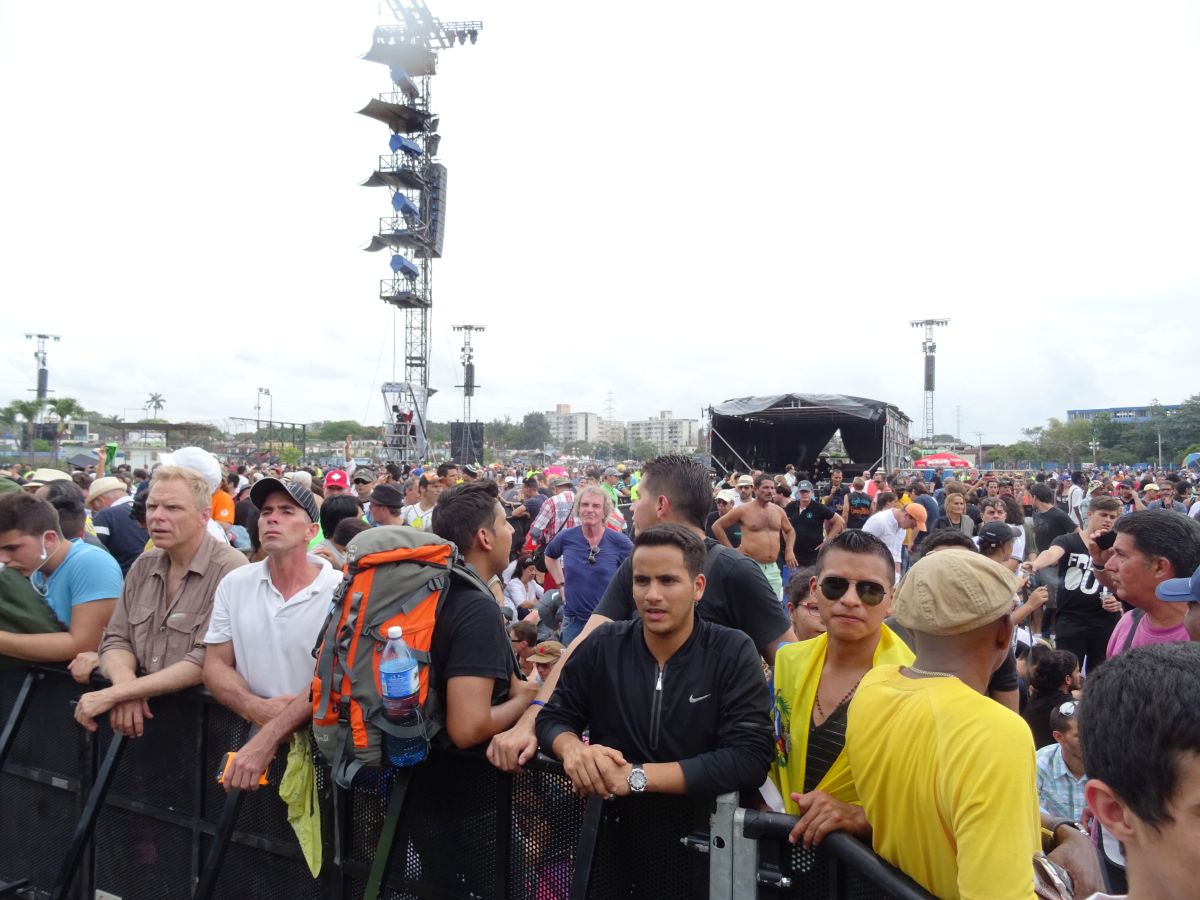 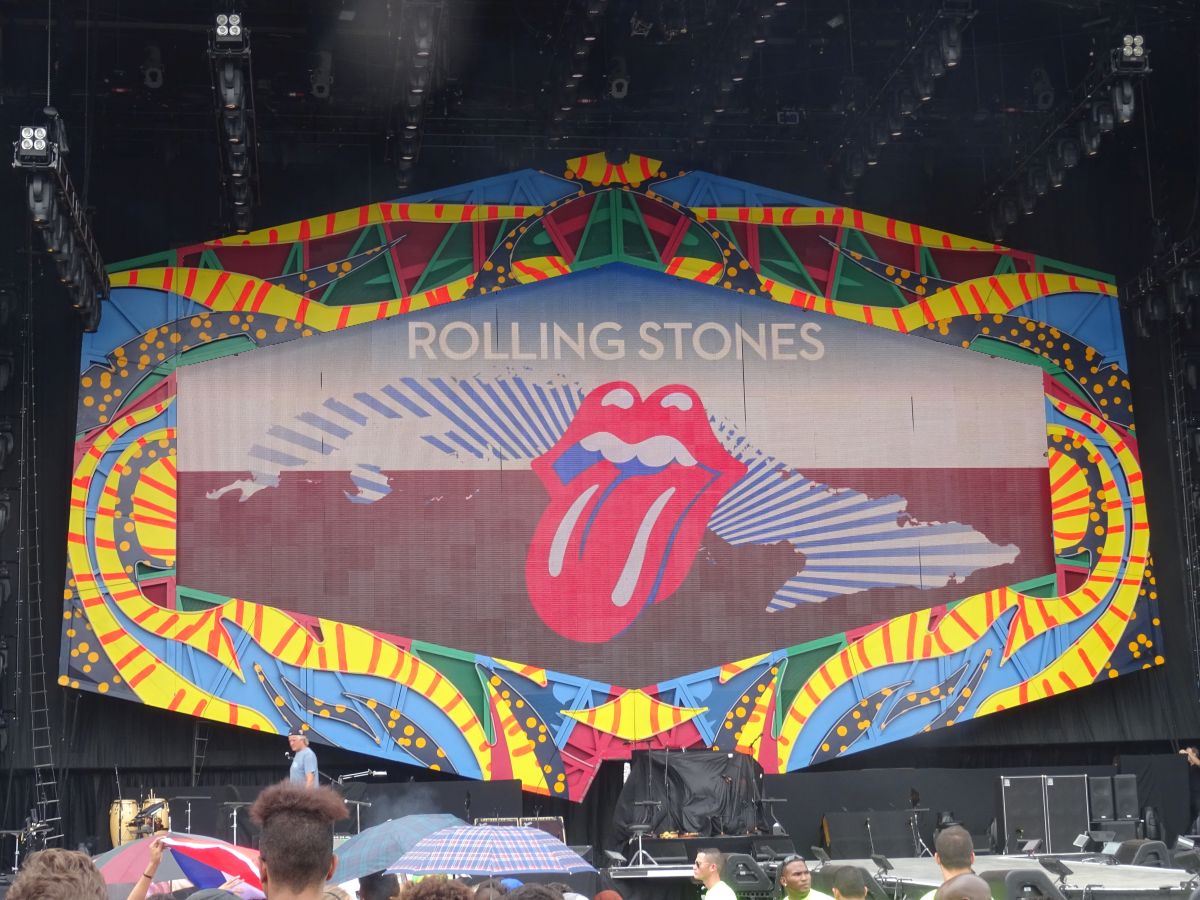 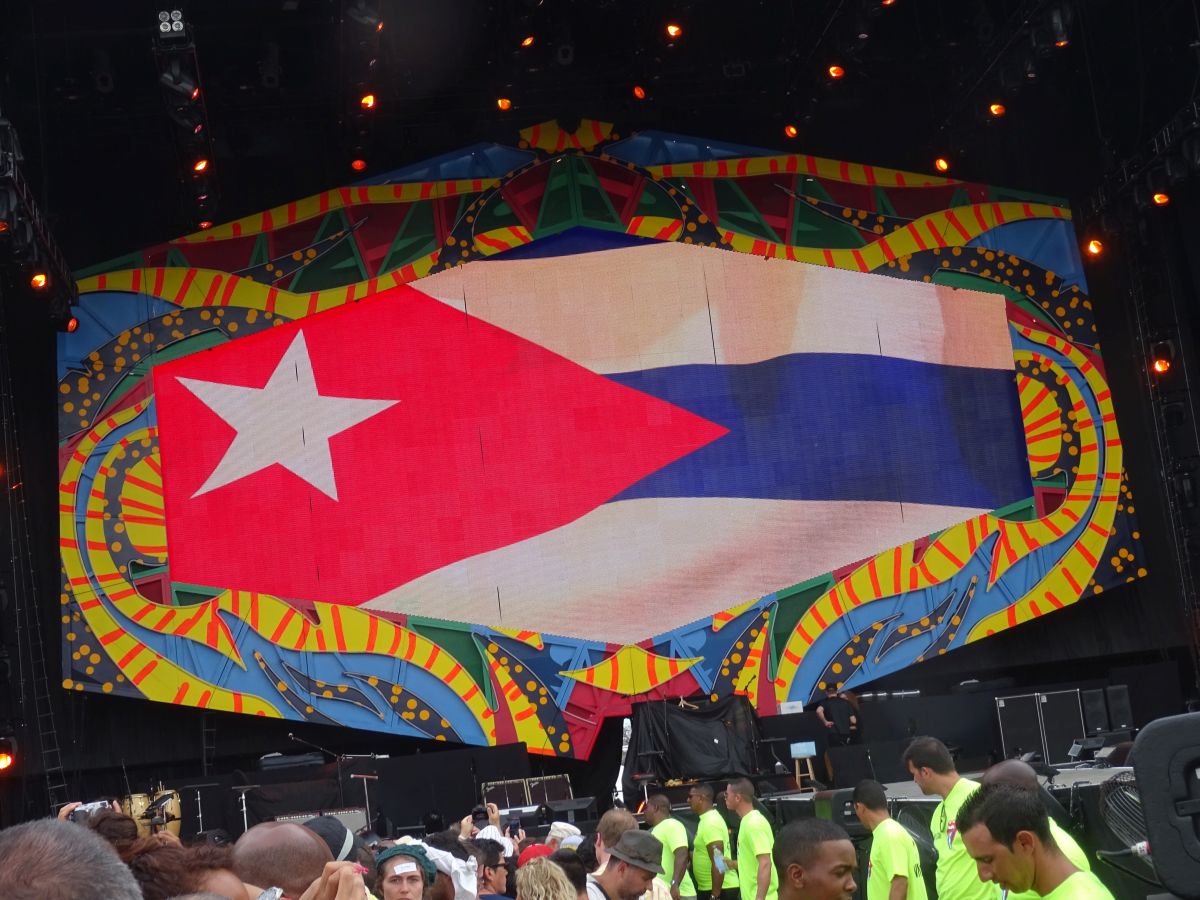 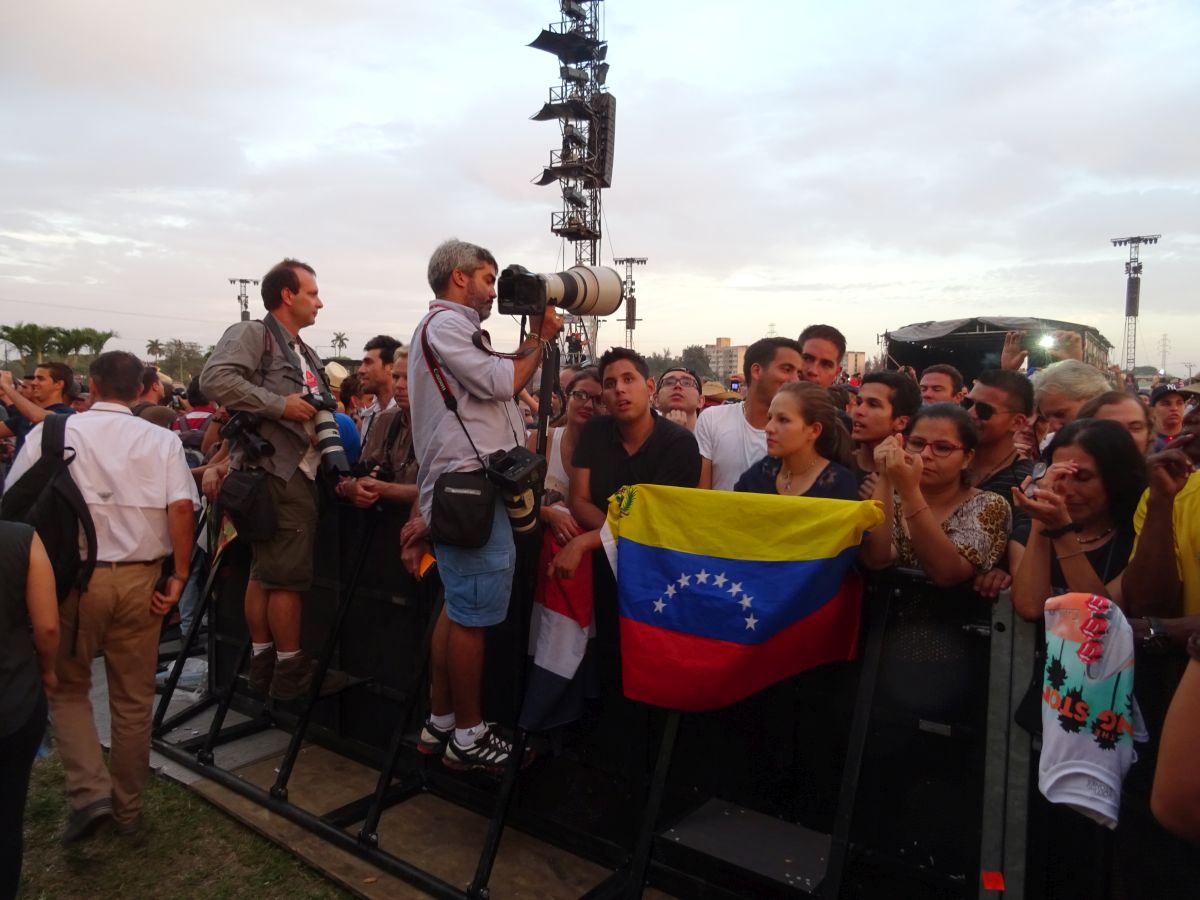 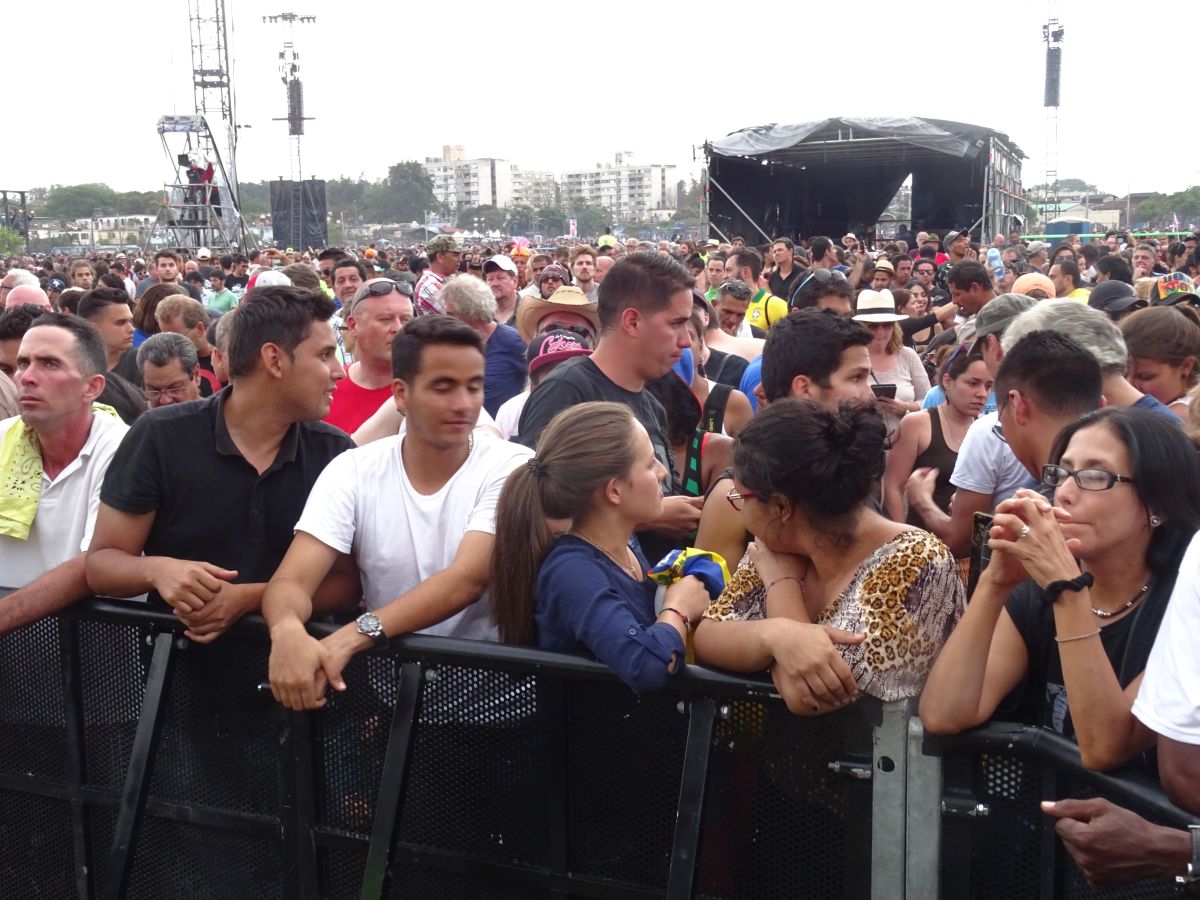 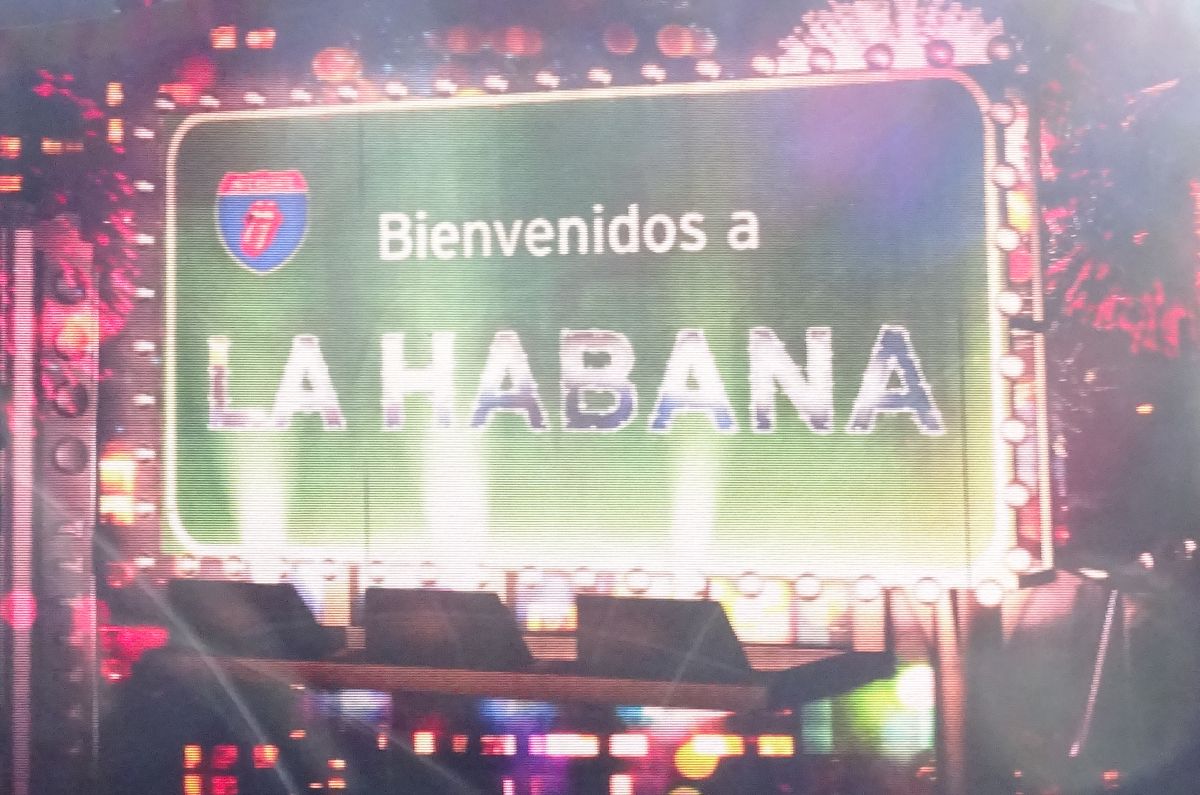 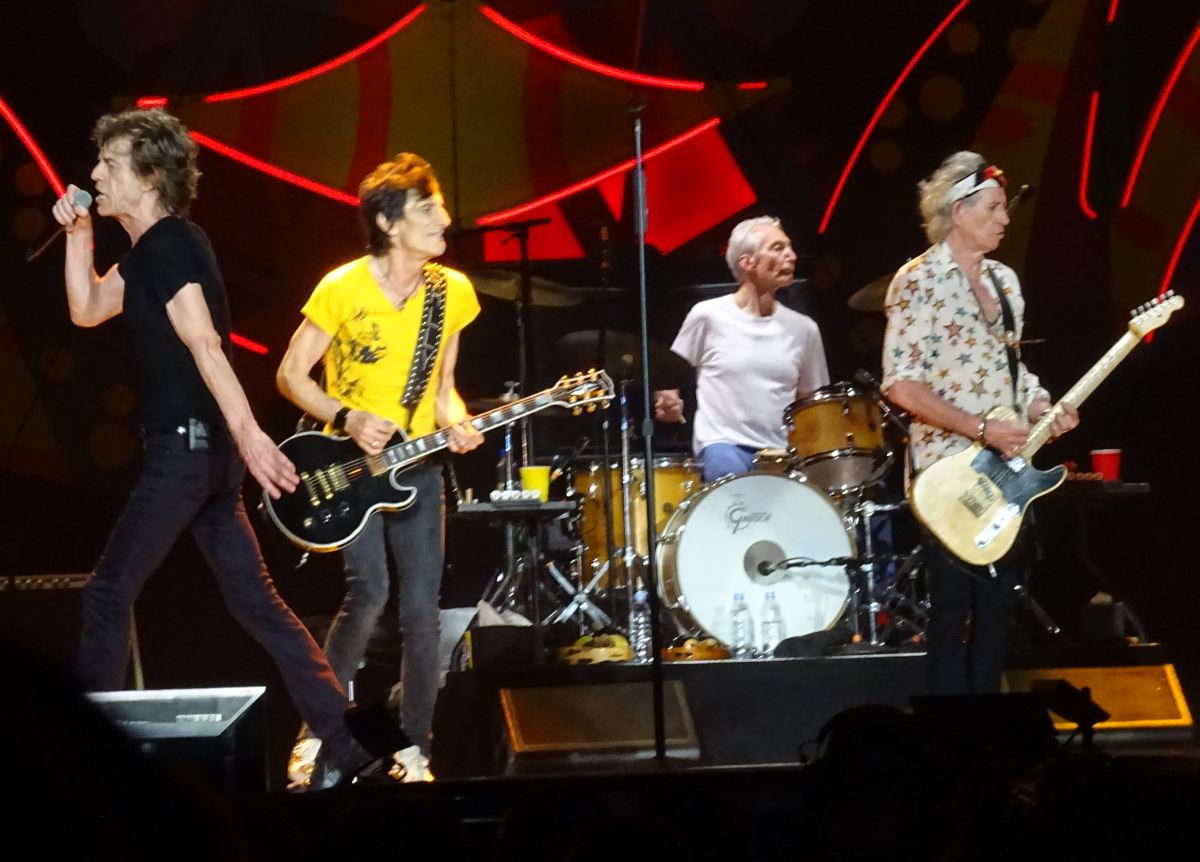 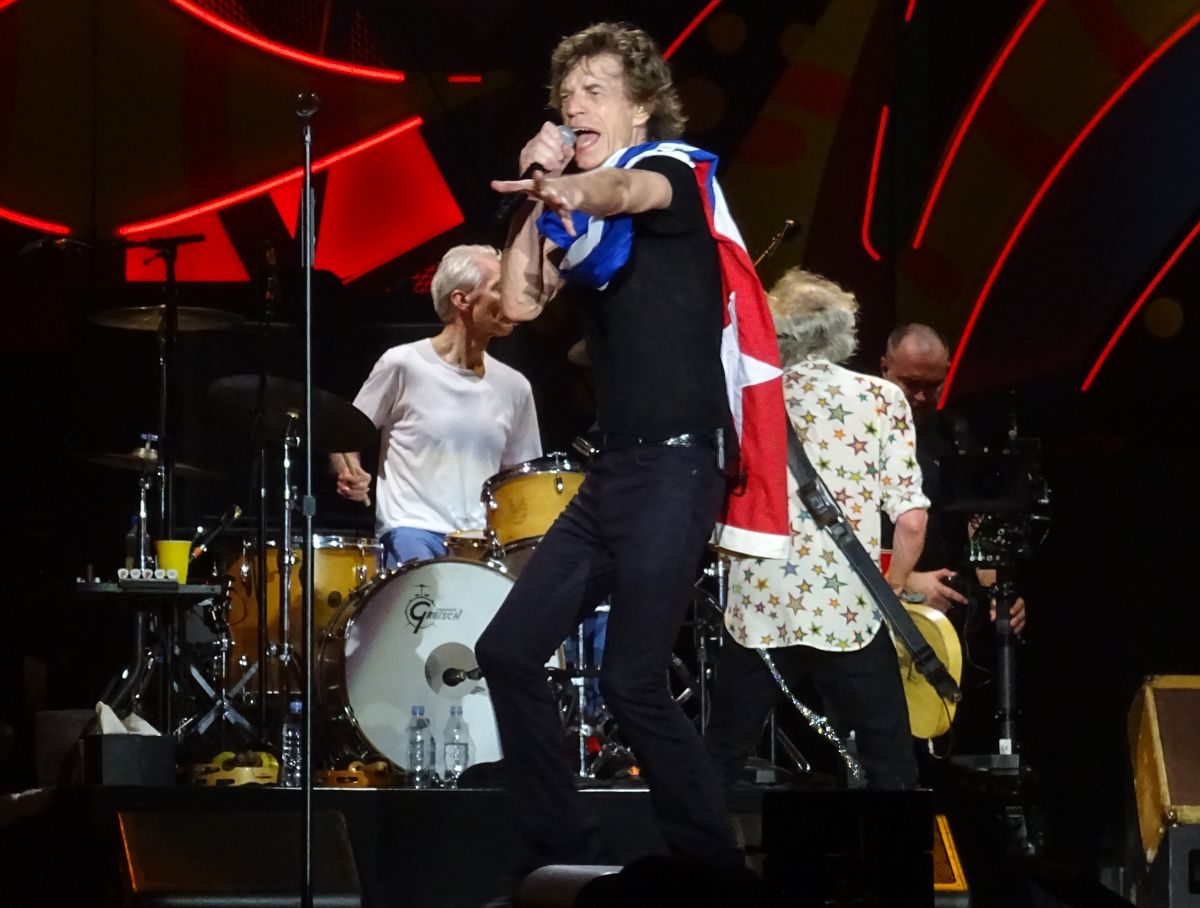 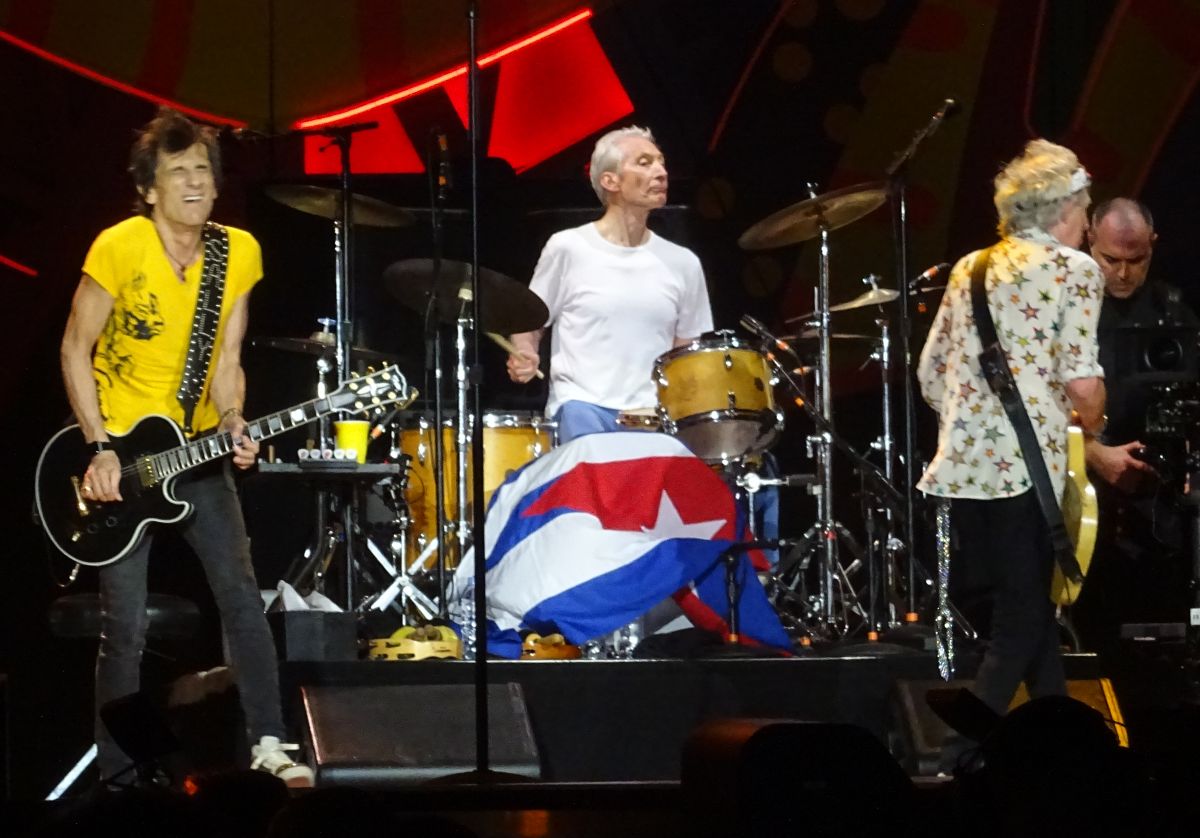 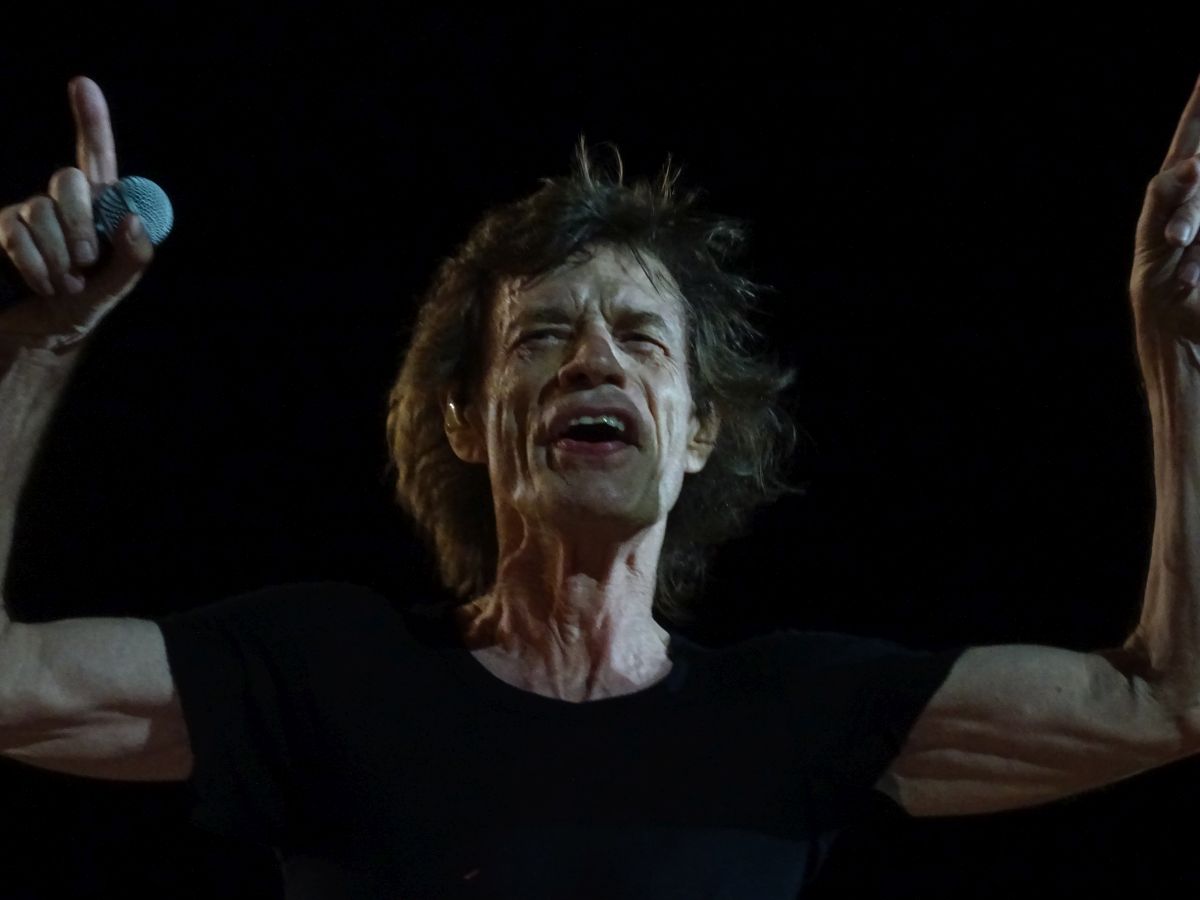 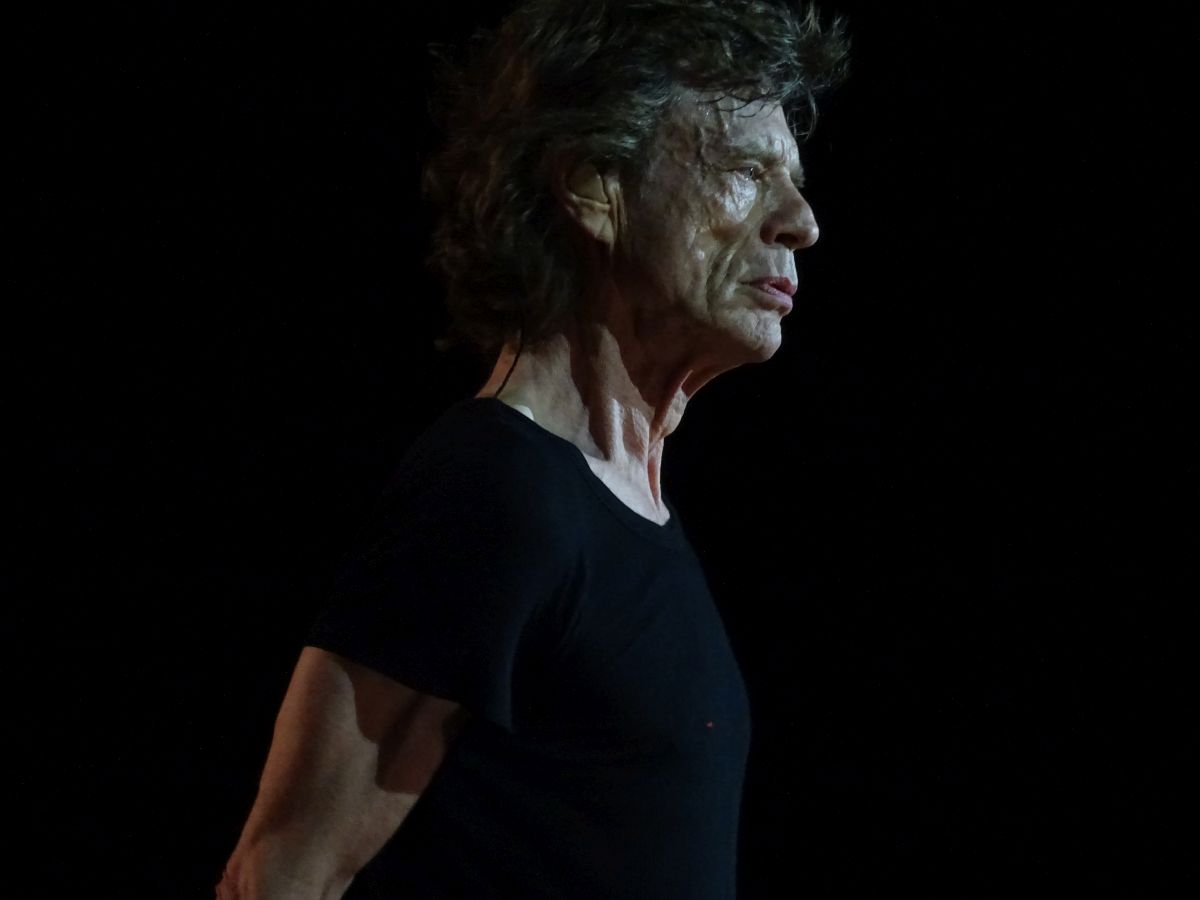 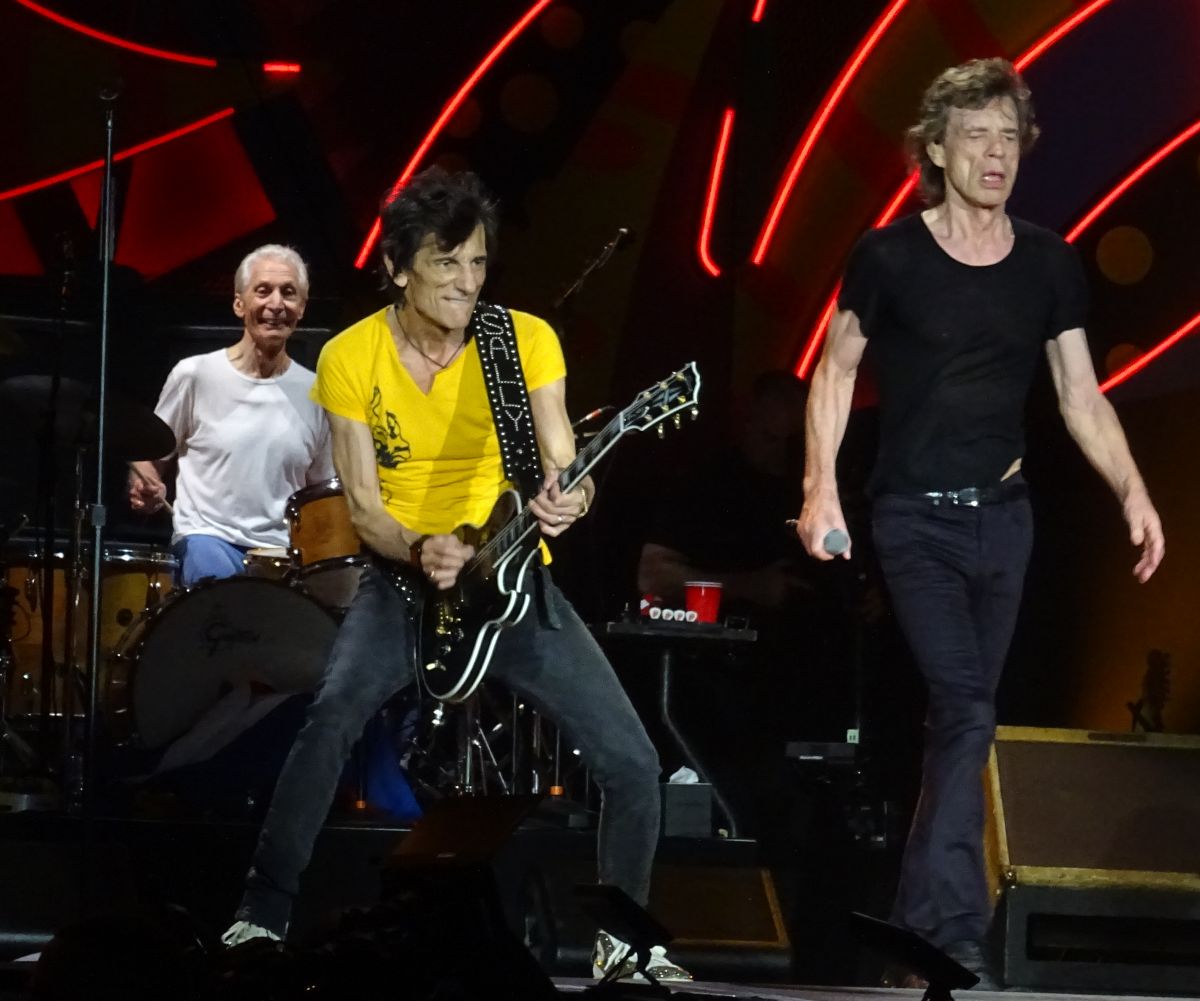 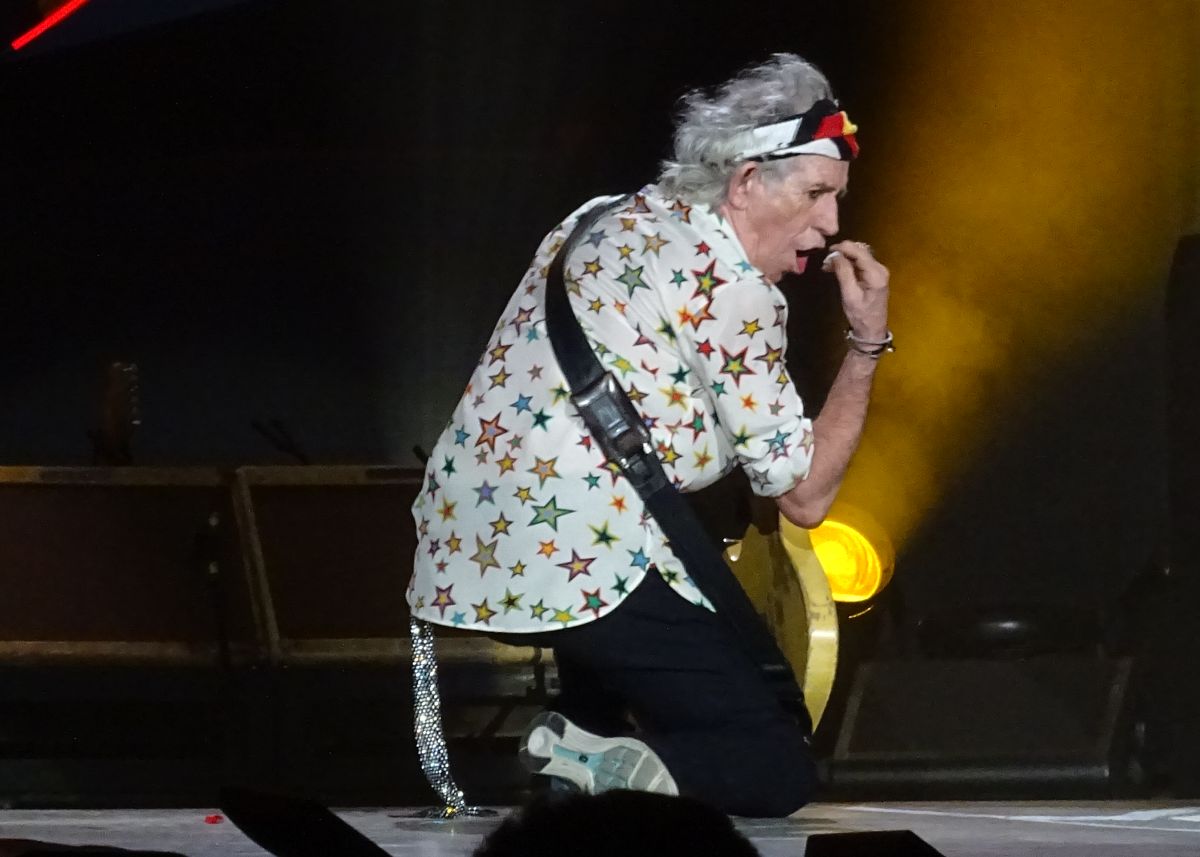 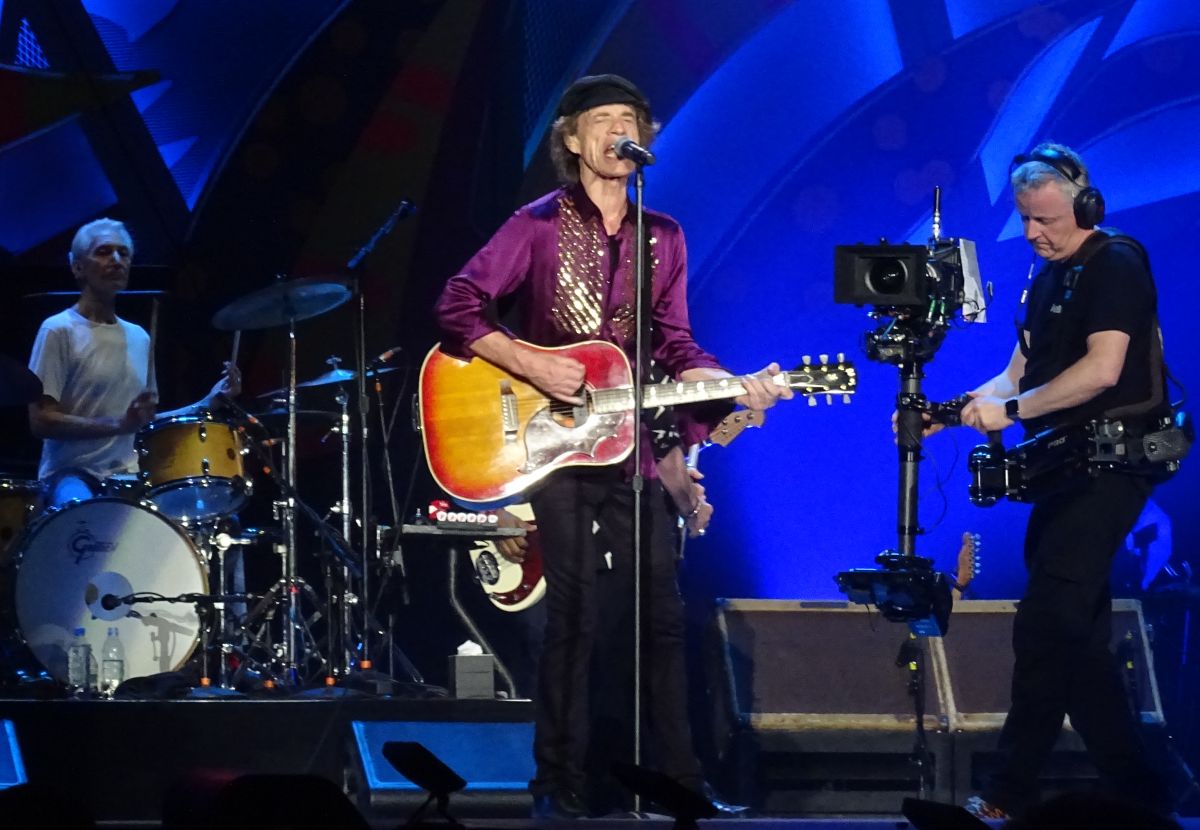 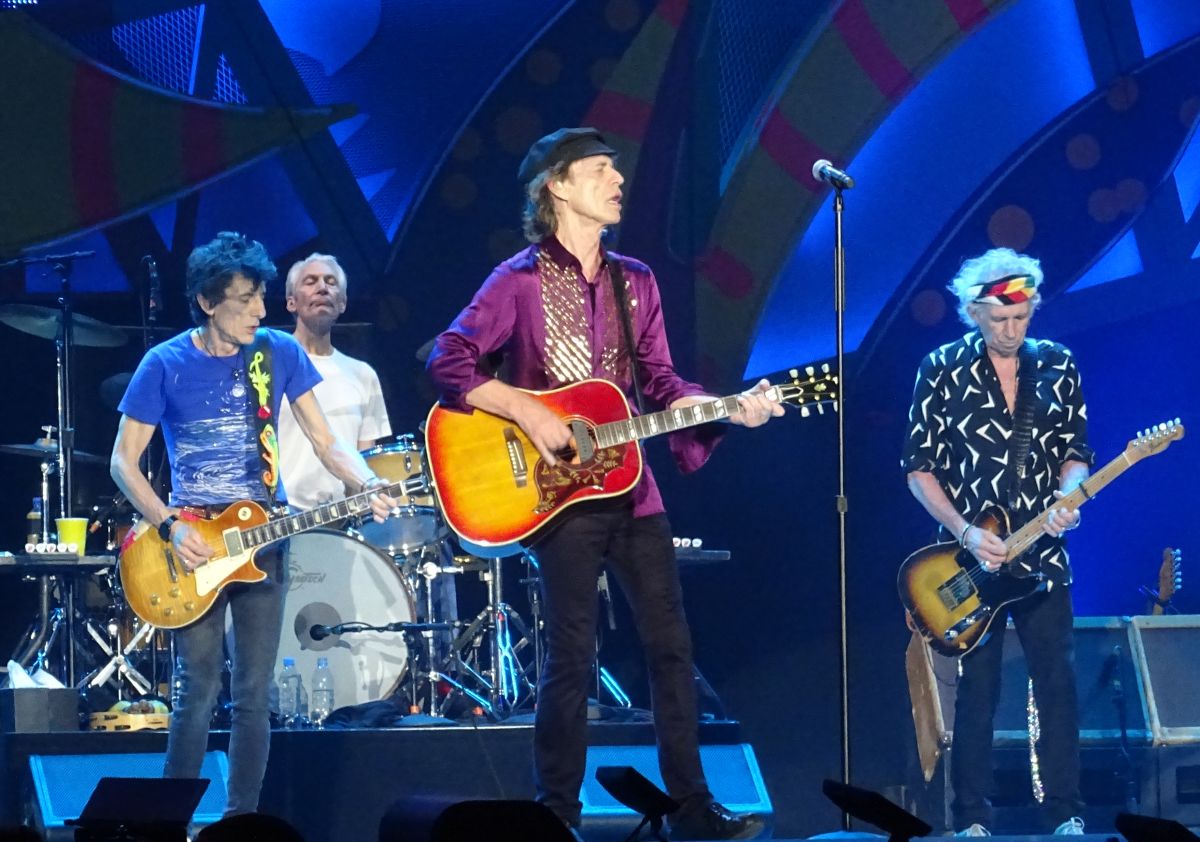 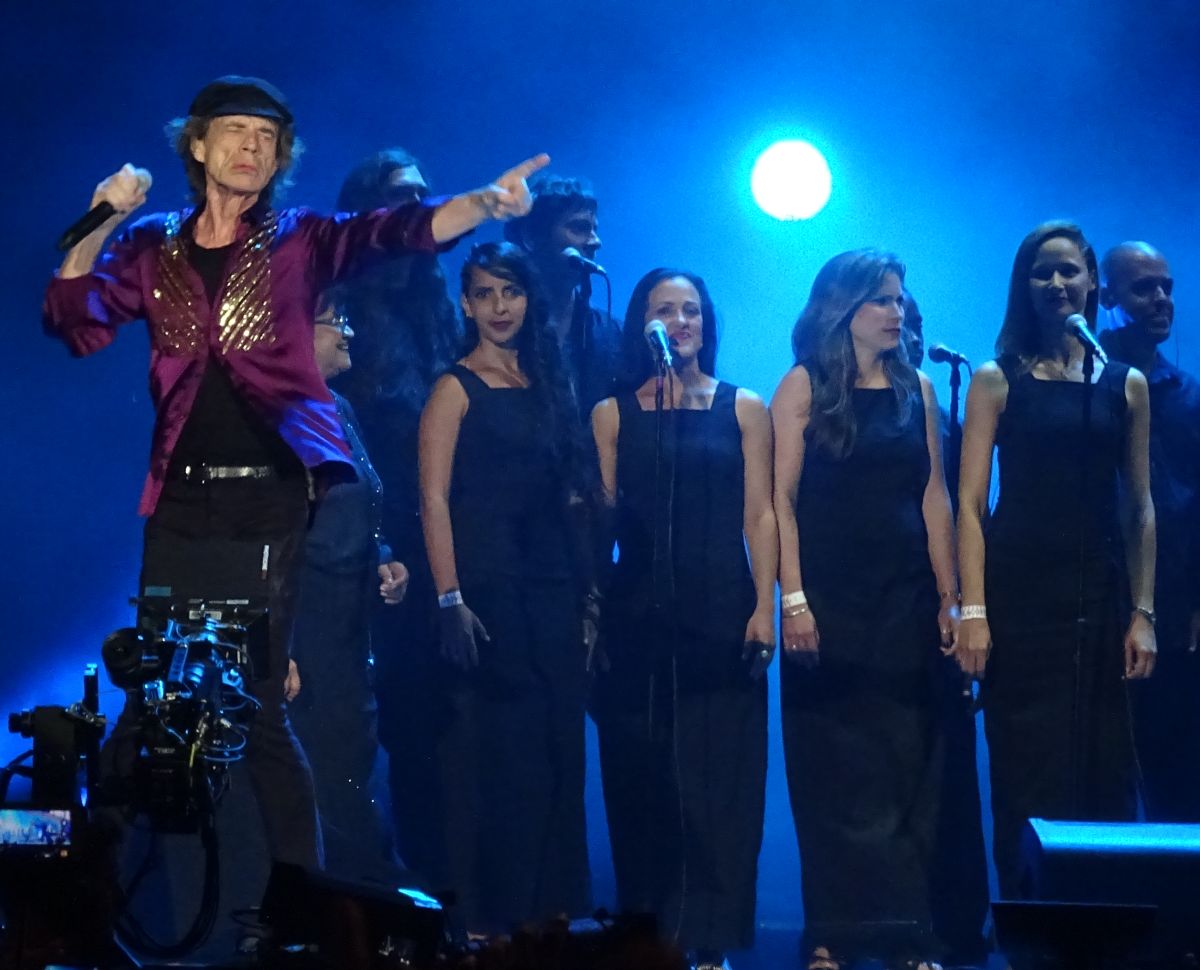 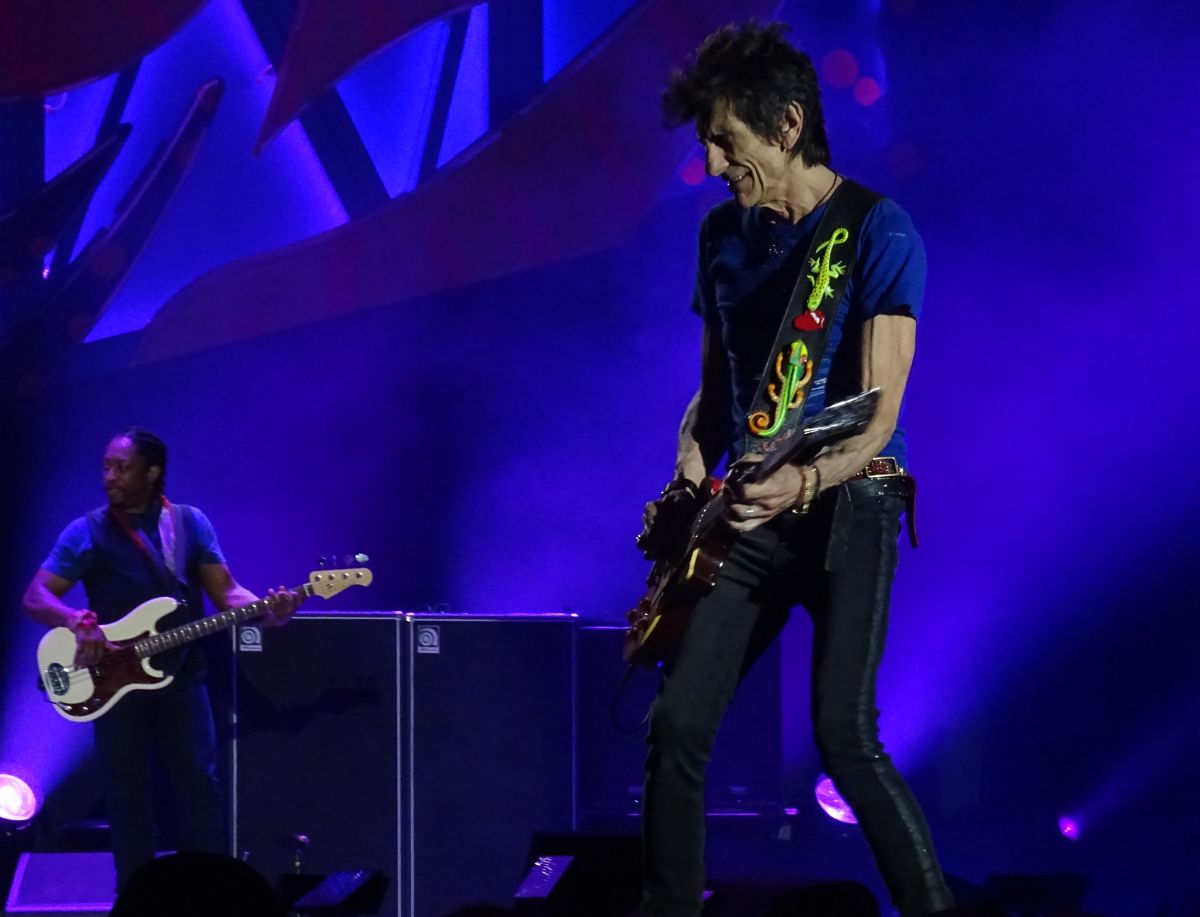 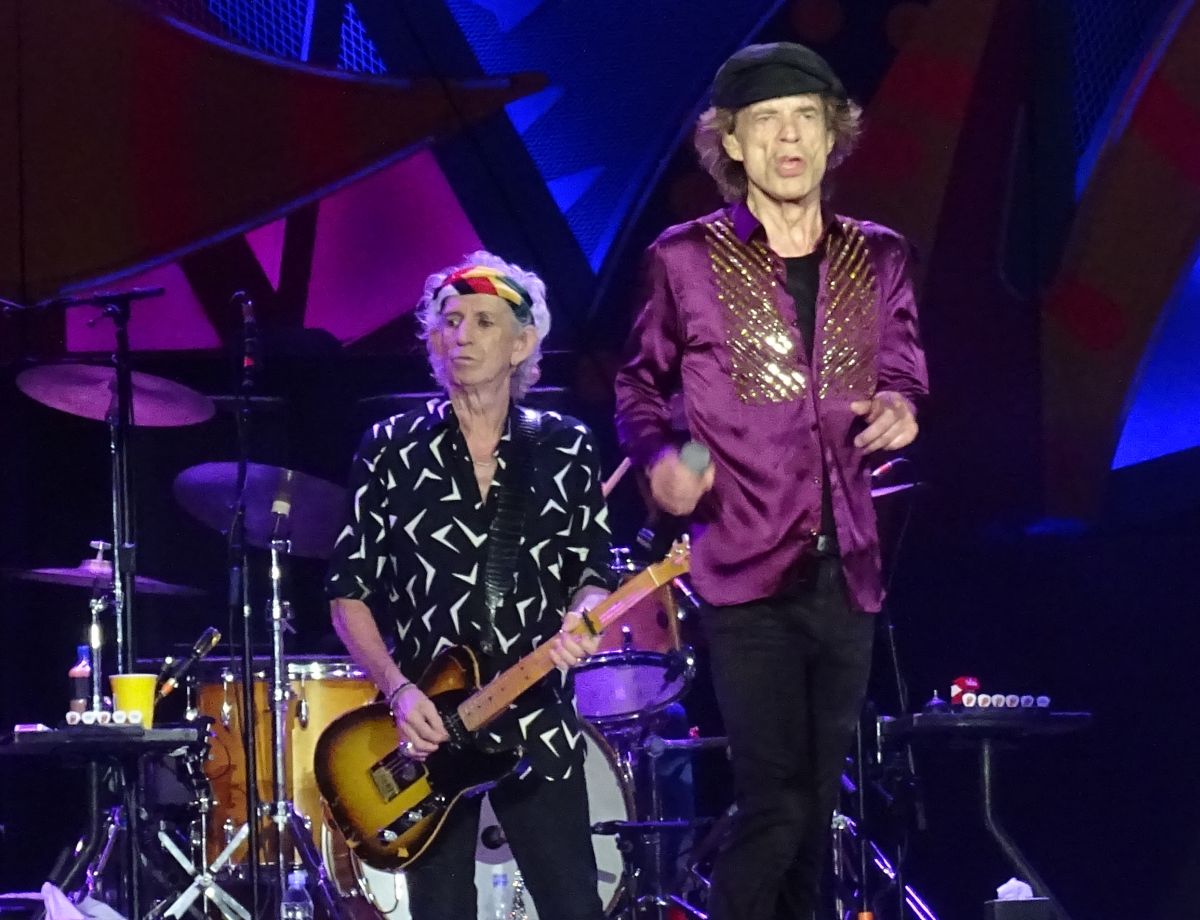 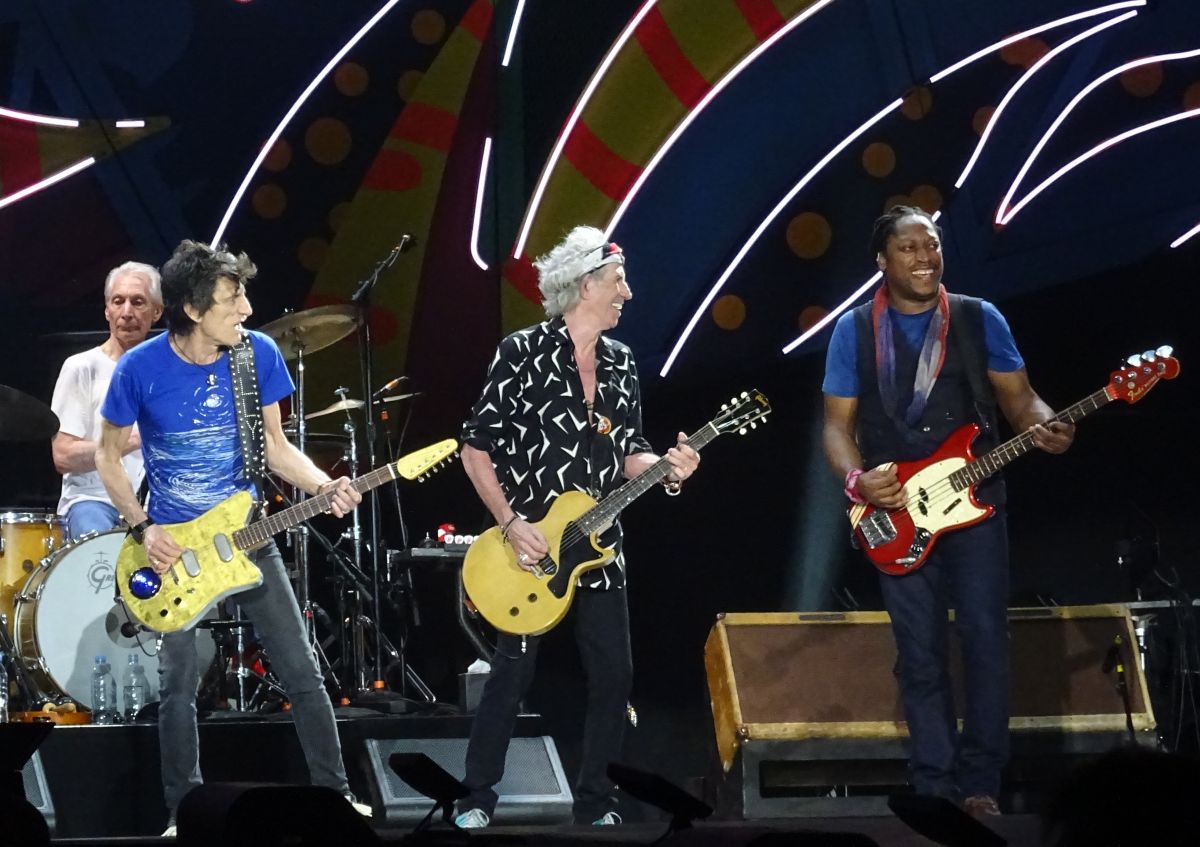 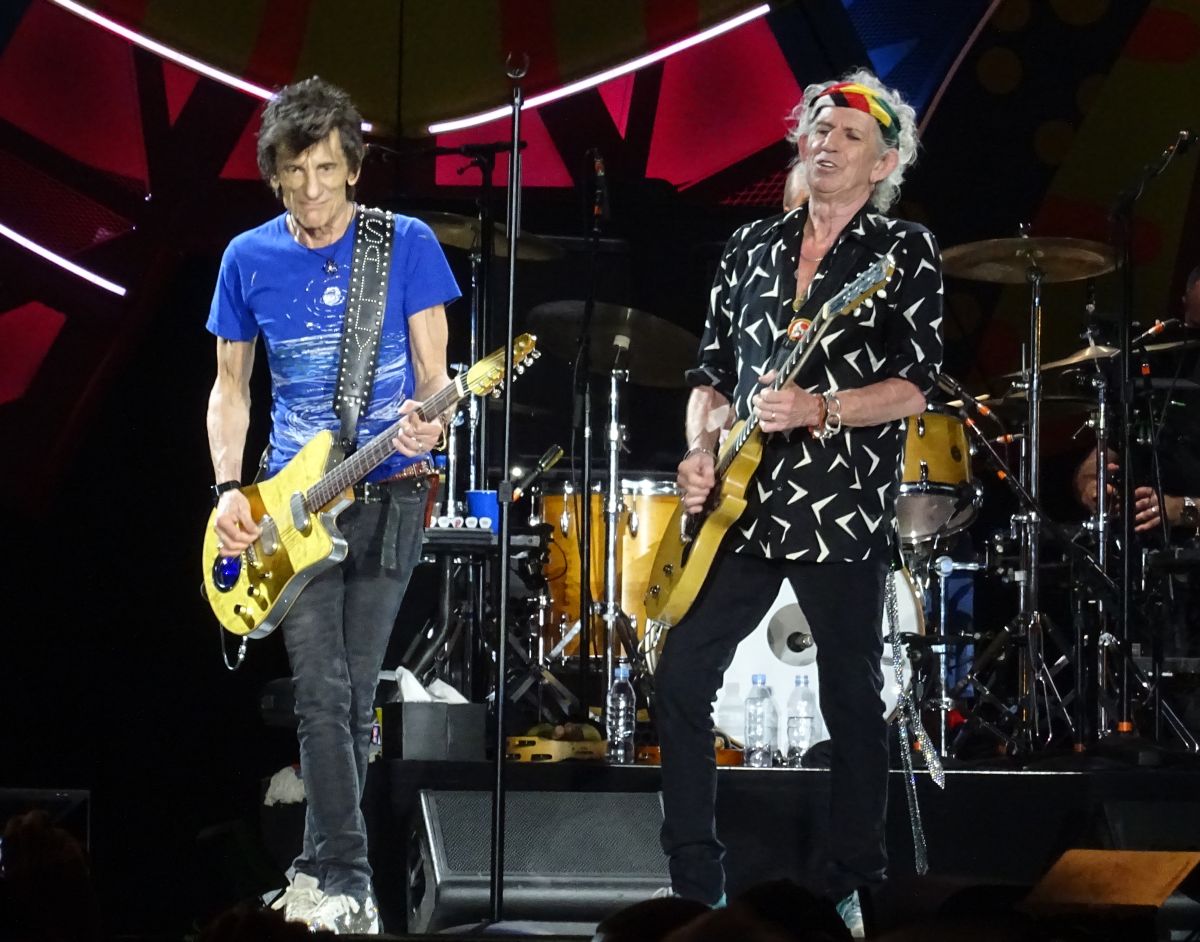 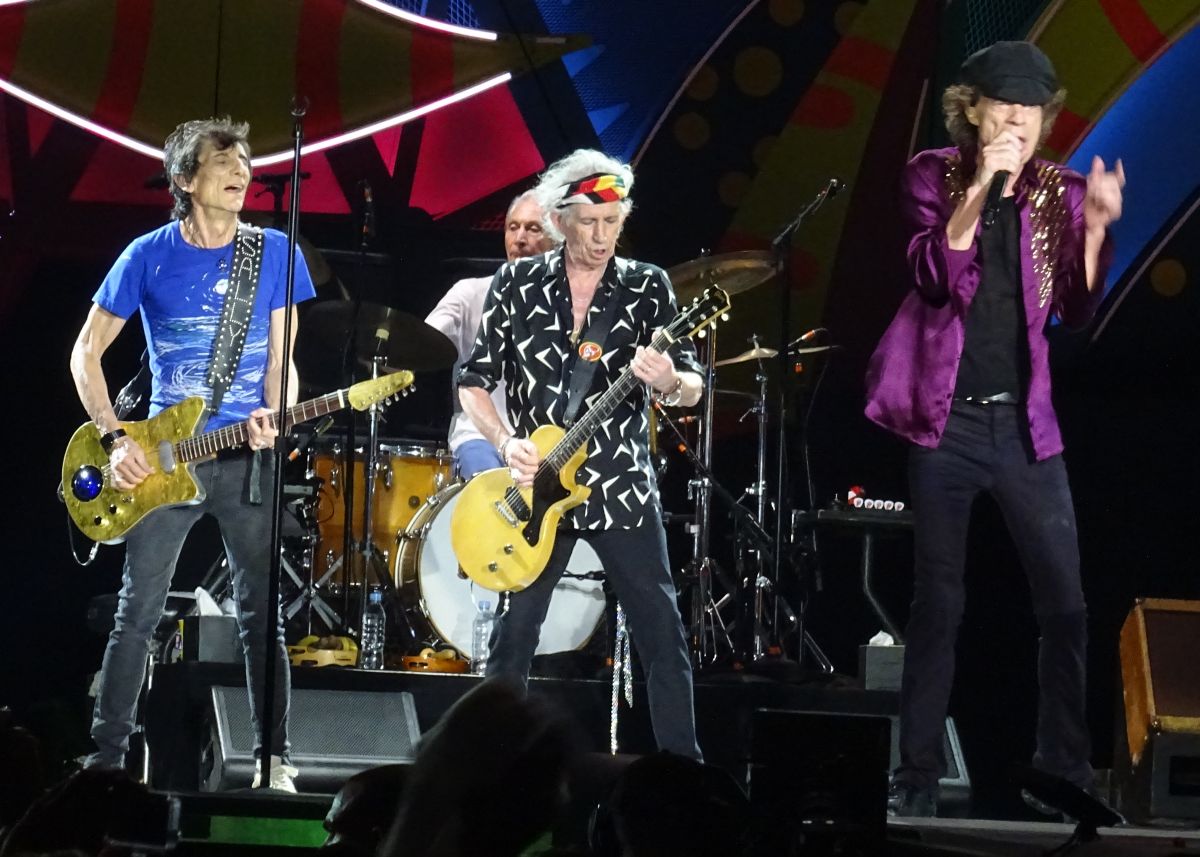 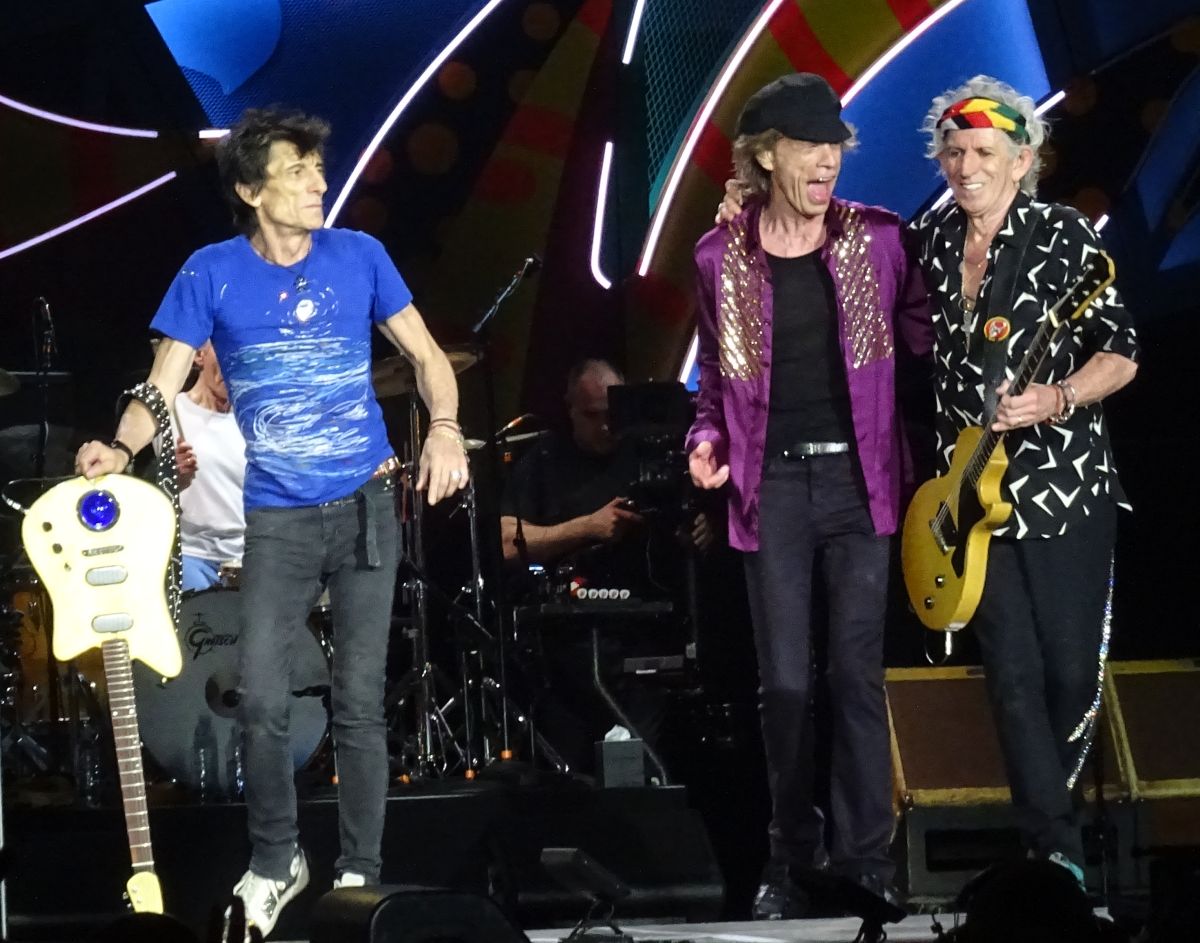 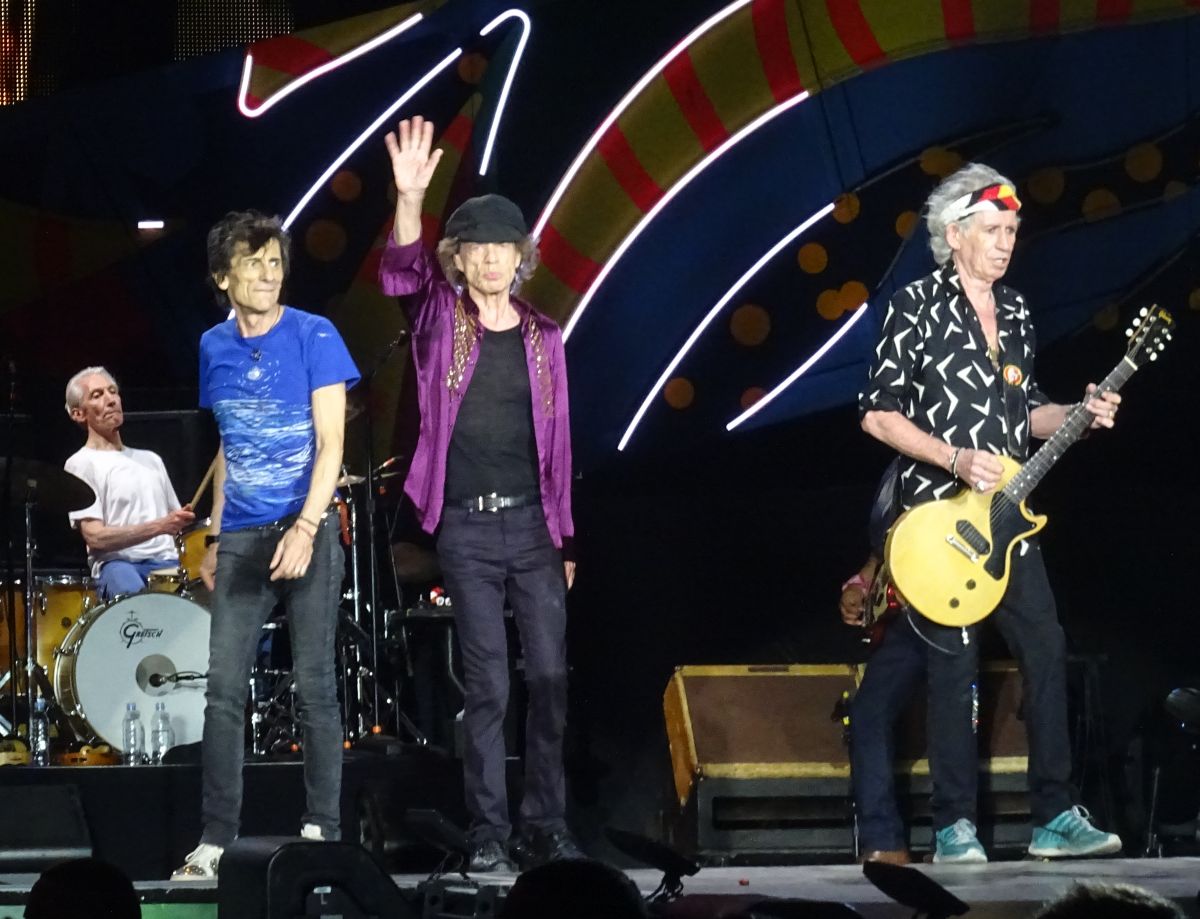 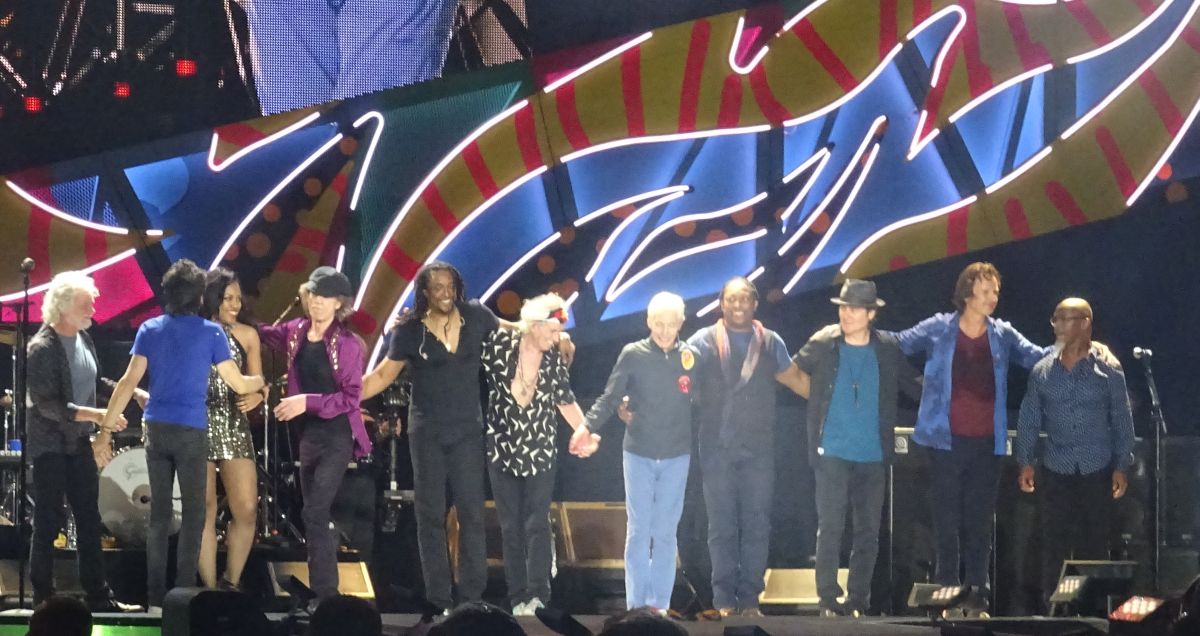 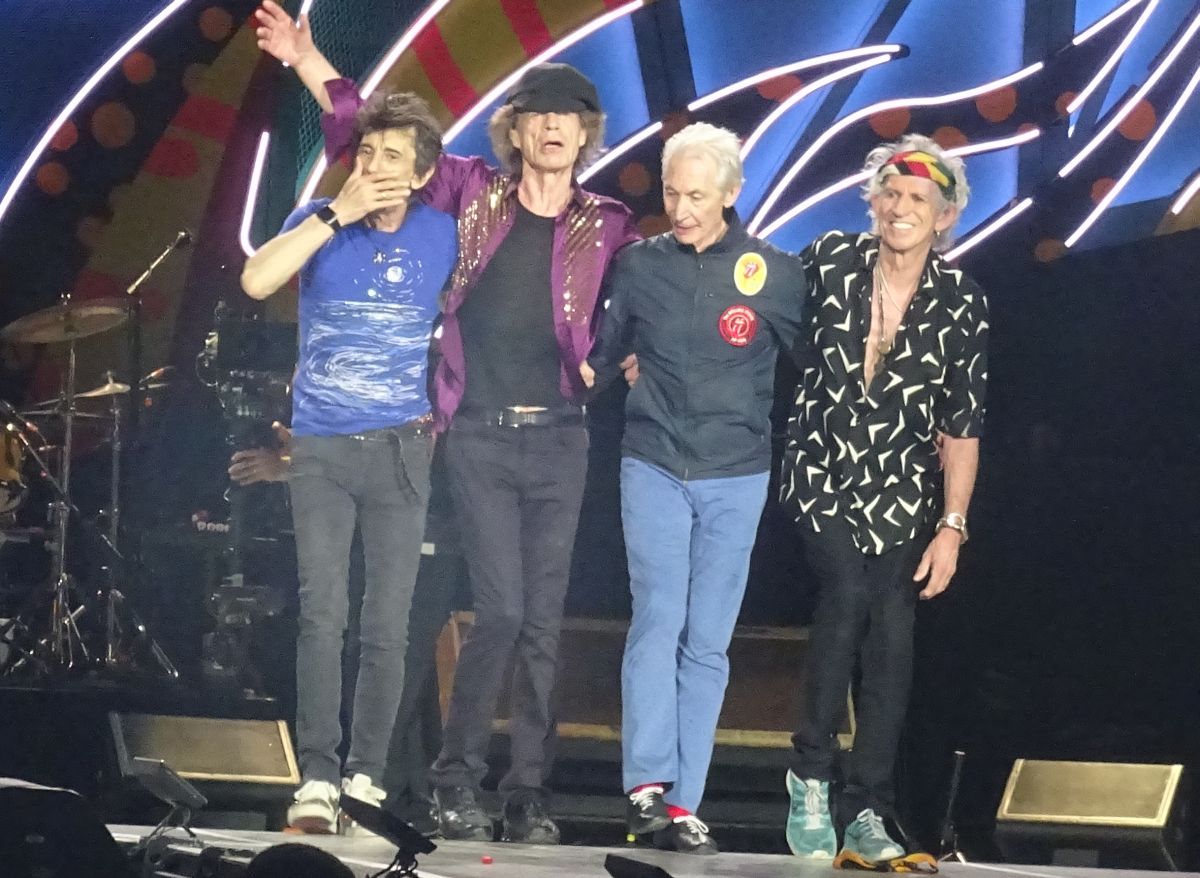