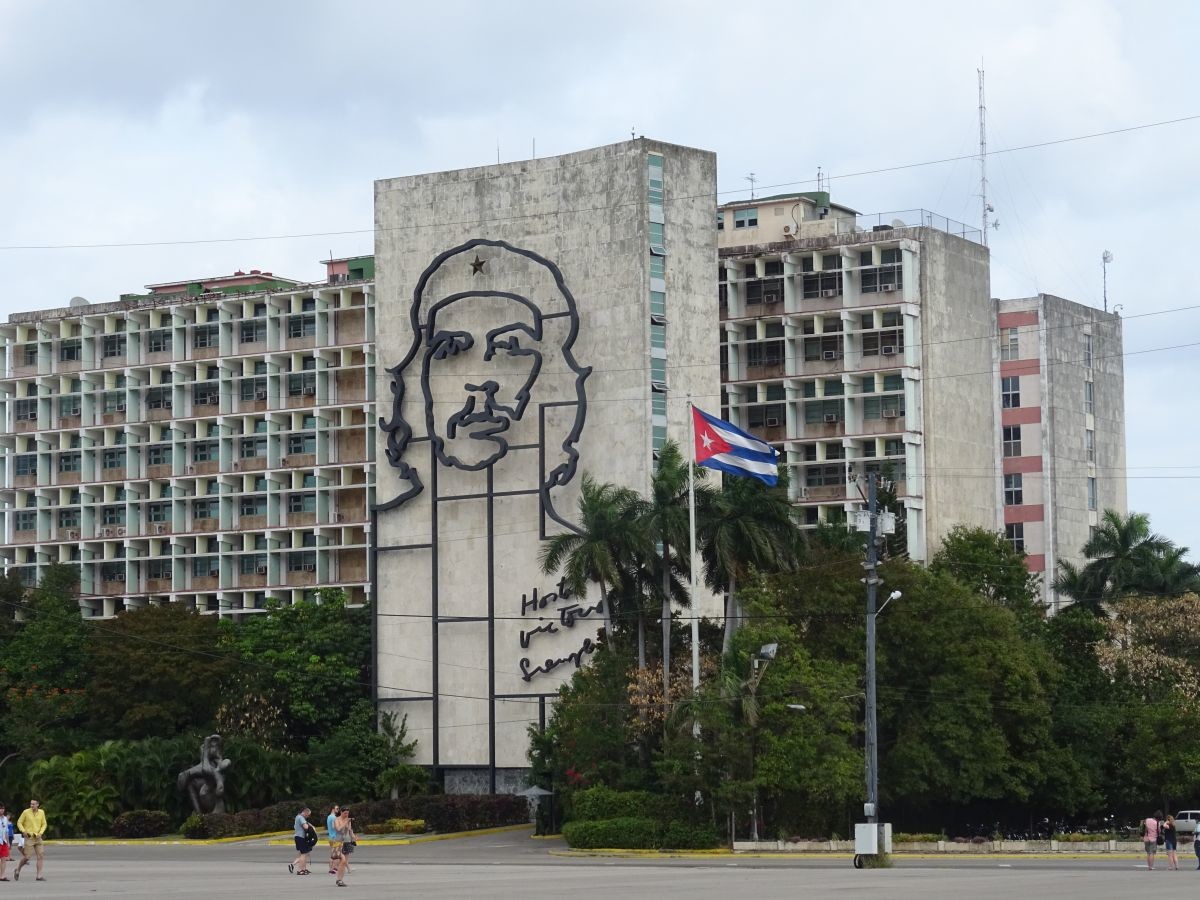 The city of Havana Cuba has not changed much since my previous visits in 2000, 2007 and 2008. I am sure there are many changes as seen from the local people who live here, but as seen from a tourist point of view, it is the same good old Havana Cuba. Havana is a large city, with two million of the eleven million people of Cuba living here. The slow pace, the unique life style and classic buildings, cars and life here is calling upon any visitors for a soon return.

The pictures will tell their stories. The taxi drive from the airport changed. In the old days it used to be in a tired old Lada. Now it is modern yellow taxis and they all charge fixed rates of 25 or 30 convertible pesos (CUC) depending on where you go in the city. A cuc is approx one Euro, or 1.1 US dollar. The small yellow two seated Coco motorcycle engined open “cars” rally around at slow pace, working hard in the few uphills, diving down at a slightly higher speed downhill. They cost 10 cuc but they are a joy to ride.

The old trailer style trucks that were used for transportation like a bus are now replaced by real modern buses. The Habana Vieja square i.e. the old town is finally completely renovated. It is beautiful, unique, and there are some bars and restaurants there that are swarmed by tourists.

If you walk the street Obispo from the old town to the Floridita bar in the late afternoon you will see the biggest difference in Havana now versus 16 years ago, when I did my first visit, and 8 years ago, when I did my last visit to cuba. There are more tourists. The Obispo is like a tourist magnet. No problem with tourists, I am a tourist myself, but dressed out dogs, a rat riding on a dog, or all that other tourist part is not my cup of tea.

I like to walk on the Prado, which is the wide street from the Capitolio to the Malecon, where the sea is. There you find the real Havana life style, mixed with the tourists. Some tourists have a backpack and they walk with a higher speed than the locals. The local kids,. the old people, all ages are found on the Prado. They play chess, they sit by their balcony watching the life, and the sun is shining. My classic “mafia style” Hotel Sevilla is sitting right on the Prado, and the Sevilla has a separate story to tell; I will tell it later.

The people watch the life on the Prado and other streets from their balconies. It is +35 C daytime i.e. 95-100 F and sunshine so you only have a minimom of cloths not to offend being nude. The girls dress with a minimum and they look great. The boys probably look great too, I am not in the position to tell…

Internet was a big mystery for a few days. I could see the young people hanging outside all the large hotels, often in groups of five or ten, working with their mobile devices. Then I found out there was the same Internet provider all over Havana. You just needed a card that cost 3 cuc on the street.

If you walk the San Rafael street from Inglaterre for five blocks then you arrive at a square with more than hundred people busy on their mobile, PC or whatever device. As you enter “Parque Fe de Valle” as a tourist there are half a dozen “internet card” suppliers who ask if you need a card. They sell the cards at 3 cuc and I have stacked up with enough cards now. The cards bring me online and I can use my own PC. The sleeping dog in the front in the picture is the only living creature that is not online on this square.

Malecon is the large “molo” or barrier that is protecting Havana from the Atlantic Ocean. It is elevated 3 – 6 meters i.e. 10-15 feet above sea level, and it goes all the way for miles. Next to the Malecon it is a wide walkway, then there are traffic both ways, in 3-4 lanes. The lane that is closest to the ocean is not much in use, because the ocean hits in many times. I was a bit ill in Lima and Bogota, and getting worse in Mexico City, so I have not been running for three weeks. Yesterday I felt great, and I was running for an hour on Malecon. Watching the waves hitting in, I tried to escape both the waves and the cars in the street, it was a great running hour, and I think I will run again tomorrow, or on Saturday. In the morning there is a nice temperature of may be 25 C to 30 C i.e. less than 90 F, with a breeze from the ocean.

On Tuesday I met up with one of the biggest Stones fans in Cuba – Eduardo Del Llano. See picture of Eduardo and me below. We met at the Fresa y Chocolate bar in Vedato, where he lives and works at the film institute. He has seen the Stones three times in Europe 1995, 2003, 2007 so he is what I would call a superfan from Cuba.

The sun is shining here in Havana, and I should not be online. The city is calling, and today The Rolling Stones are arriving into Havana today. 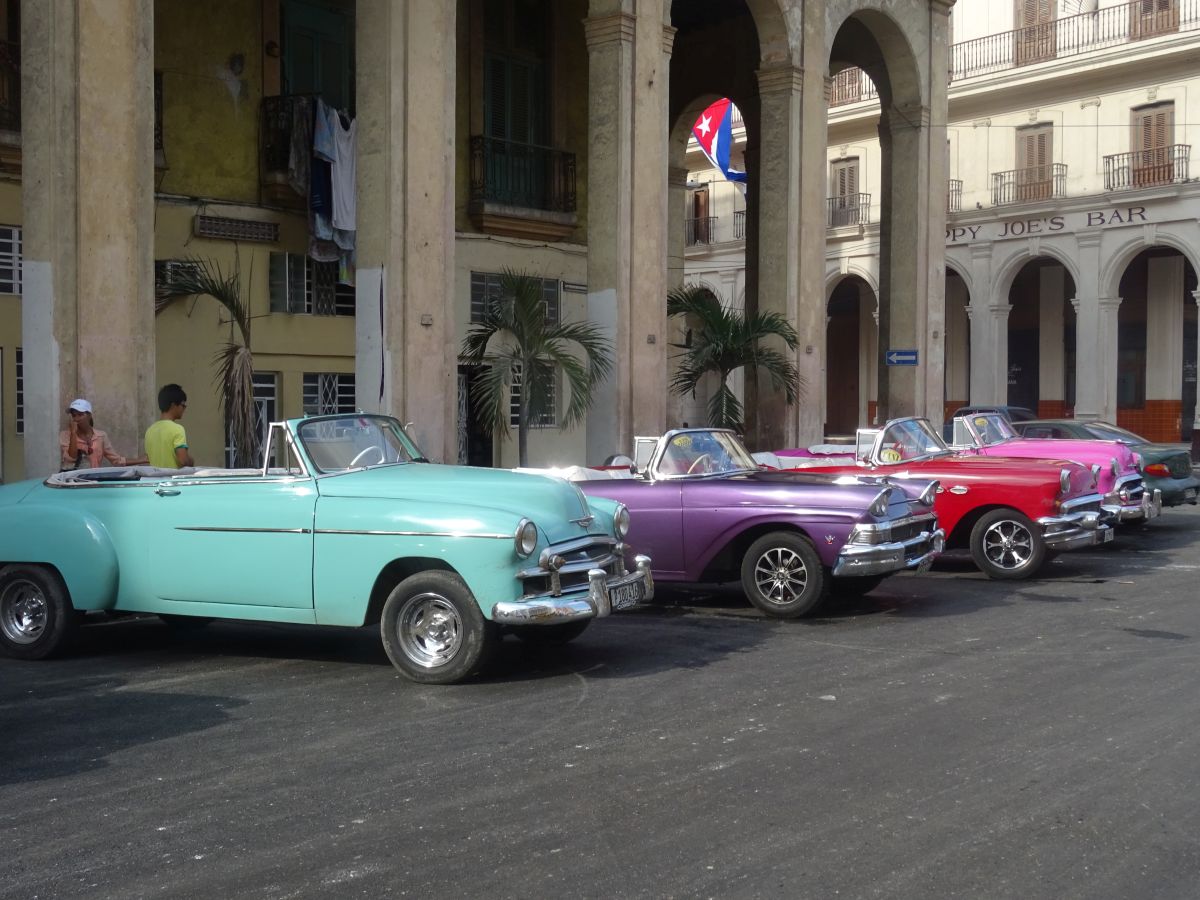 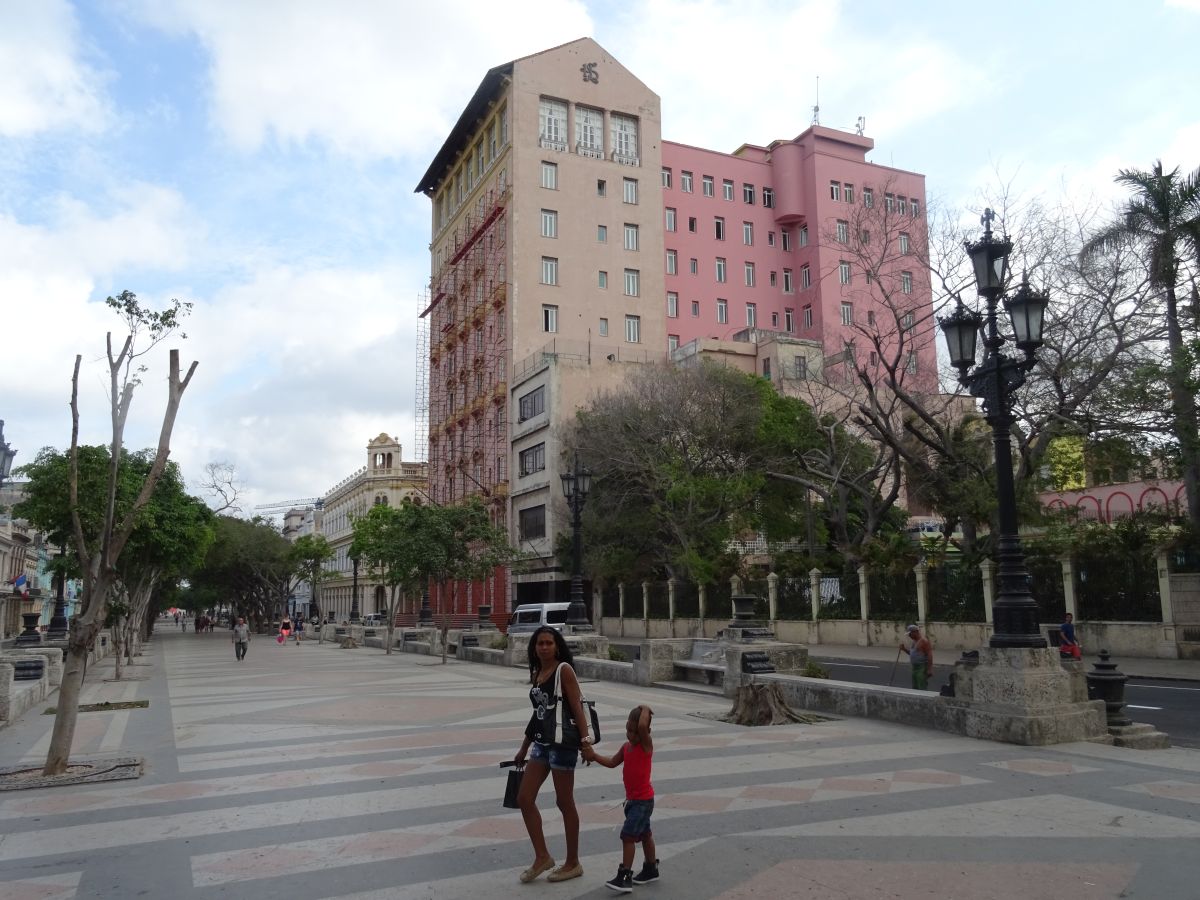 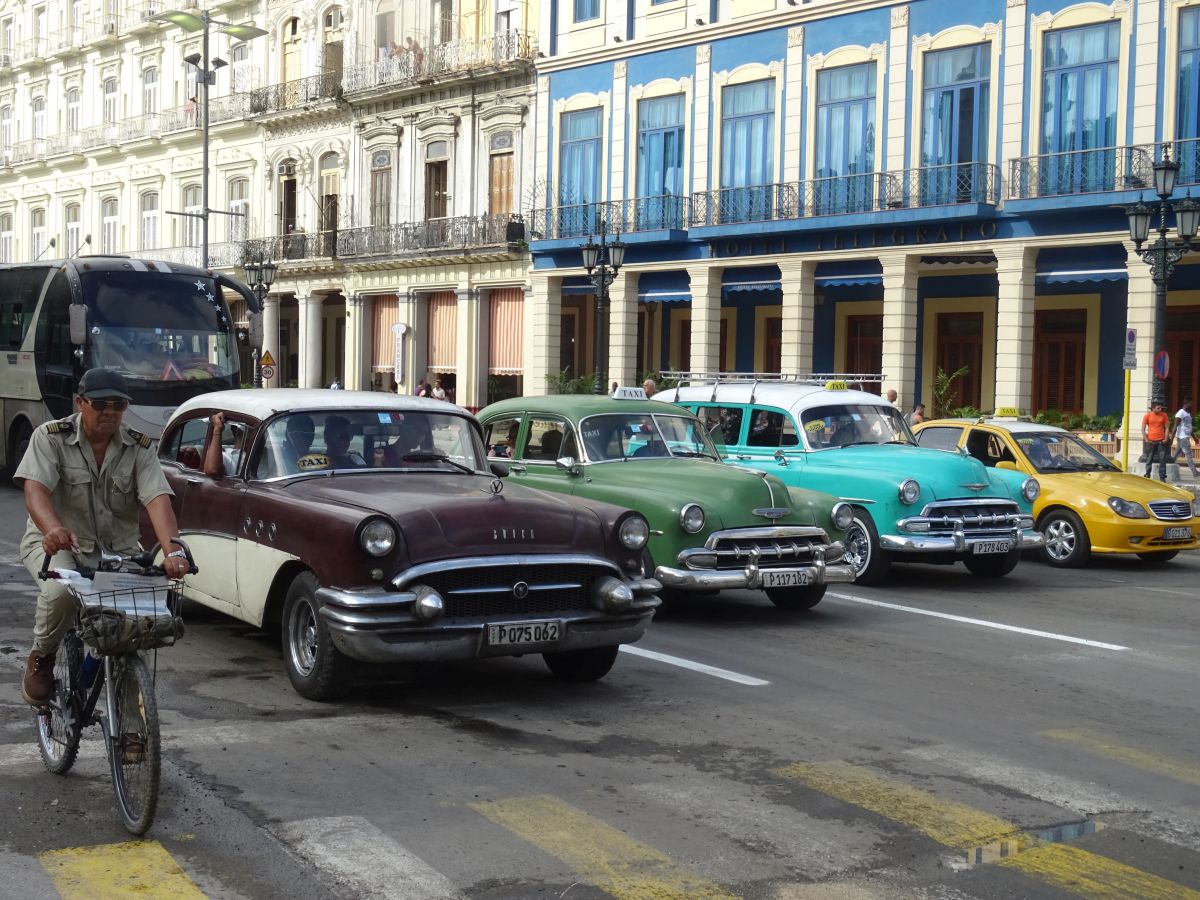 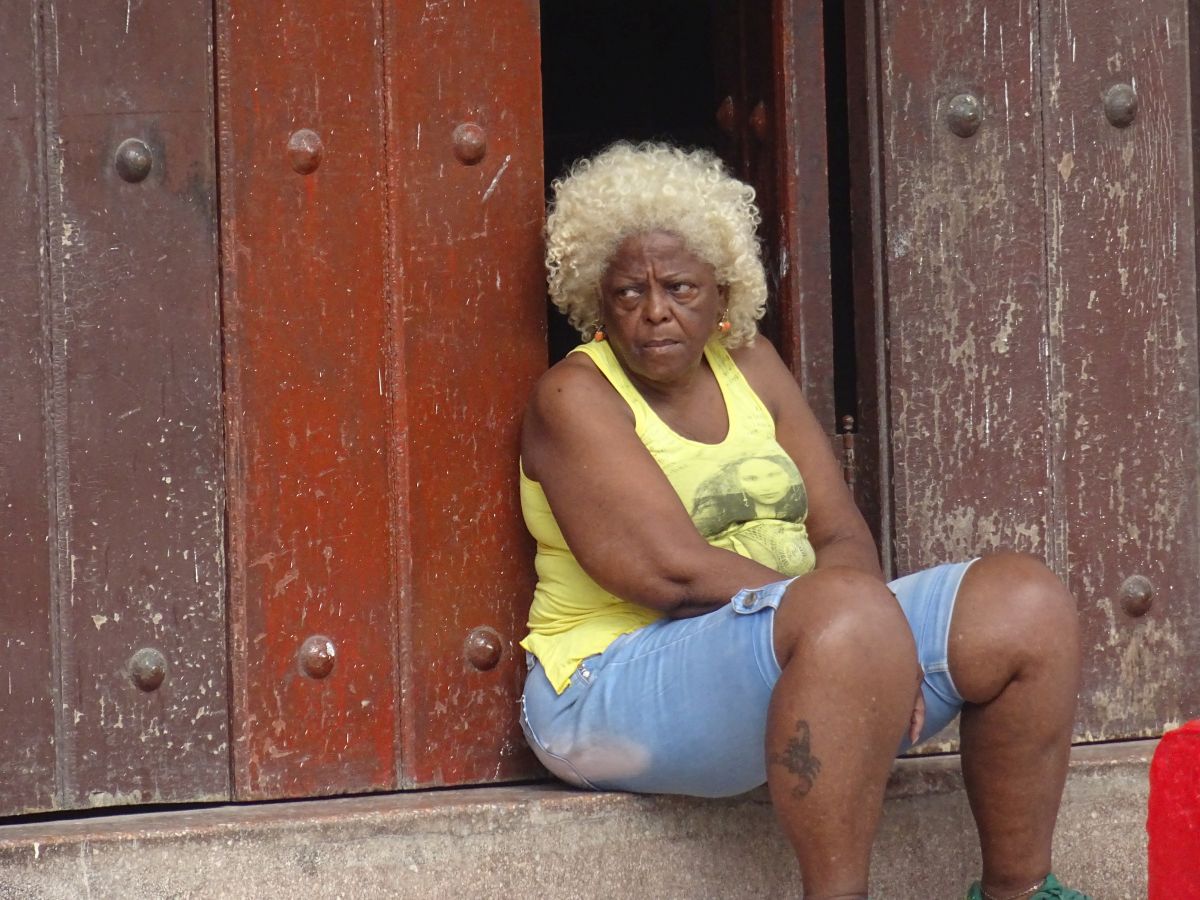 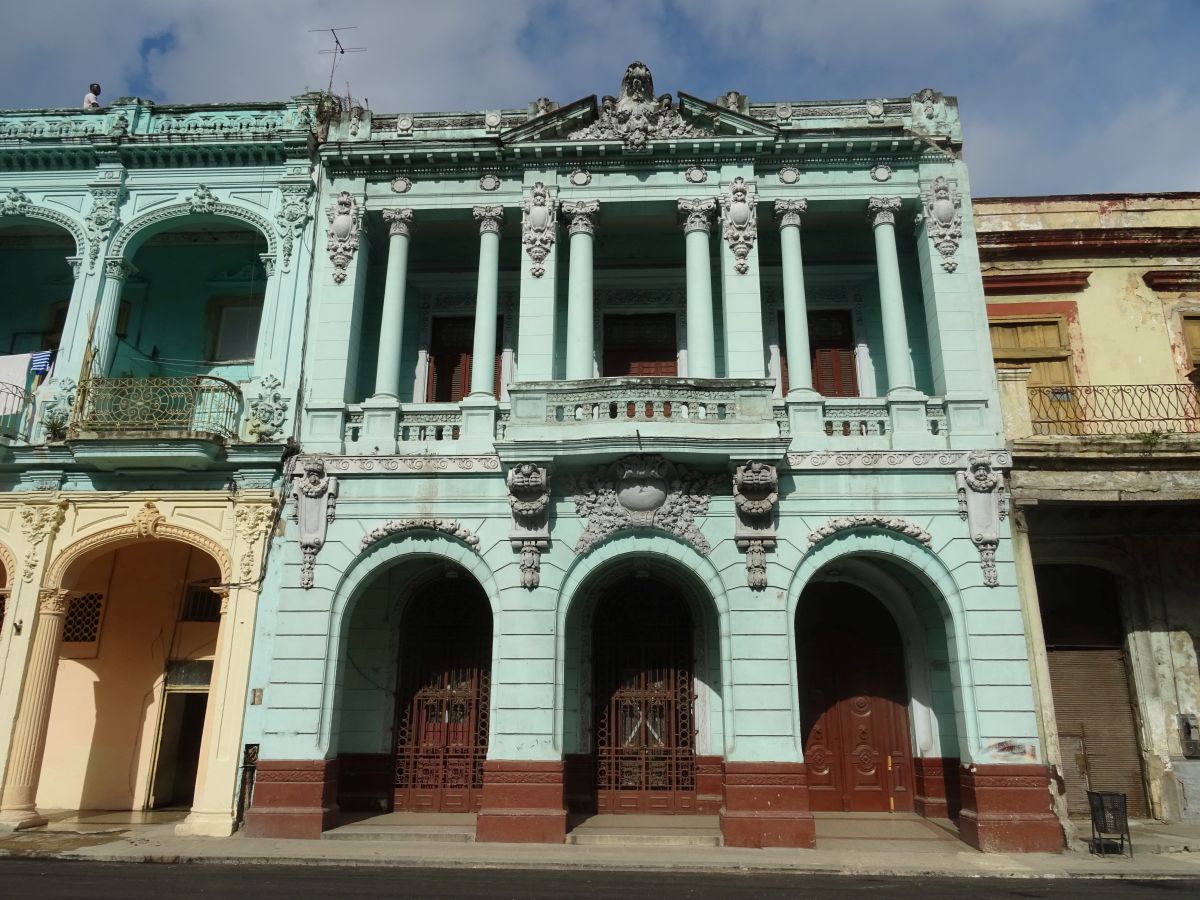 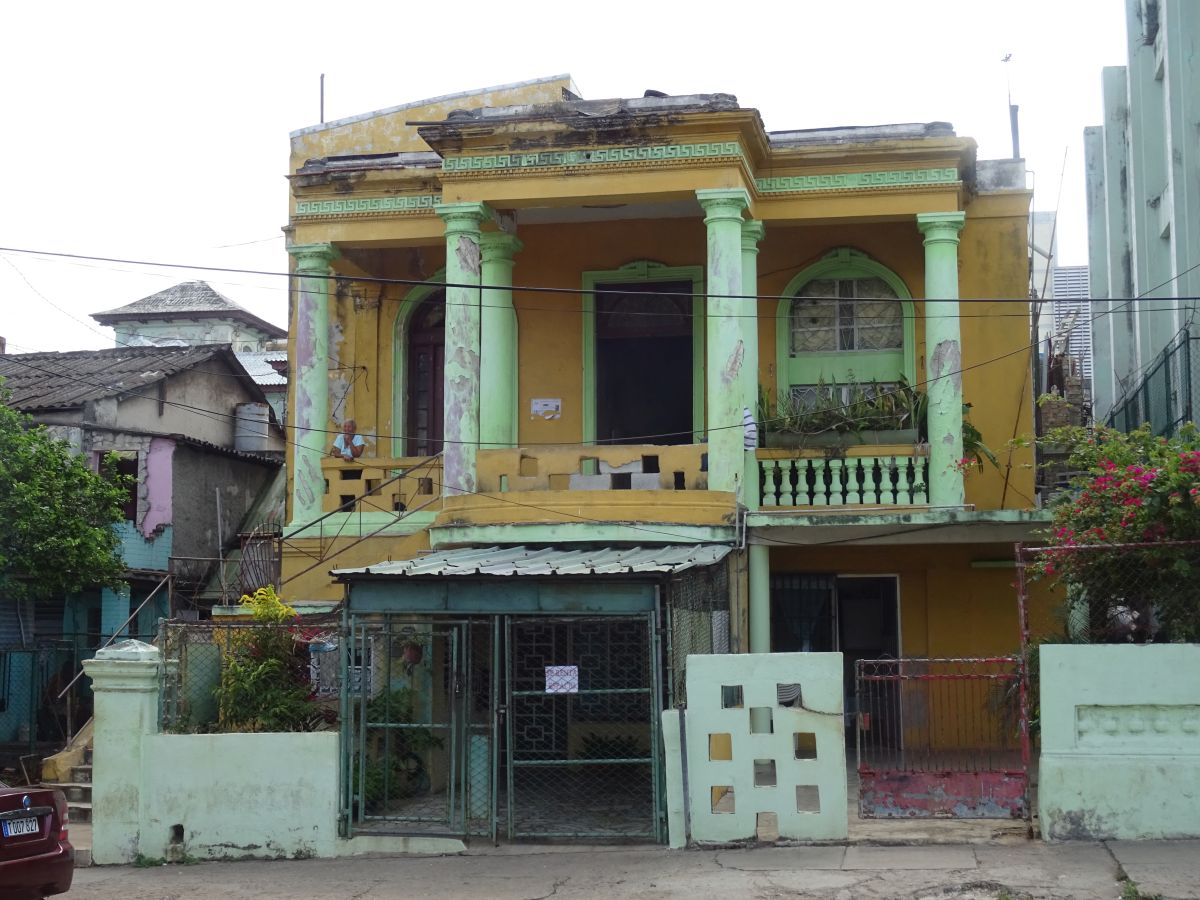 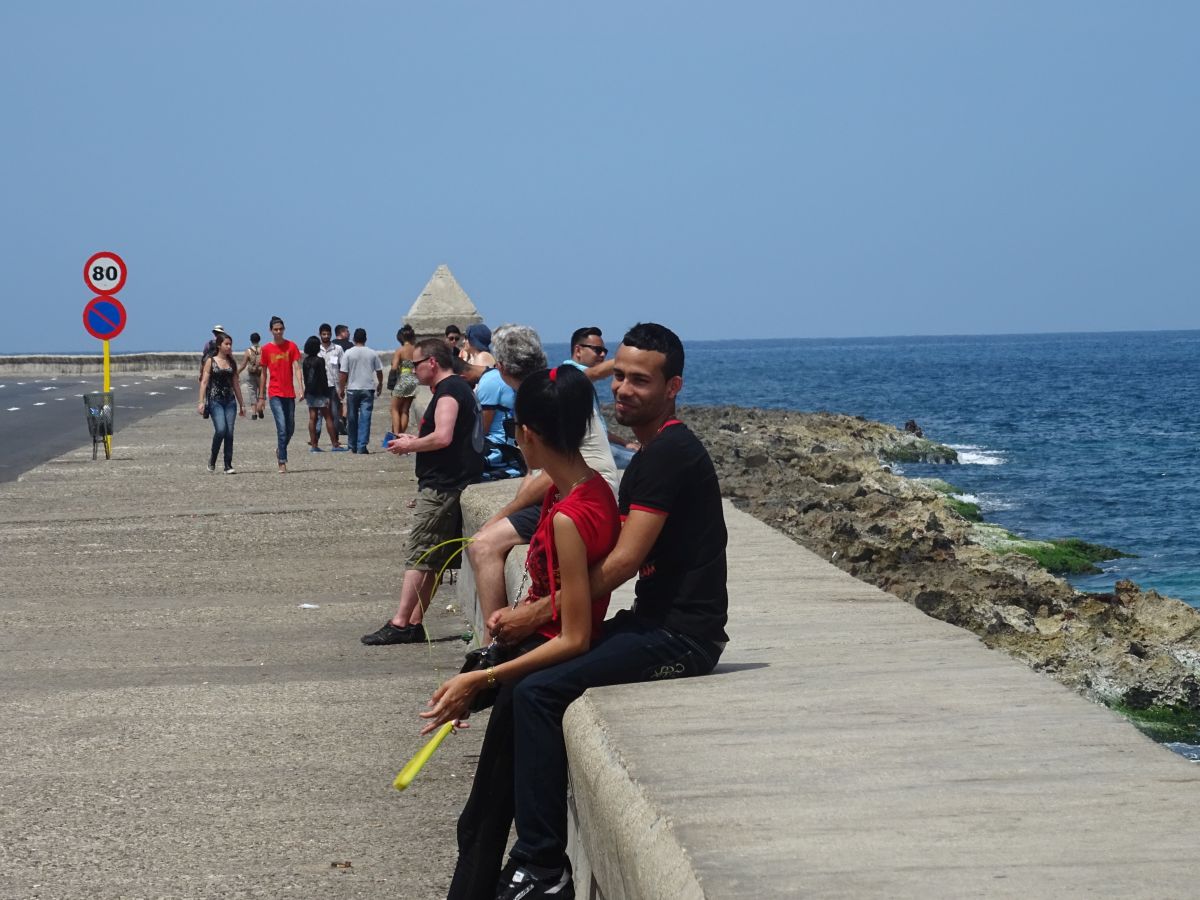 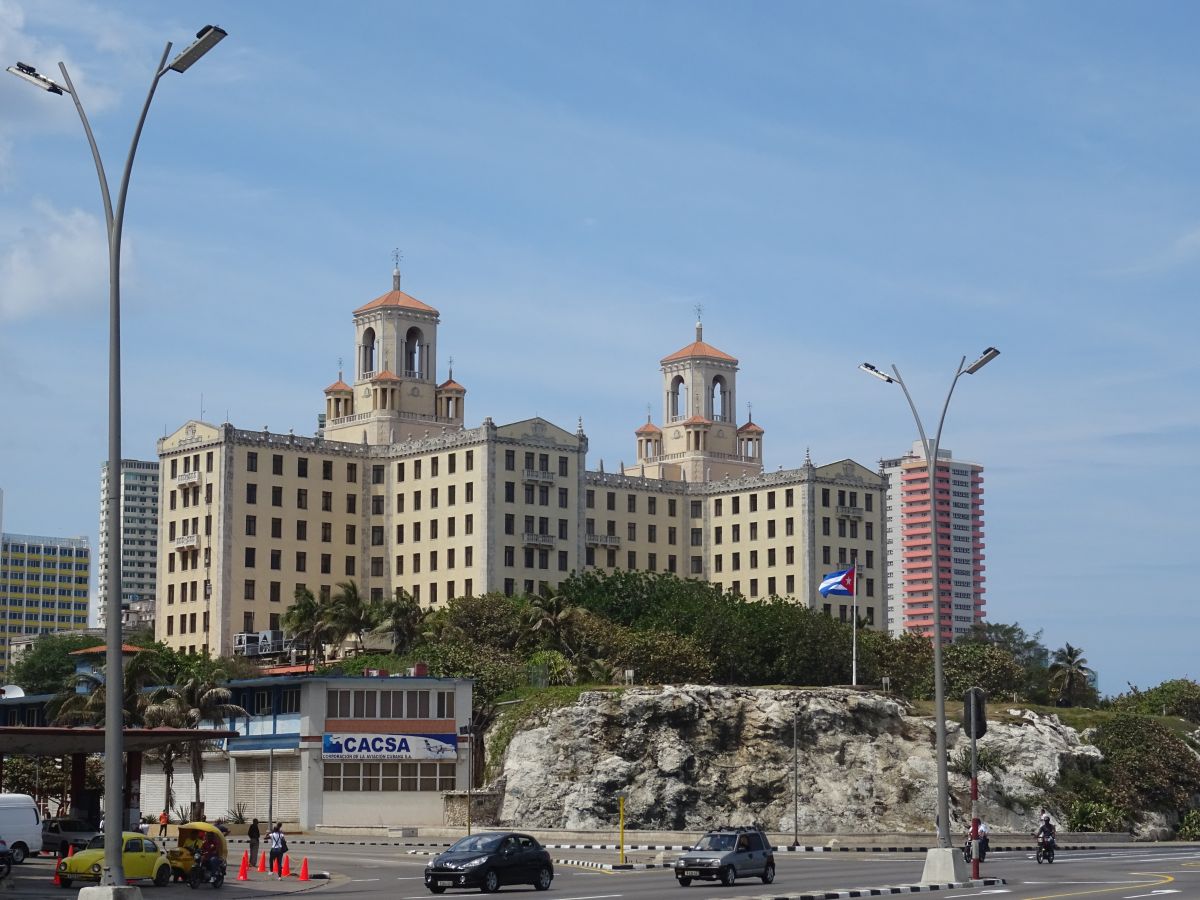 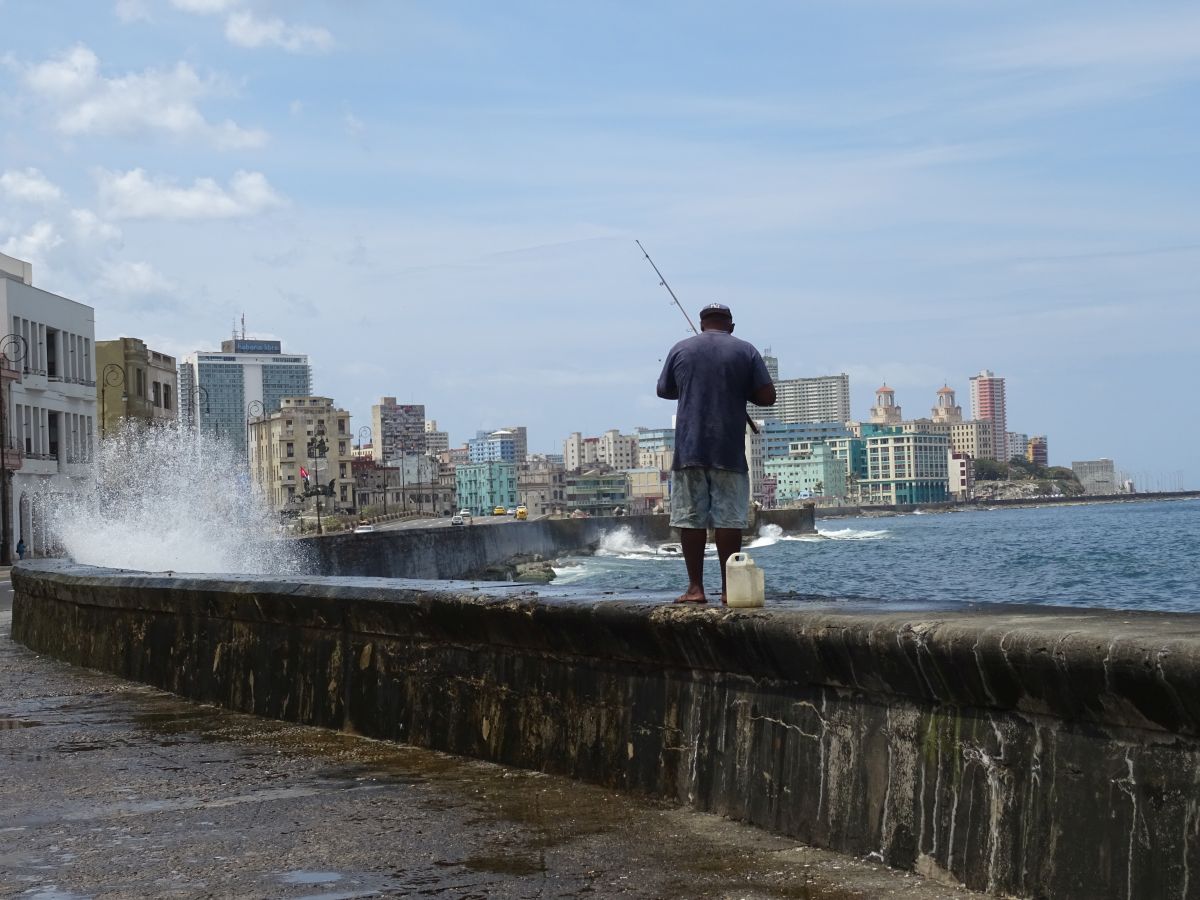 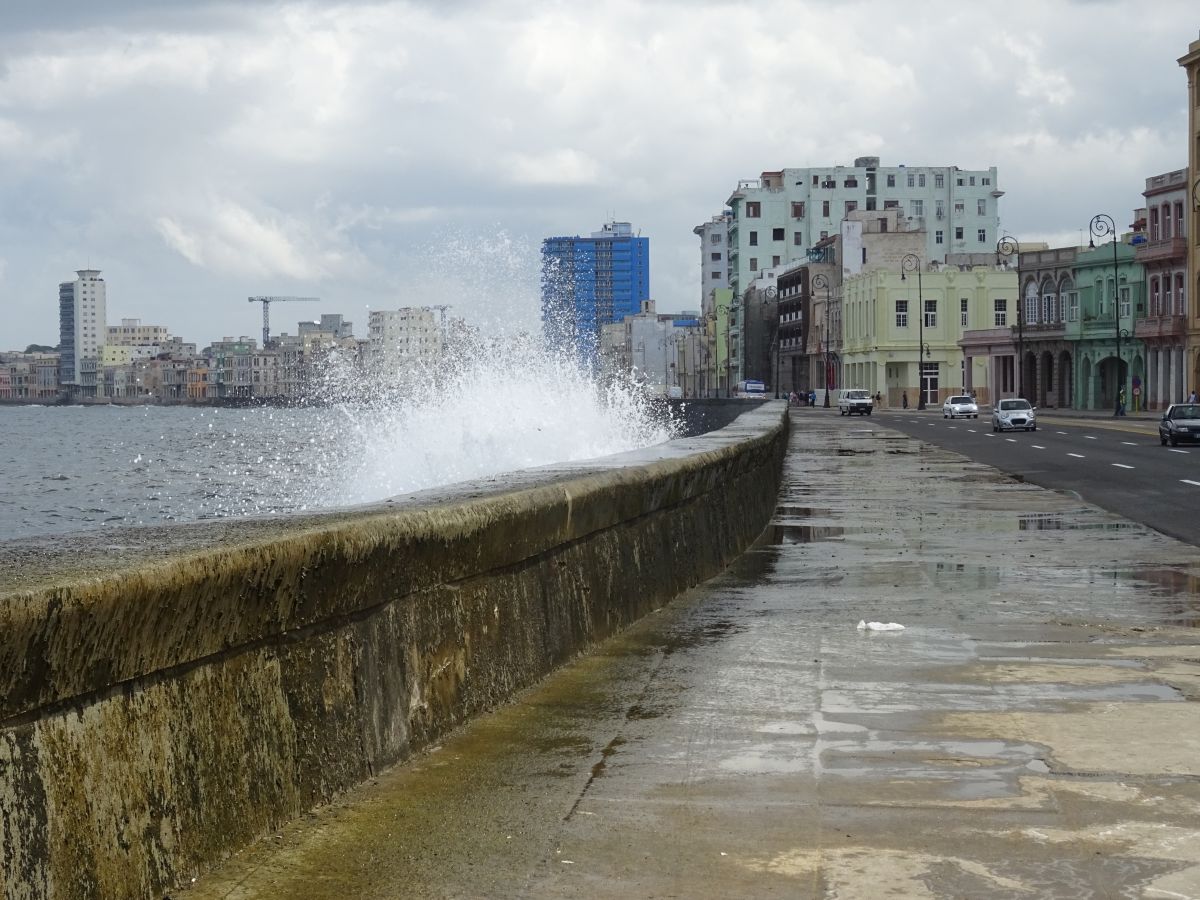 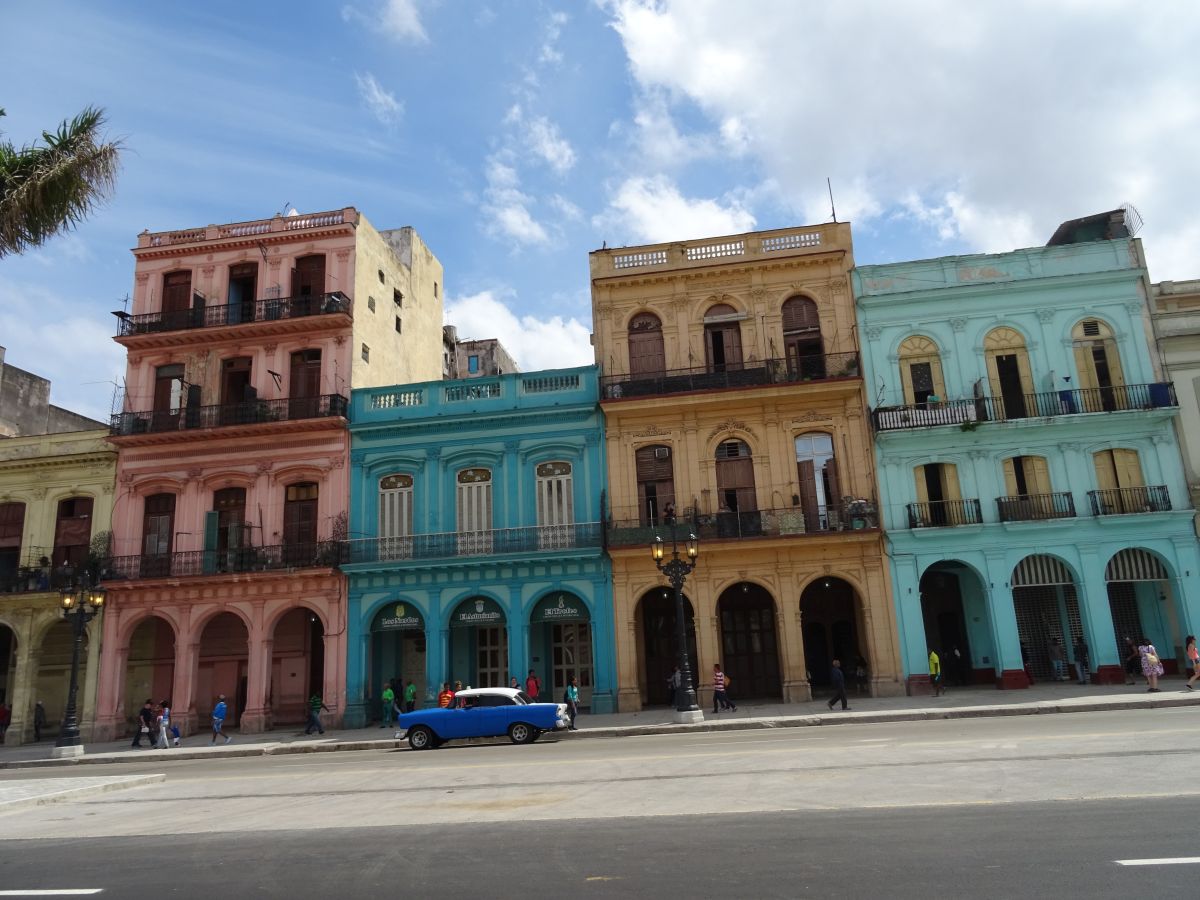 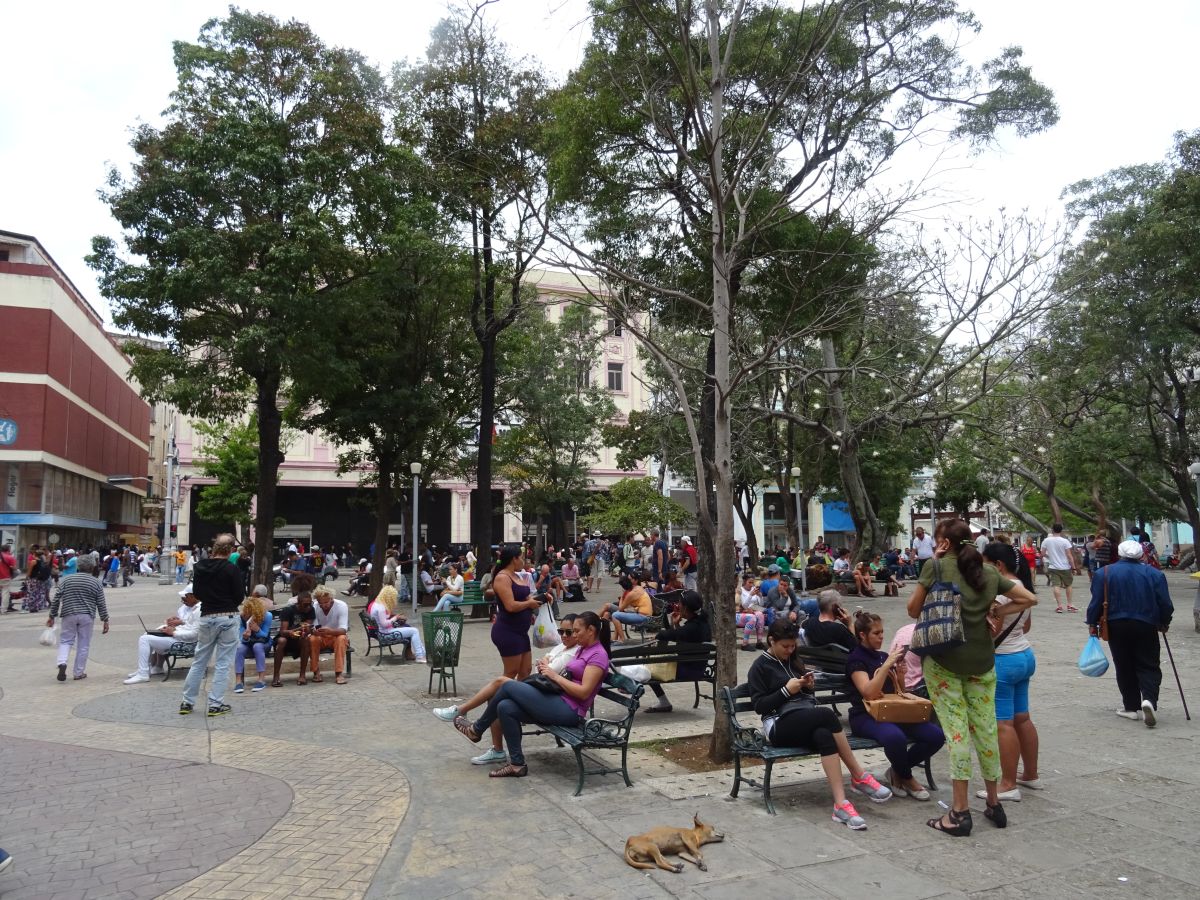 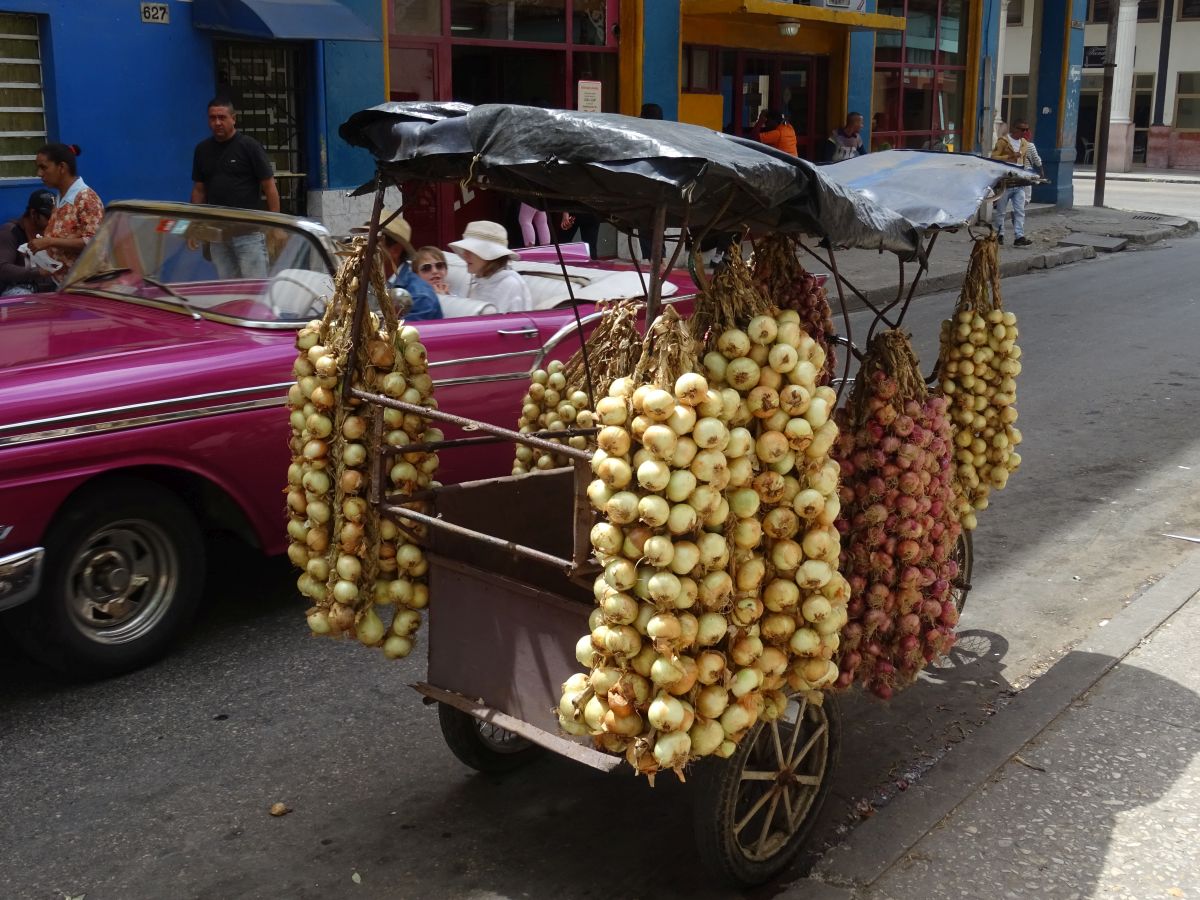 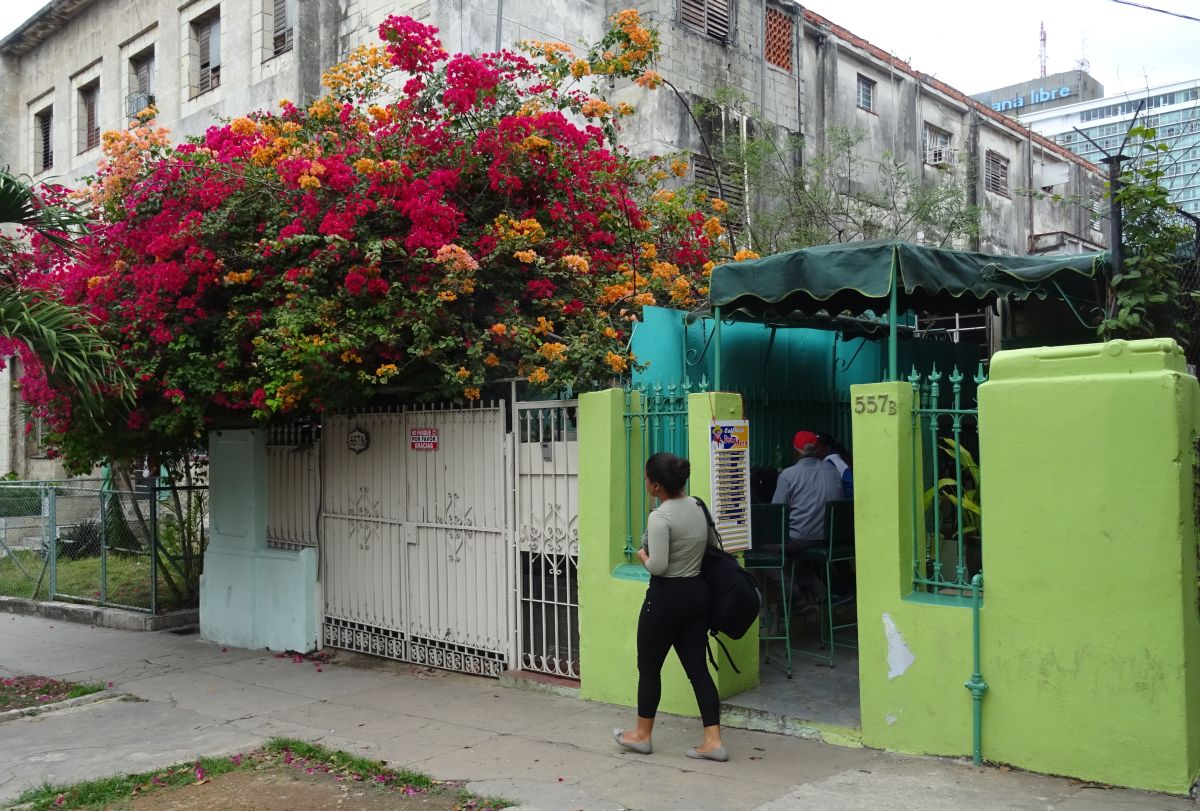 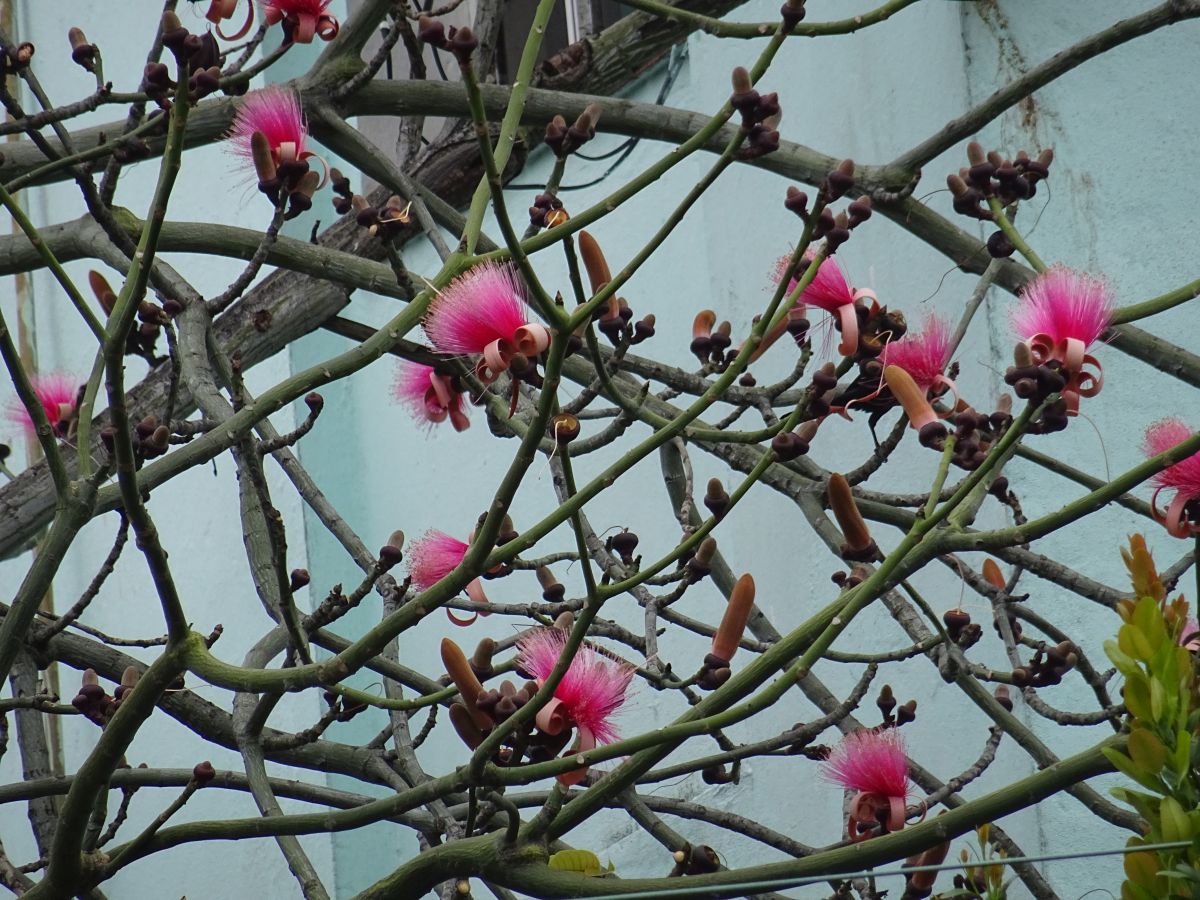 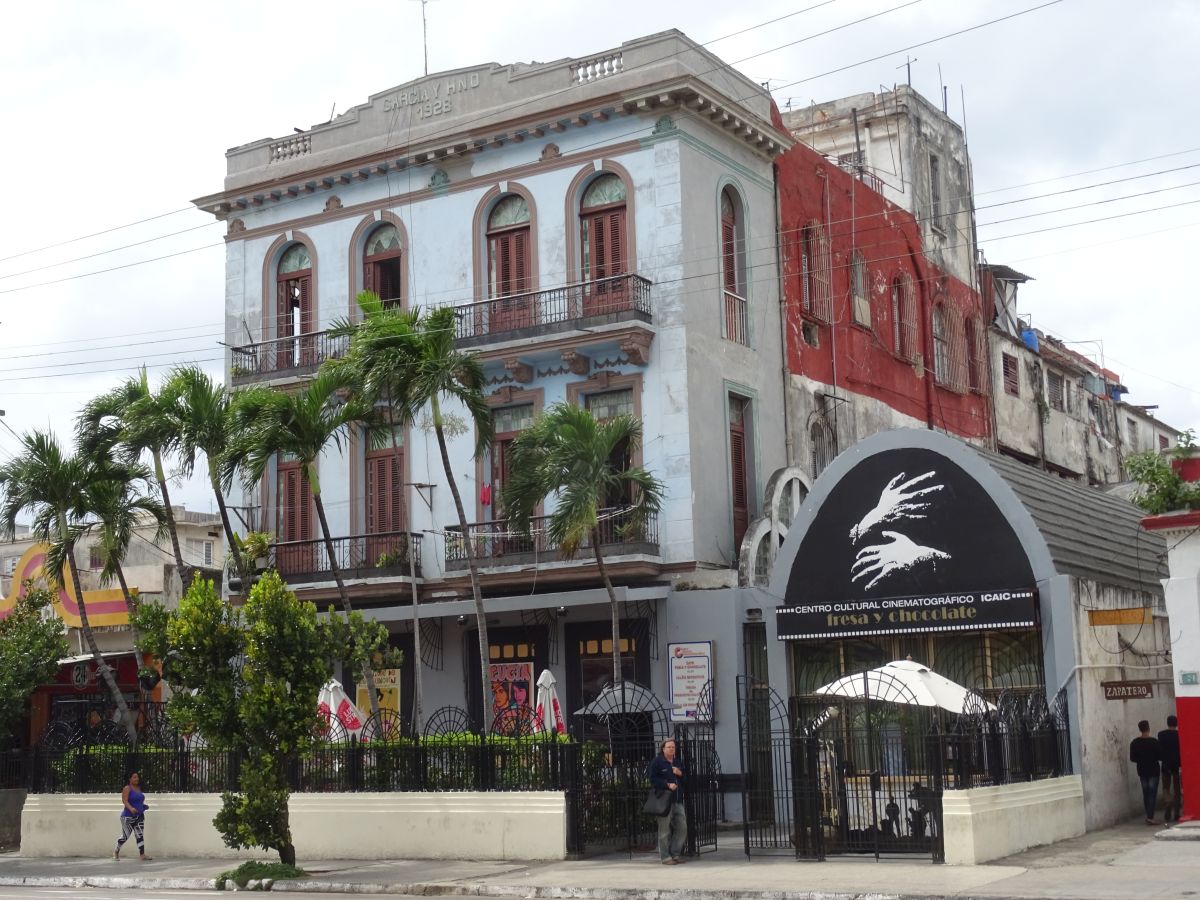 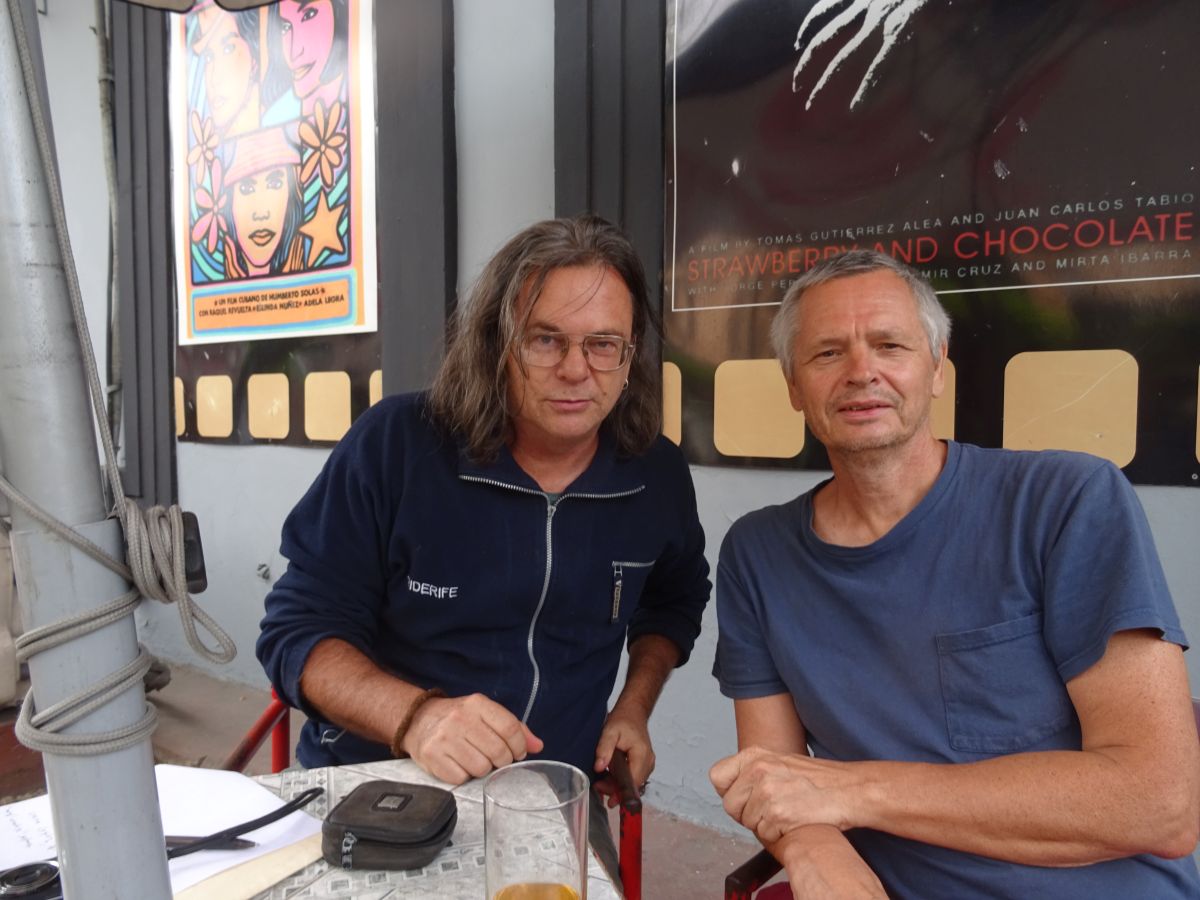 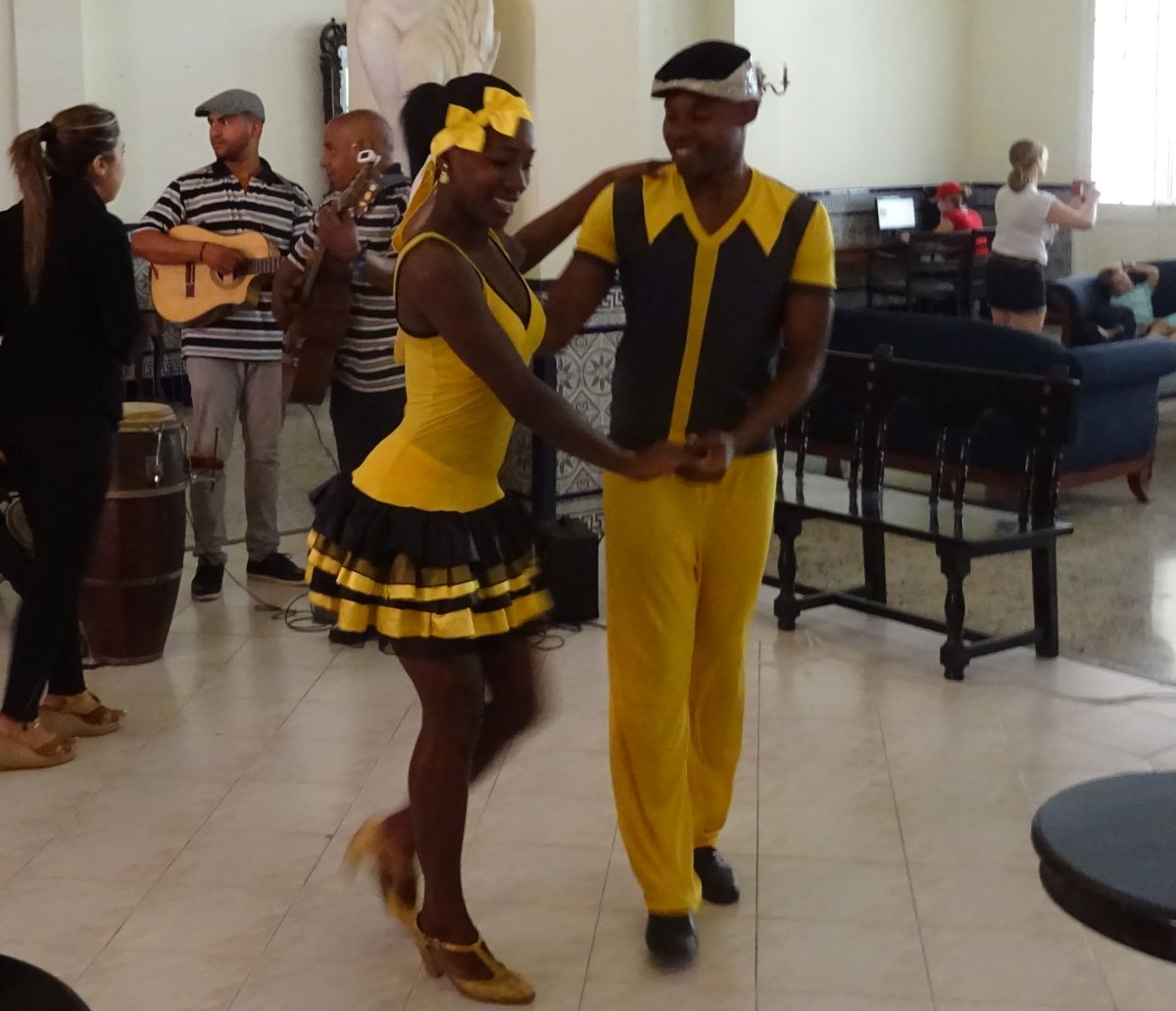 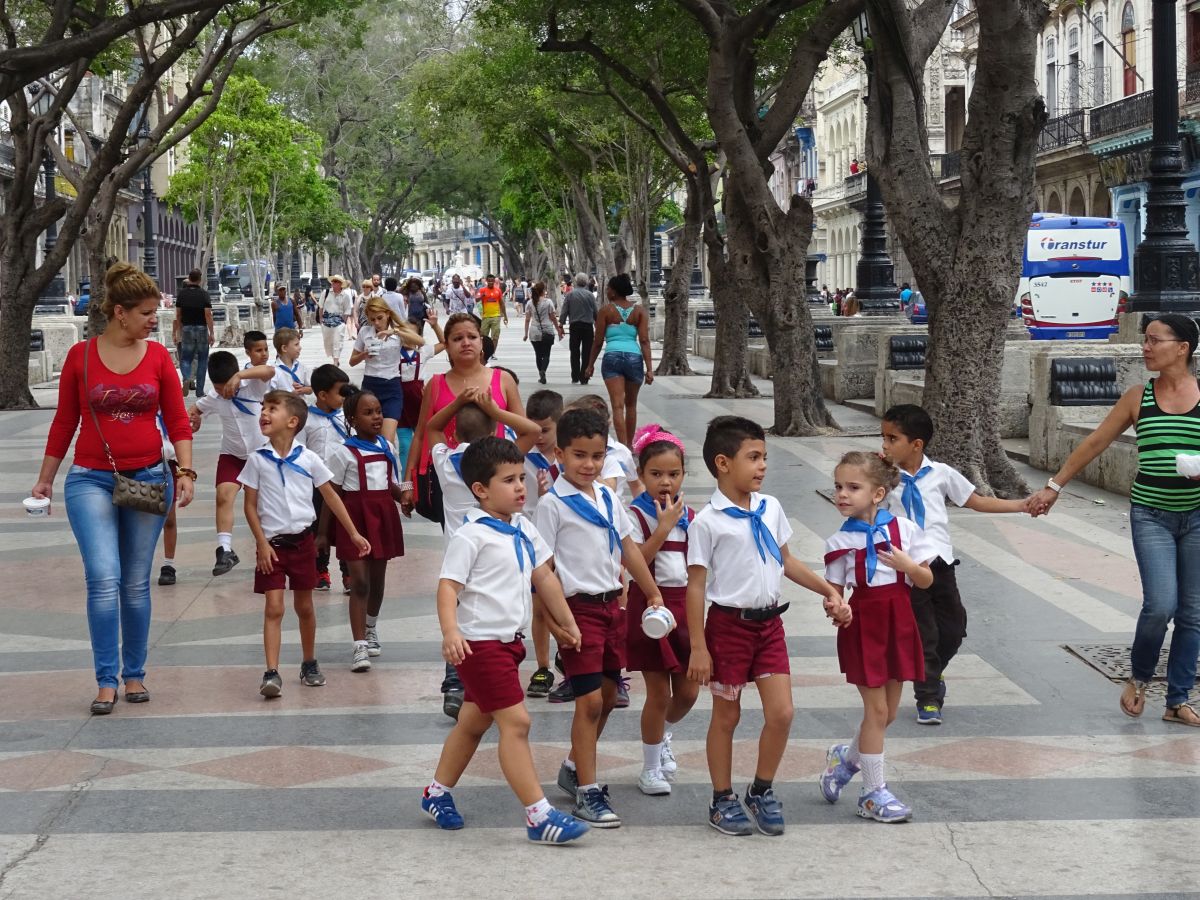 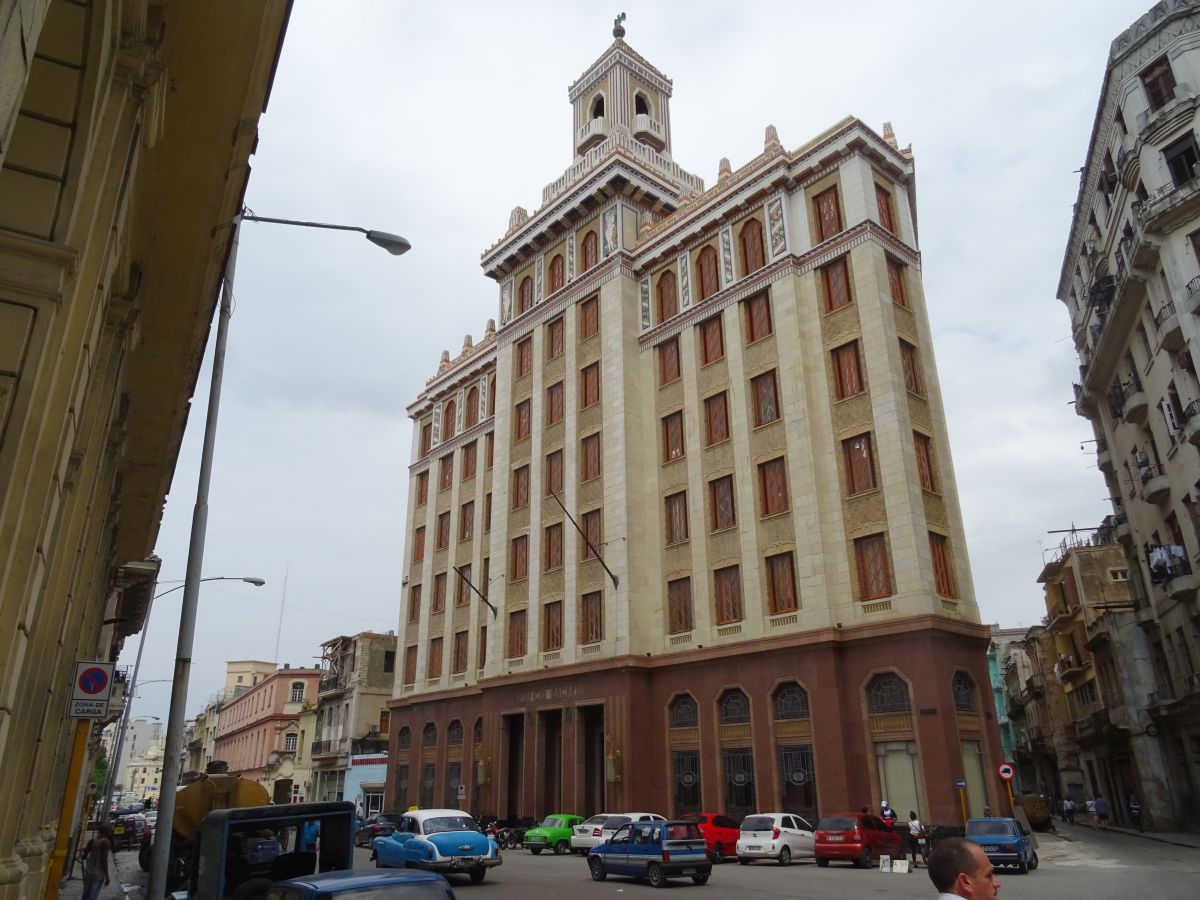 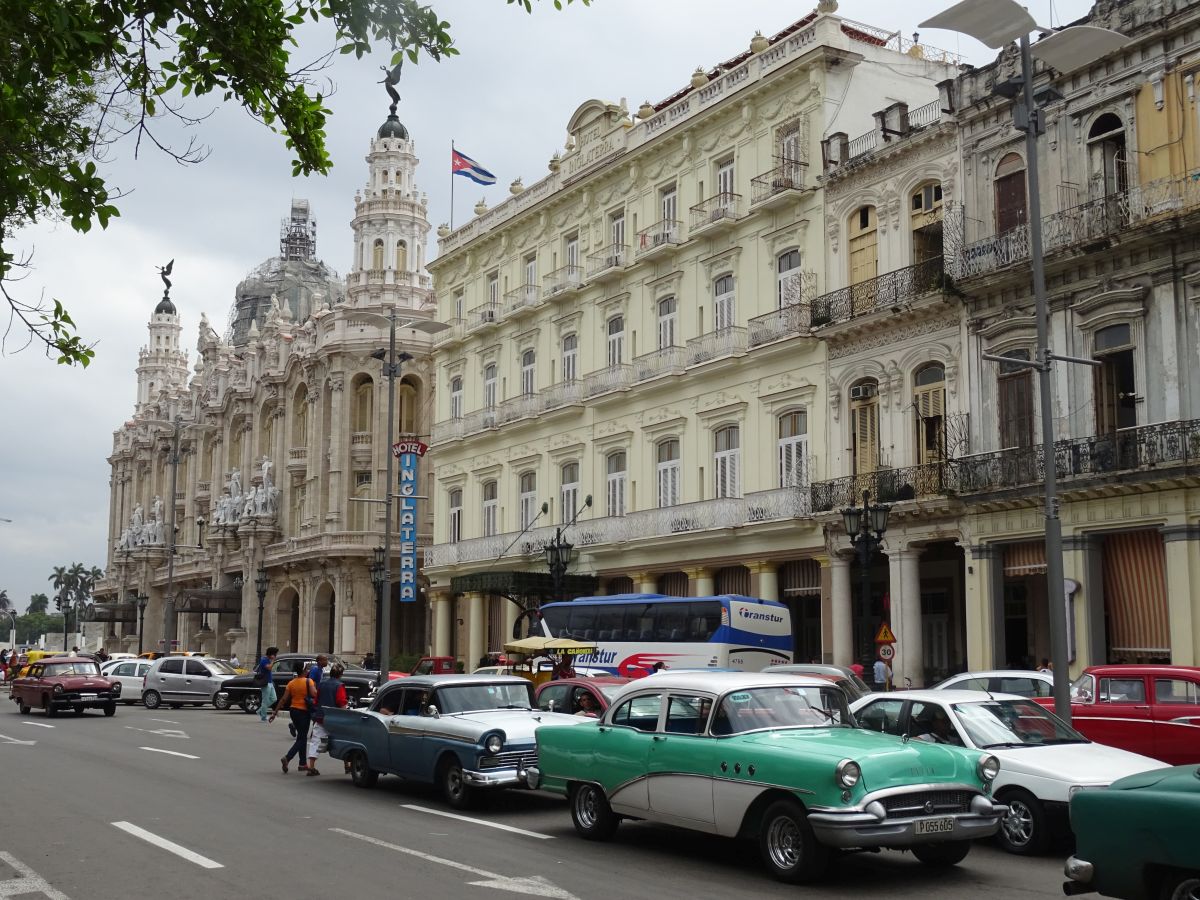 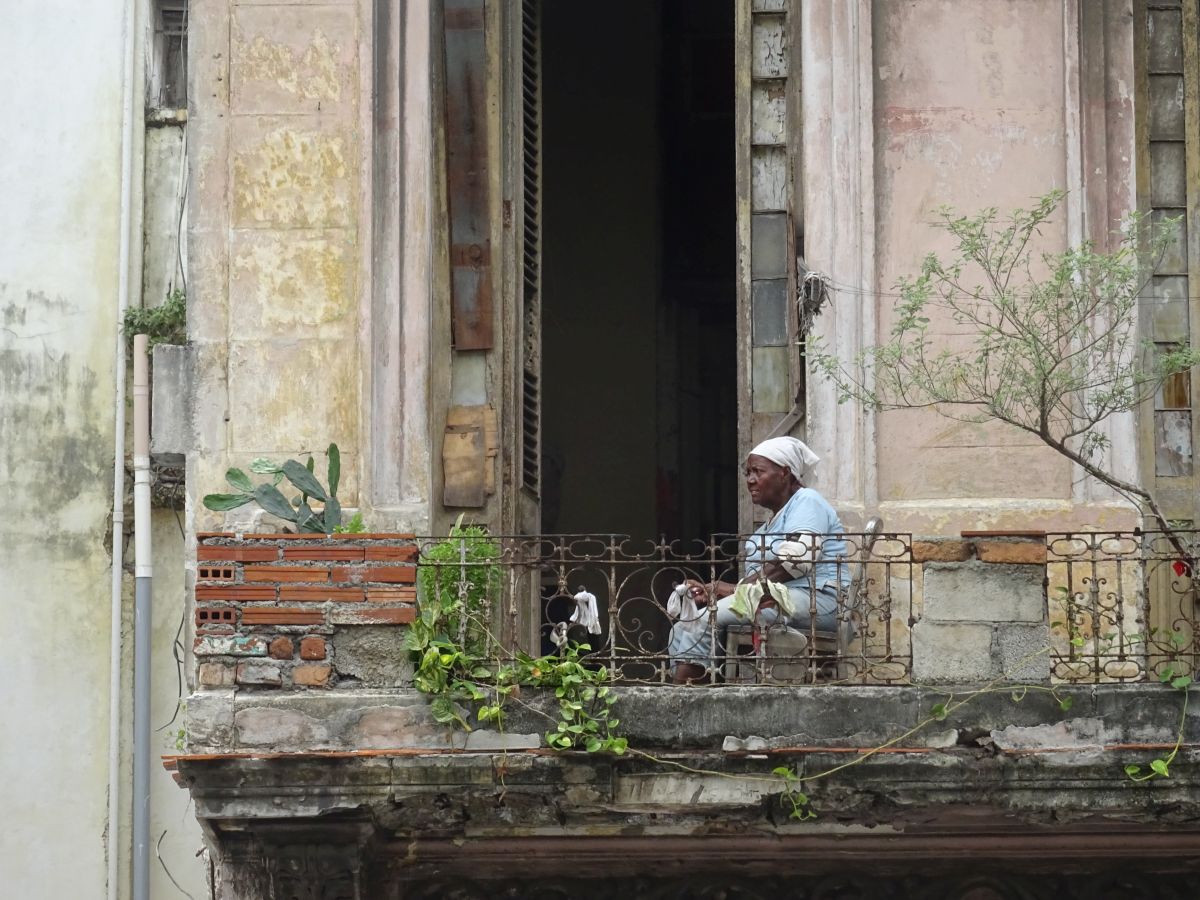 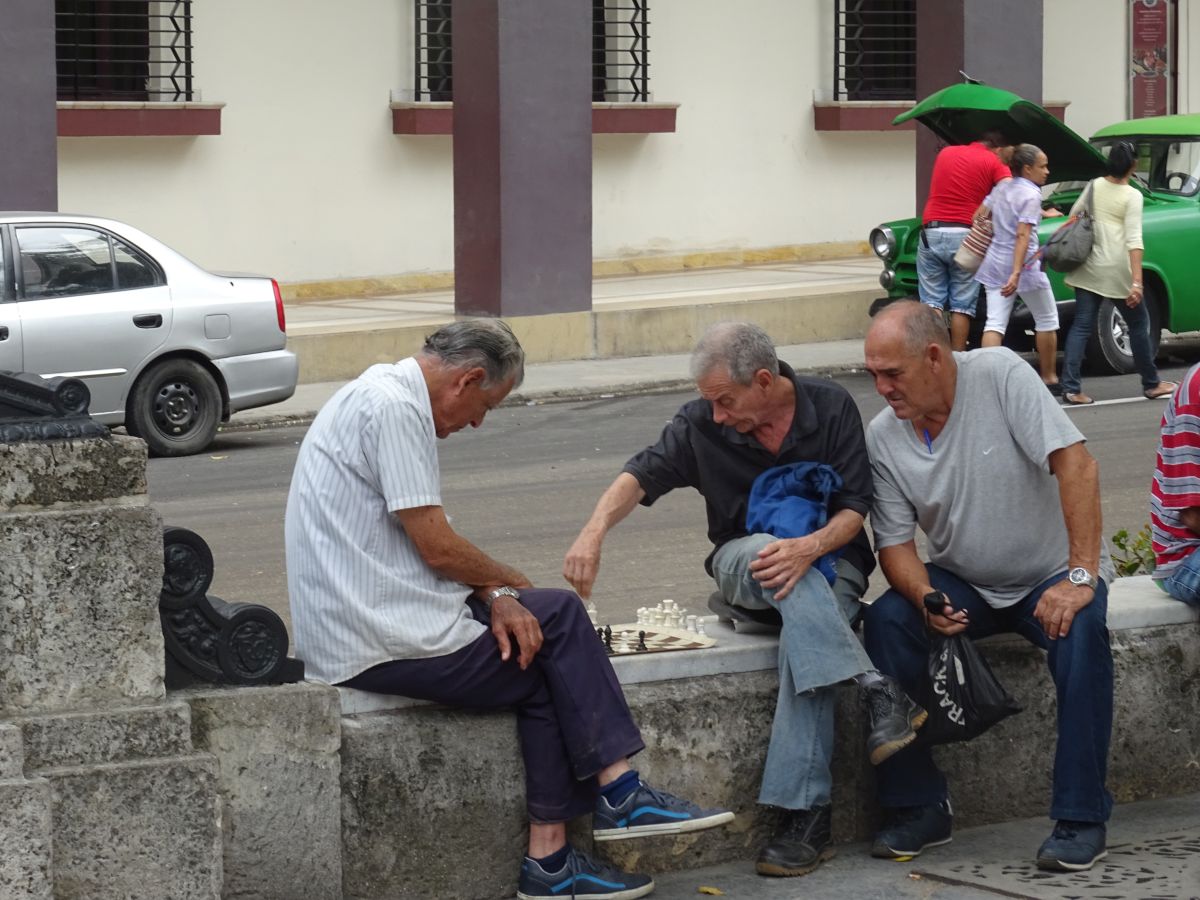 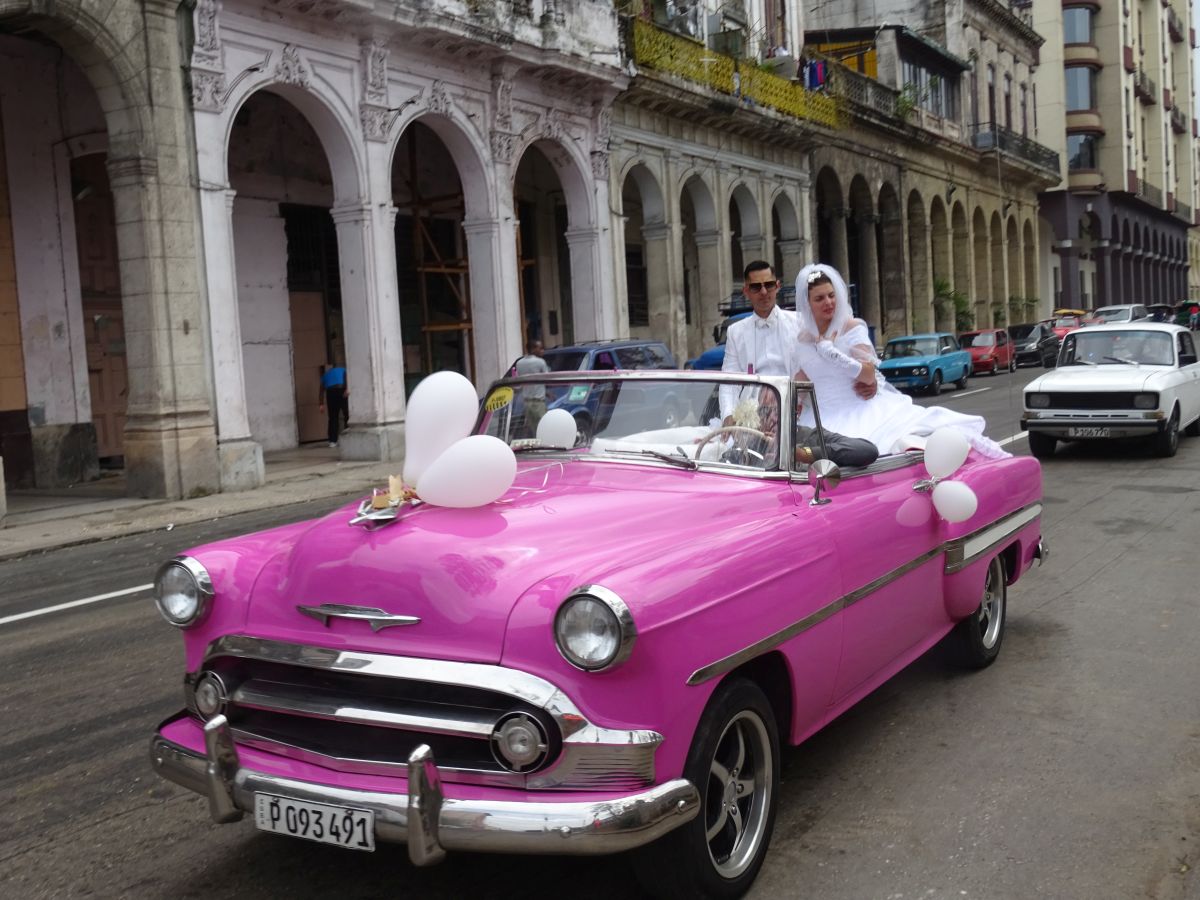 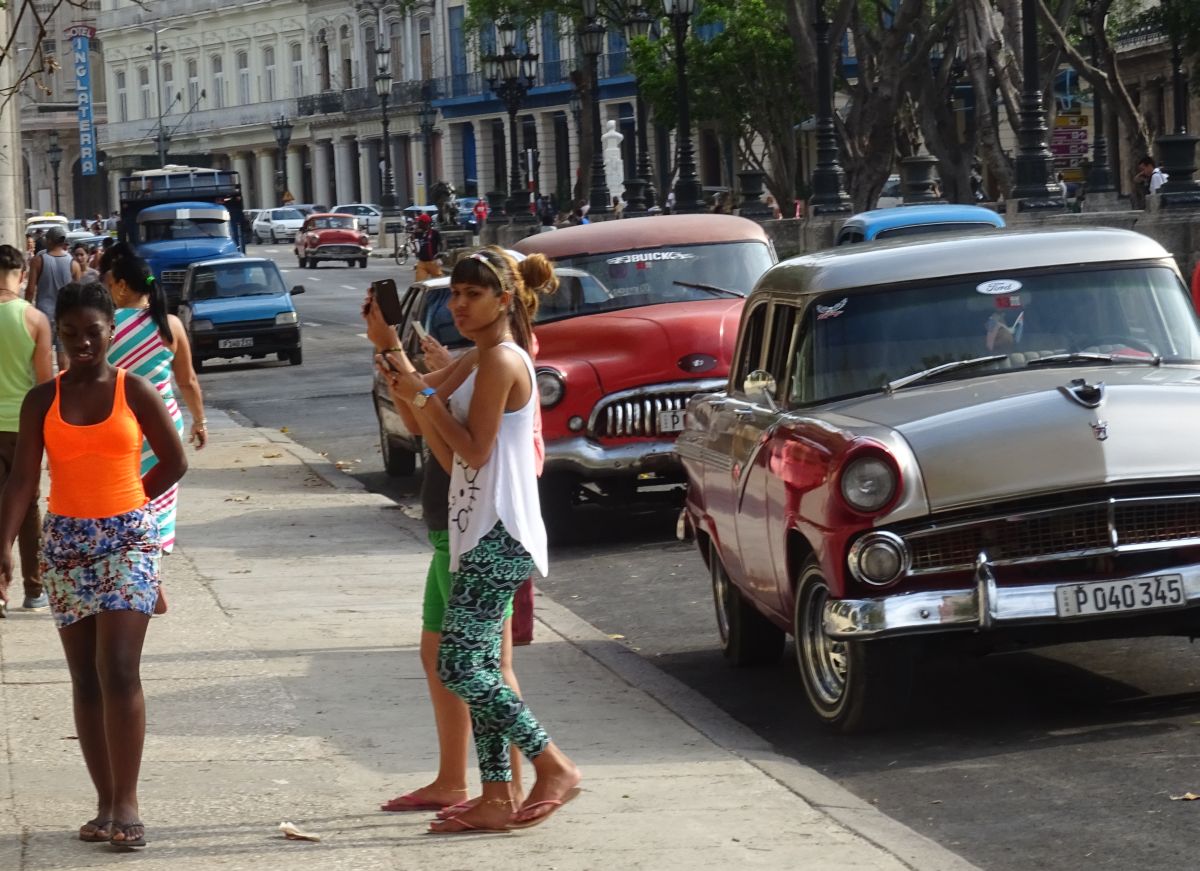