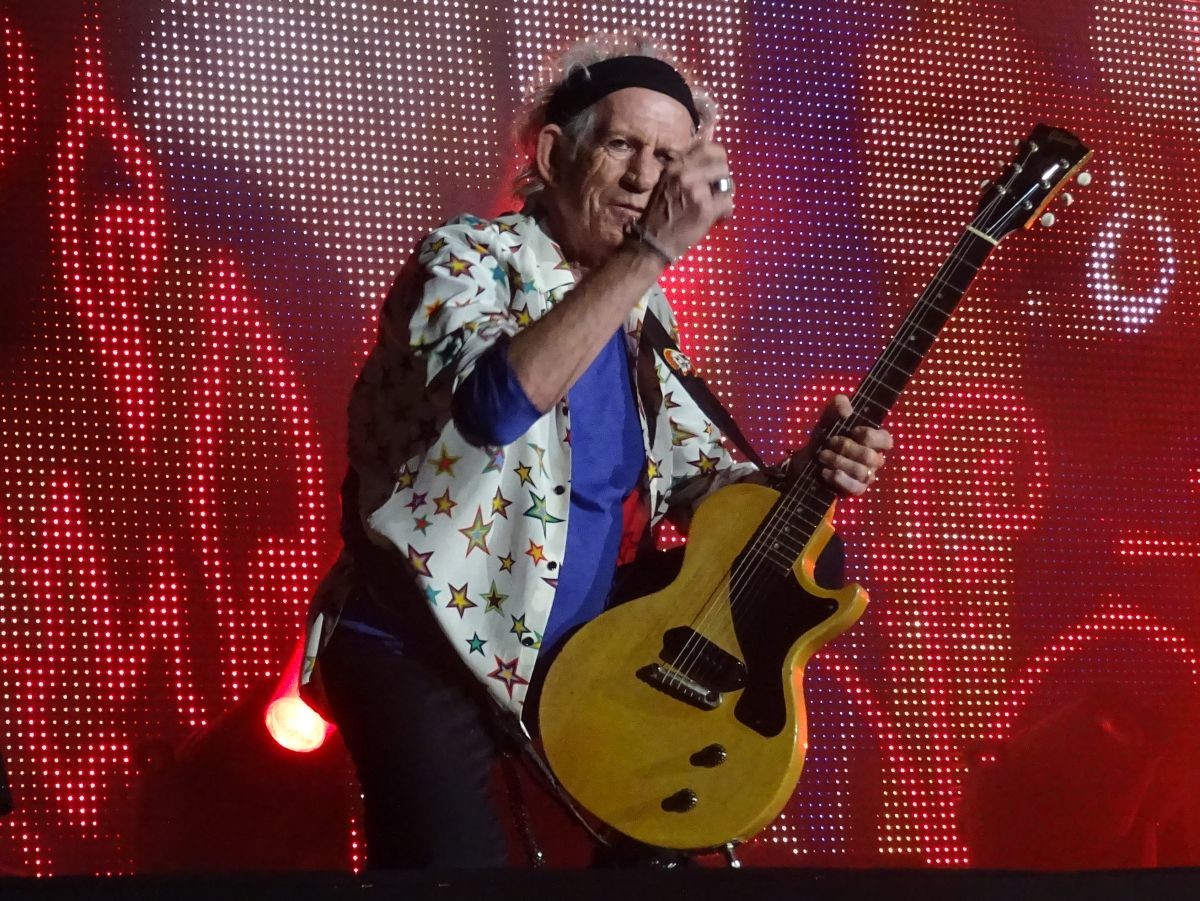 I had settled in here in Bogota at a hotel in the socalled Finance area, a nice area with bouquet bars and restaurants. Having a meal at 4pm, I had to stay inside, because it was a heavy thunderstorm. As I was watching the lighting strike just outside my restaurant widow panorame view, I counted half a second between the lighting strike and the thunders, which means approx 150 meters, i.e. 500 feet. Pretty close. I also understood why the sidewalks in Bogota are so elevated, the streets were flooded by water like 15 cm high i.e. half a foot, never seen anything like it before.

I walked the 3,2 km i.e. two miles to the Estadio el Campin as soon as the bad weather was over around 6pm. With an axpected show start early at 8:30pm, I should have plenty of time. I was at the stadium half an hour later, then adding half an hour messing around, no gates marked, chaos everywhere. All the people in charge pointed me in the wrong, direction, but my gut feeling and experience took me through the right gate around 7pm.

Inside the stadium I met friends in the VIP area. It seems that many had been robbed by pickpocket thieves as they were queuing by the gate. This is of course really frustrating, and it is not good for the show experience. Also, loosing a lot of money, cards, personal items, mobile phone and so on, and feeling unsafe is not a good thing. Later on, I found out that the pickpocket thieves had been busy at all the gates, as I met other people from other queues with the same problem.

I hate to be the smart guy, but my advice to anyone who is moving around in unsafe areas is have nothing in your pockets. I mean nothing. I never bring my mobile phone into the streets, nothing in my pockets, except a map or a paper with walking notes. The ultra lightweight Ultra-Sil Travel day Pack has got my poncho, camera and plastic bags in case of rain. If somebody want to steel by daypack then fine, take it, but they have to run faster than me, and they don’t expect to find money there, so nobody want it. Then I have my Nathan running belt hidden under my pants, with my hotel card, an id (in case I am hit by a car), and 25 us dollars worth of cash local money, just enough to take me back to the hotel. Plus a note with the name and the address of the hotel. At the first show in Sao Paulo I had 70 Real, but it turned out the taxi driver wanted 100, so he had to wait while I went to my room for 50 real extra. For the 2nd Sao Paulo show I had 130 real but then the taxi asked for 30, so I gave him 50. Long story short, don’t let them rob you, stack away money in more than one place, that is why I often find money in envelopes, notebooks, bags and places I forget about. They rob one or two pockets, not all your pockets. And they don’t normally go for money belts. Knock on wood…

I was late into the stadium so I did not have much time for the VIP. Then I went to the field. Keith side was totally packed because everyone entered there. I moved to Ronnie side where there was a lot more space. I picked a spot on the very side, so that I could be close up when Mick and Keith took the wing. Also, I had a clear view of center stage, as you can see from my pictures here, as well as the B-stage.

The Bogota show was great, a relaxed still great crowd. No pushing around. Early start and early back home. And with an extra day in Bogota, leaving for Mexico City on Saturday, I get to see a bit more of the city. And… I have been six weeks on the tour, with one week to go until I will be in Cuba, how time flies! 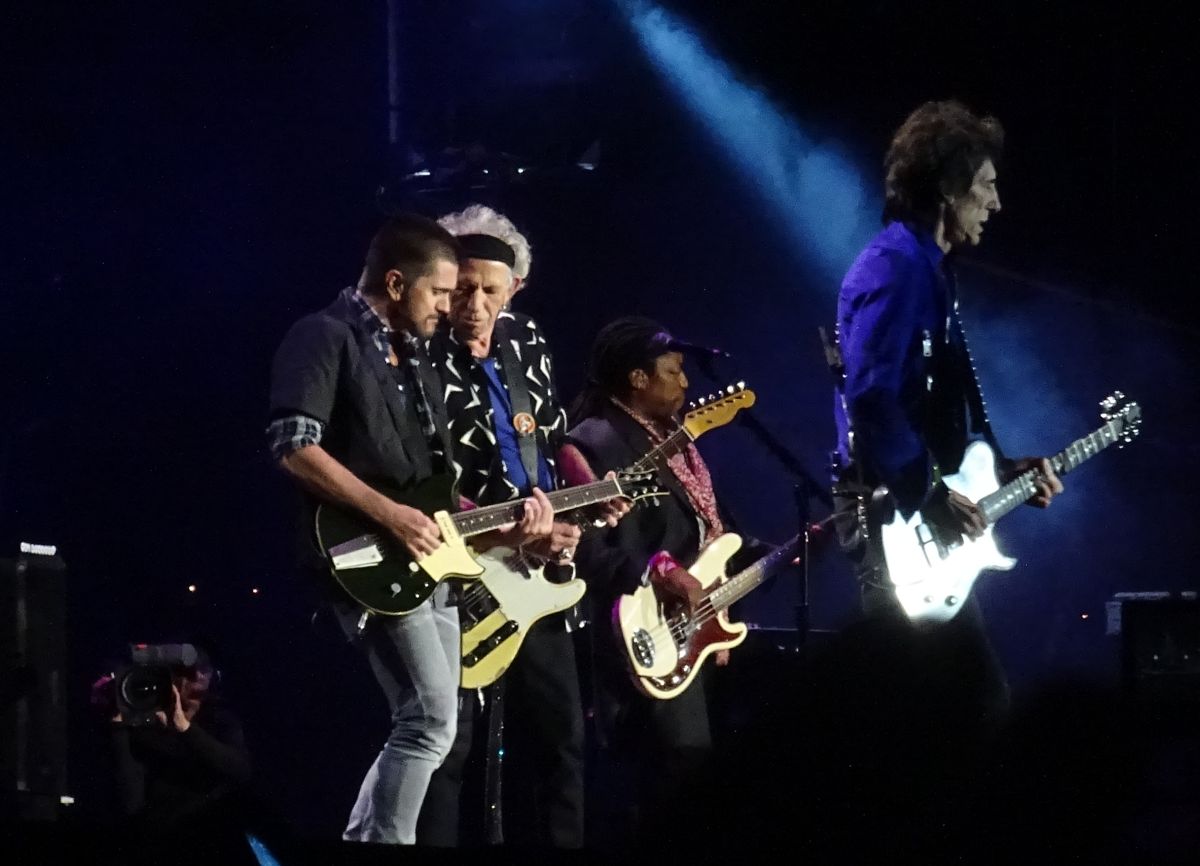 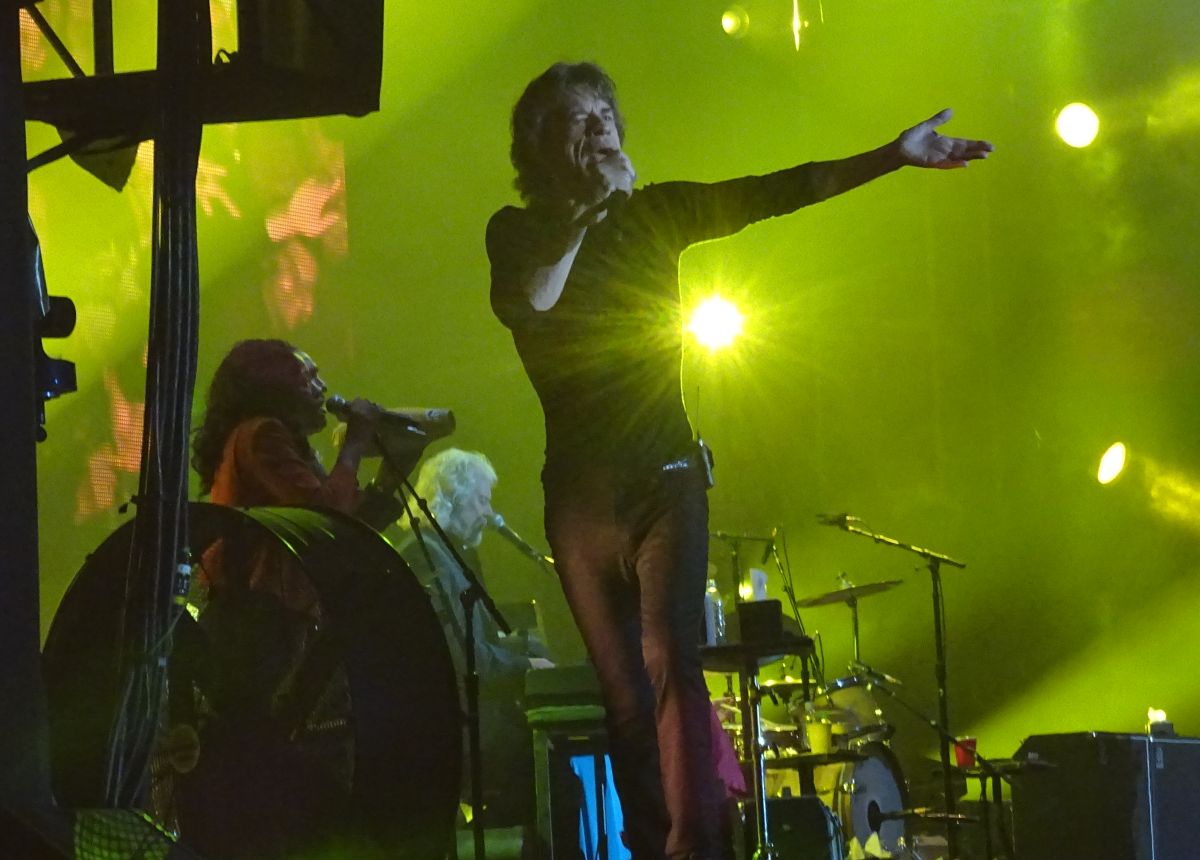 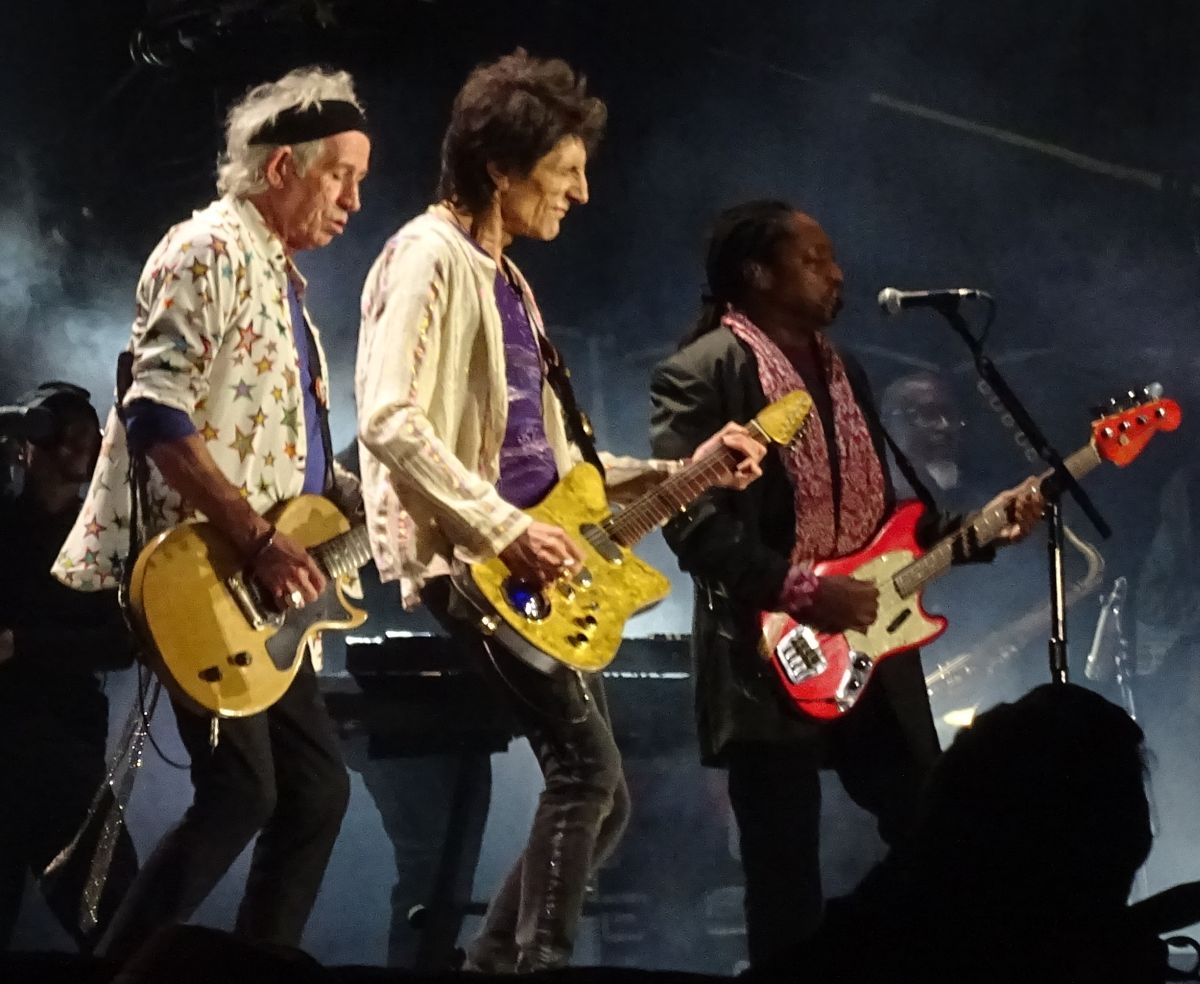 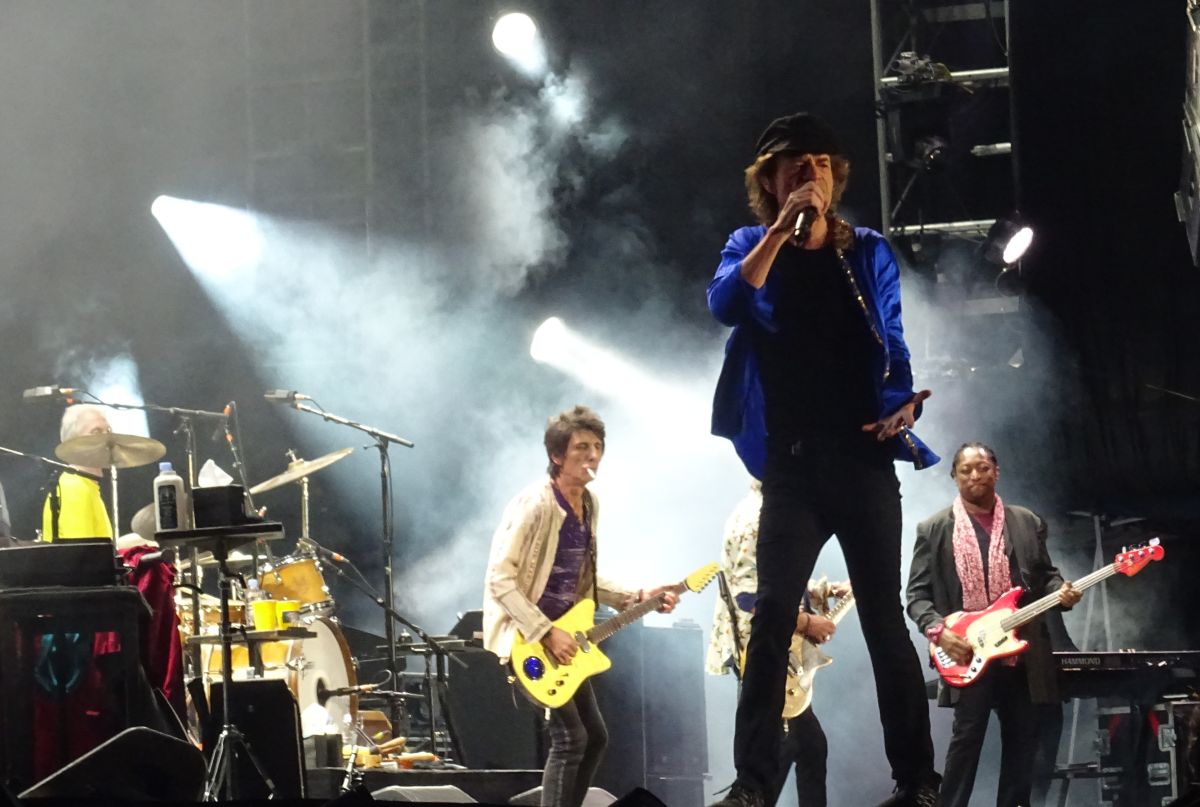 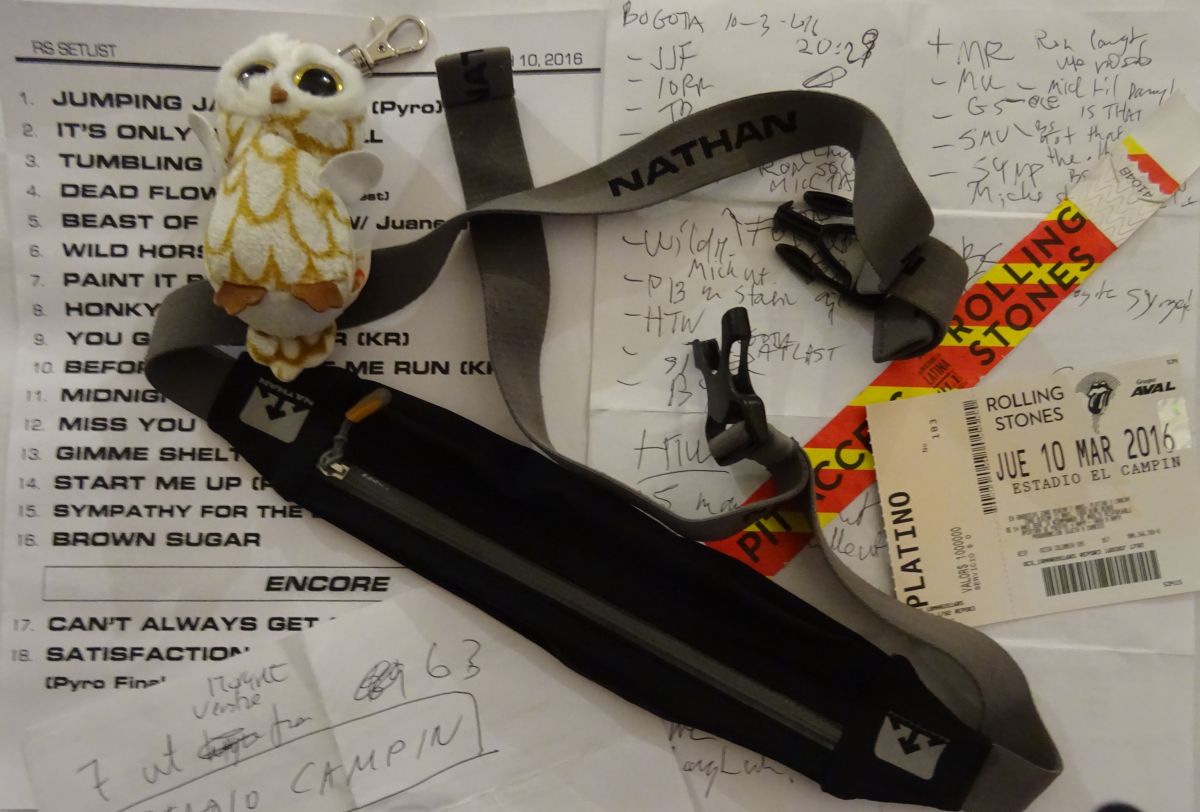