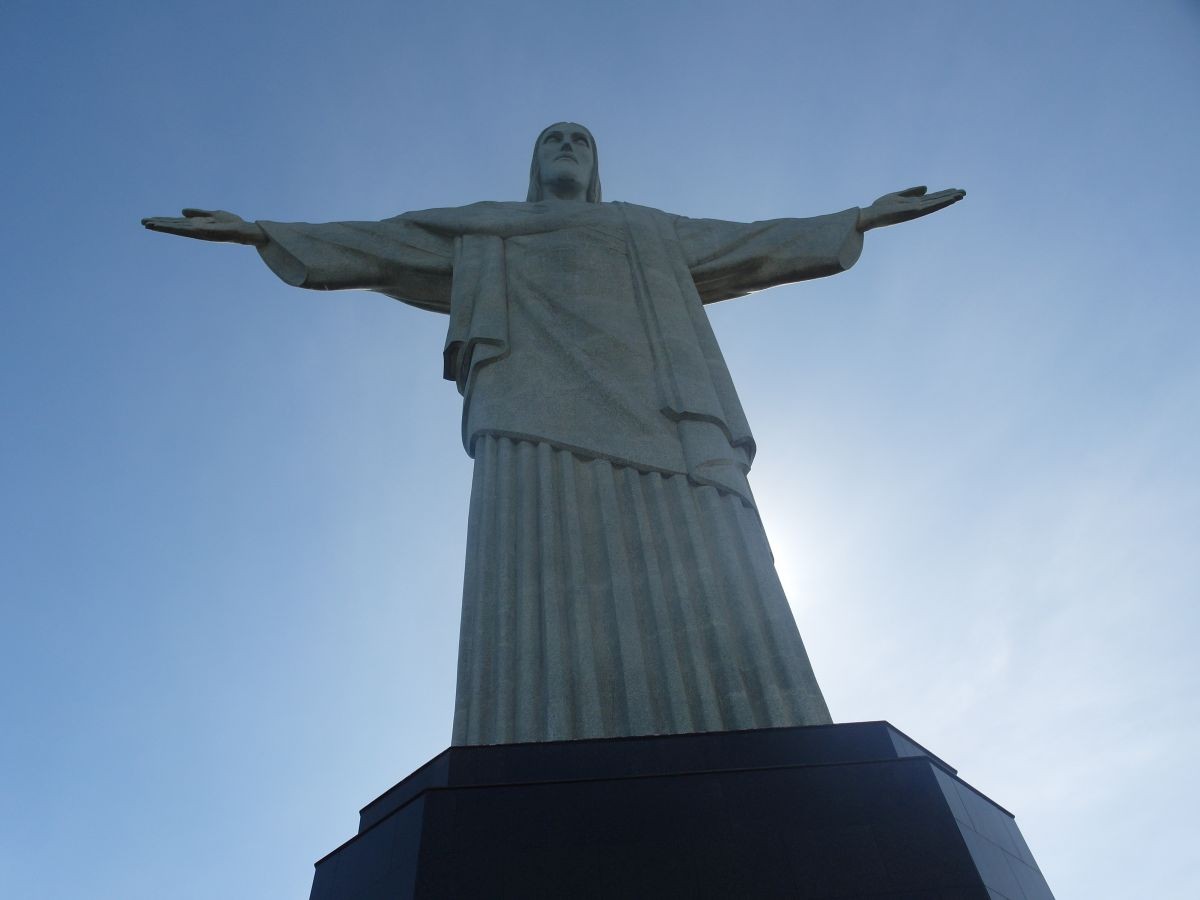 Rio de Janeiro is a great returning visit ten years after the amazing Rolling Stones at the Copacabana 2006 show. Three weeks into the Rolling Stones 2016 Ole tour, I was returning to Rio. A great tour start week in Chile, nine days in Buenos Aires, and a short three days visit to Uruguay. Rio is next, and it took just 48 hours, I was in love with Rio, once more!

I left my hotel in Montevideo Uruguay at 7am in the morning. Eight hours earlier The Rolling Stones had been on stage live in Montevideo. Now we had the worst thunders, rain and storm I have seen in a long time. Luckily the weather was improving as our flight left at 10am for Rio de Janeriro Brazil. This was the only direct flight of the day, and there was many fans and friends on the flight. I was still in Stonesland…

The flight took 2 1/2 hours. We had moved 2,500 km north towards equator, and east, changing the time zone forward by an hour, now being three hours behind Central European Time. A taxi took us to the hotel on Copacabana. I had picked the same hotel I used in 2006, with a great view of the Copacabana beach, still at a price I could afford. The next door Copacabana Palace was way over my budget.

Looking out of the window, I could see the beach, and as I spent all of Thursday and Friday in Rio working on my PC from my hotel room, at least it was nice to see the beach from the window. From the rooftop I could see the famous Christ monument, the “Carcovado”, and I had to go there and see it once more. Every time in Rio, every time go see the Carcovado. I took a taxi, then the train, the Carcovado was packed with tourists as always, but it is a great place to be still. Then the train down, and I walked all the way to the Sugar Loaf, the “Pao de Acucar”.

The Sugar Loaf is an impressive peak that is accessible through a cable car, going through a side peak, then to the Sugar Loaf. Another “must see” in Rio de Janeriro, with a spectacular view of the city. Then down, and walking back to the Copacabana hotel.

Some great hours of walking, and I needed Bacalao, or Bacalhau, as they say in Portugese. I am from Norway, and there are only two places where you can get proper bacalao, that is Portugal and Brazil. We export the best salted cod (a.k.a. bacalao, or “klippfisk in Norwegian) to Portugal and Brazil, also to Spain, Italy and other markets. In Portugal you will find at least five bacahau dishes on every decent meny. They are listed as “salted cod” in the English meny. So I went for the Cobacabana street cafe, got my bacalhau, and to be honest, it was terrible. Norway and Iceland have way better bacalao. So this was my last visit to the Cobacabana street restaurants.

Next day Friday I worked all day. Then the greatest time of the touring weekly schedule, Friday afternoon! I have 48 hours without workload, and time to explore the city more than just a few hours in the late afternoon. At 3pm it is after working hours in my Norwegian time zone. I add sunscreen, load some pocket money, no more than I can loose if somebody ask for it in a forced or unexpected way (it is not 100% safe in Rio), and I head out for another walking trip.

Walking the entire Copacabana beach and then the Ipanema beach takes appreox 1 1/2 hours. It is a great walk, and you see a lot of beach life. The temperature in the city was +40 C, while it was a breeze and “just” +34 C on the beach side. Then I went into the city part of Ipanema, a rather boring area, and then back to my Copacabana hotel.

A heavy rain shower started around 7:20pm, when I was heading for the favorite back street cafe I found last night. They did not have bacalao, but the price was great and the food was way better than the Copacabana street tourist food. The heavy rain made me wait under a cafe umbrella at the “Rio Brasilia Bar & Restaurant”. I waited for the green light, to cross the street Avenida Nossa Senhora de Copacabana. Just as I crossed the street, the rain went worse, and I took rescue at the first cafe. Such a luck!

It turned out I had arrived to “Bar 420“. I have one rule for dining – sitting outside. I sat down outside on the only table that wasn’t rainy. Checking out the menu, they had three bacalhau dishes, and as I ordered one of them, it was great quality. There were mostly locals in the cafe, the service was perfect, the “torta lima” dessert cake just perfect, and I had found a new favorite cafe, thanks to the rain! I will be back tomorrow!

Then back to Copacabana, checing out the night life. More and more Rolling Stones souvenirs are now showing up on Copacabana. It is a sign of show day coming up tomorrow Saturday Feb. 20. Maracana Stadium is next! 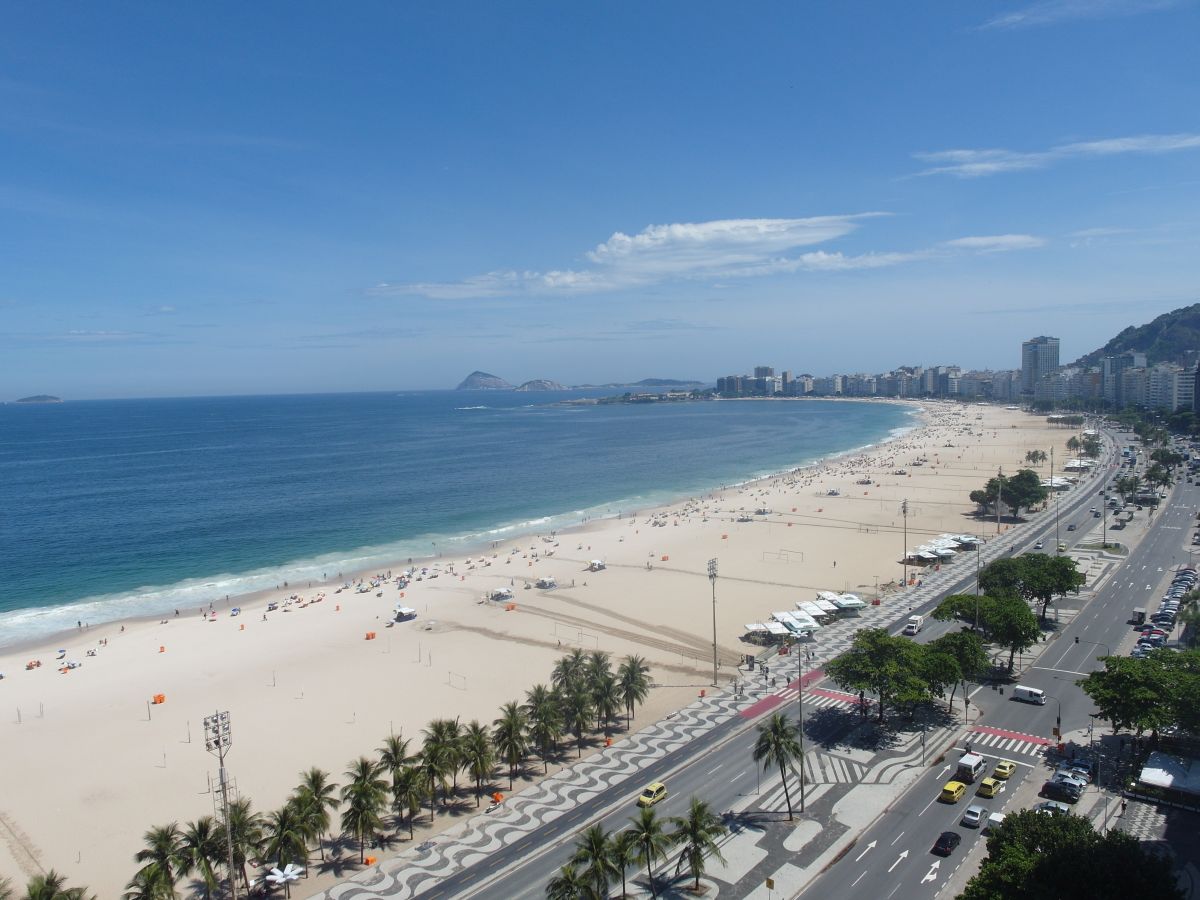 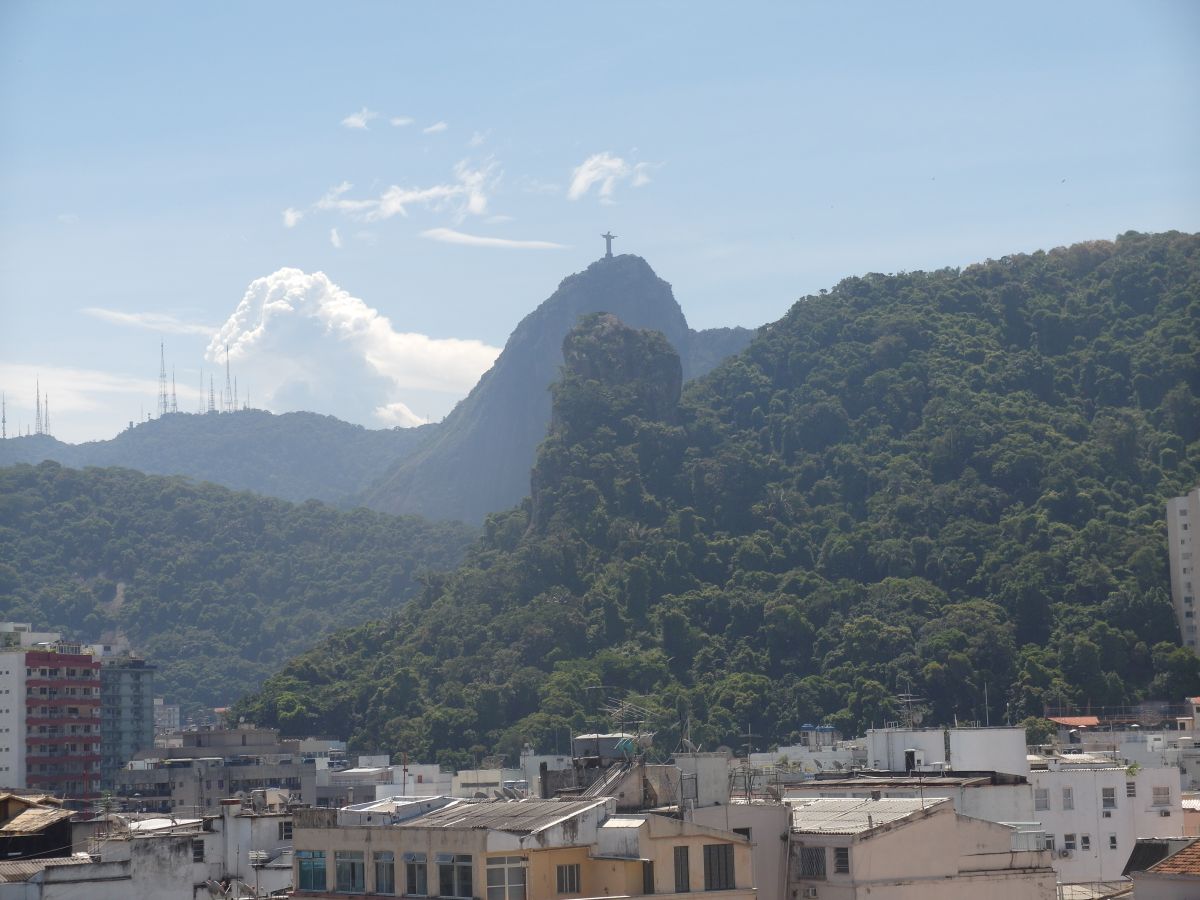 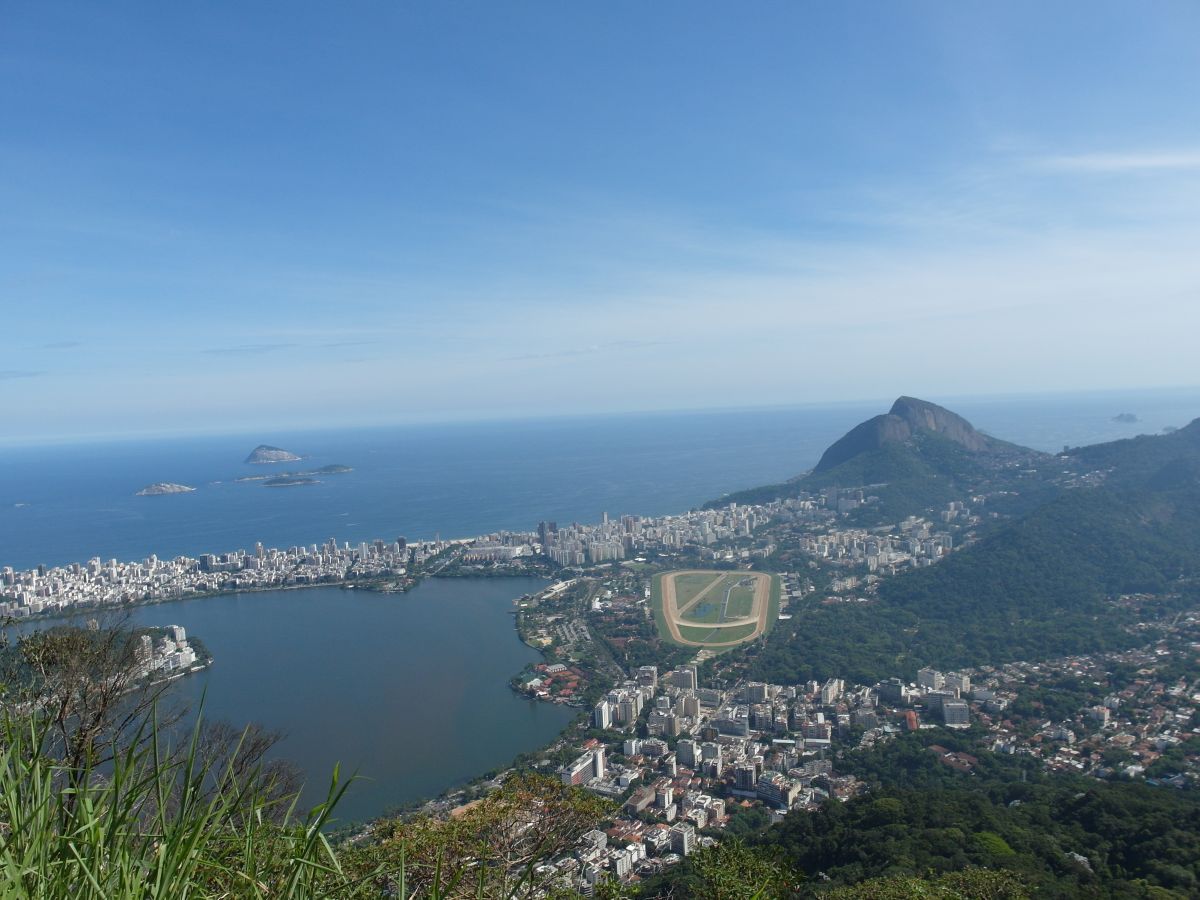 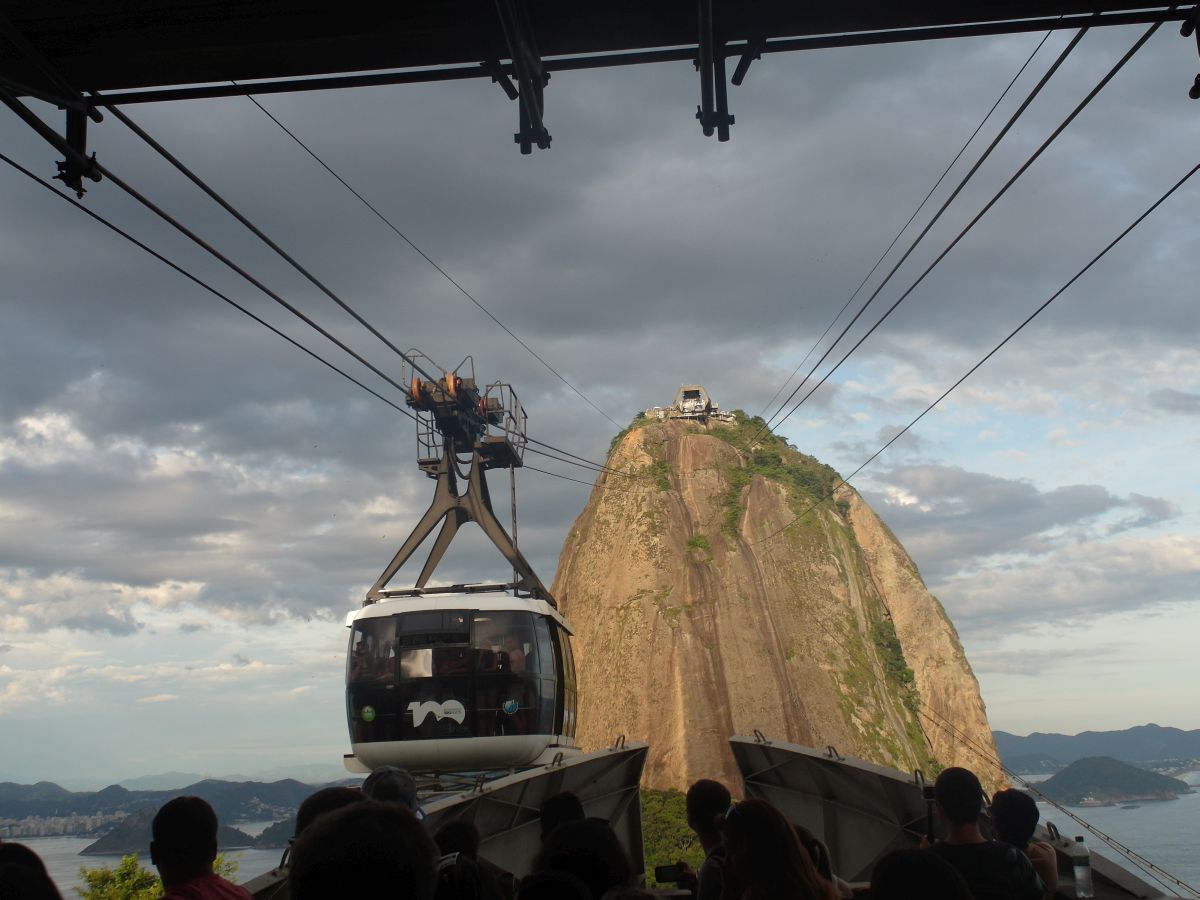 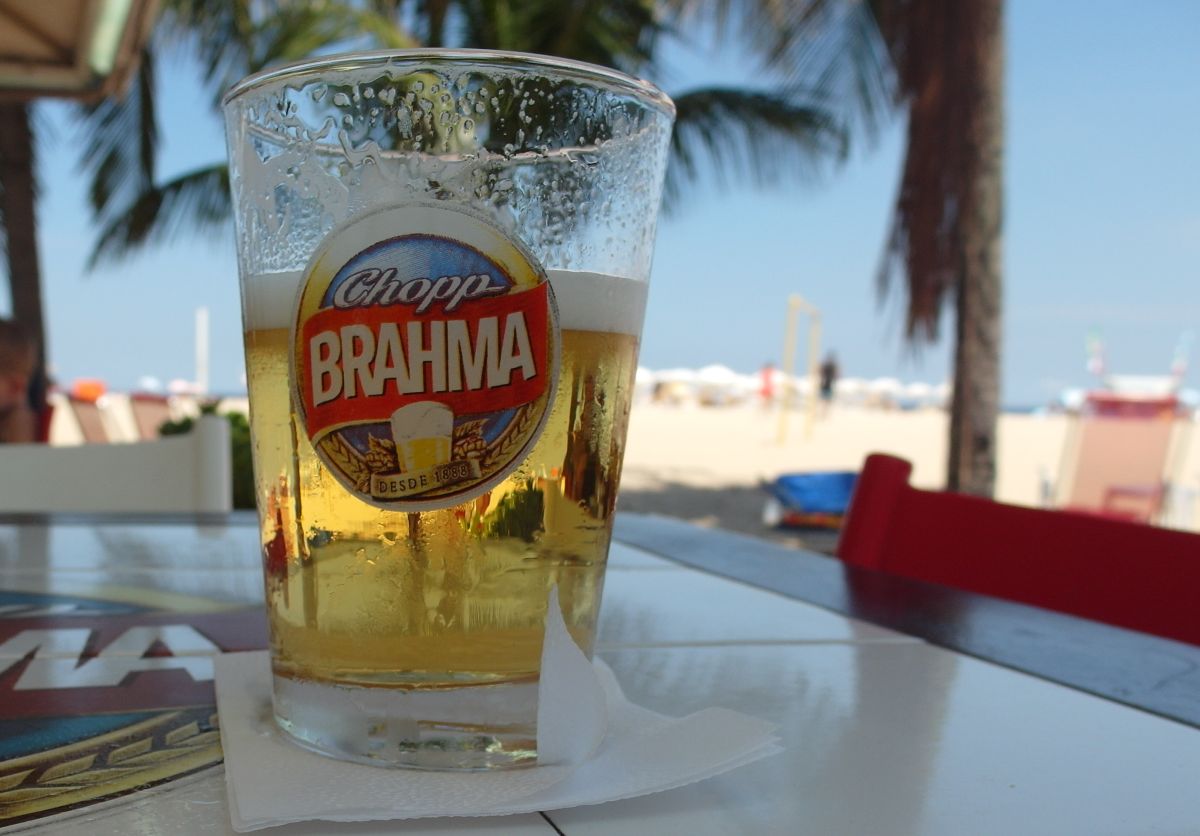 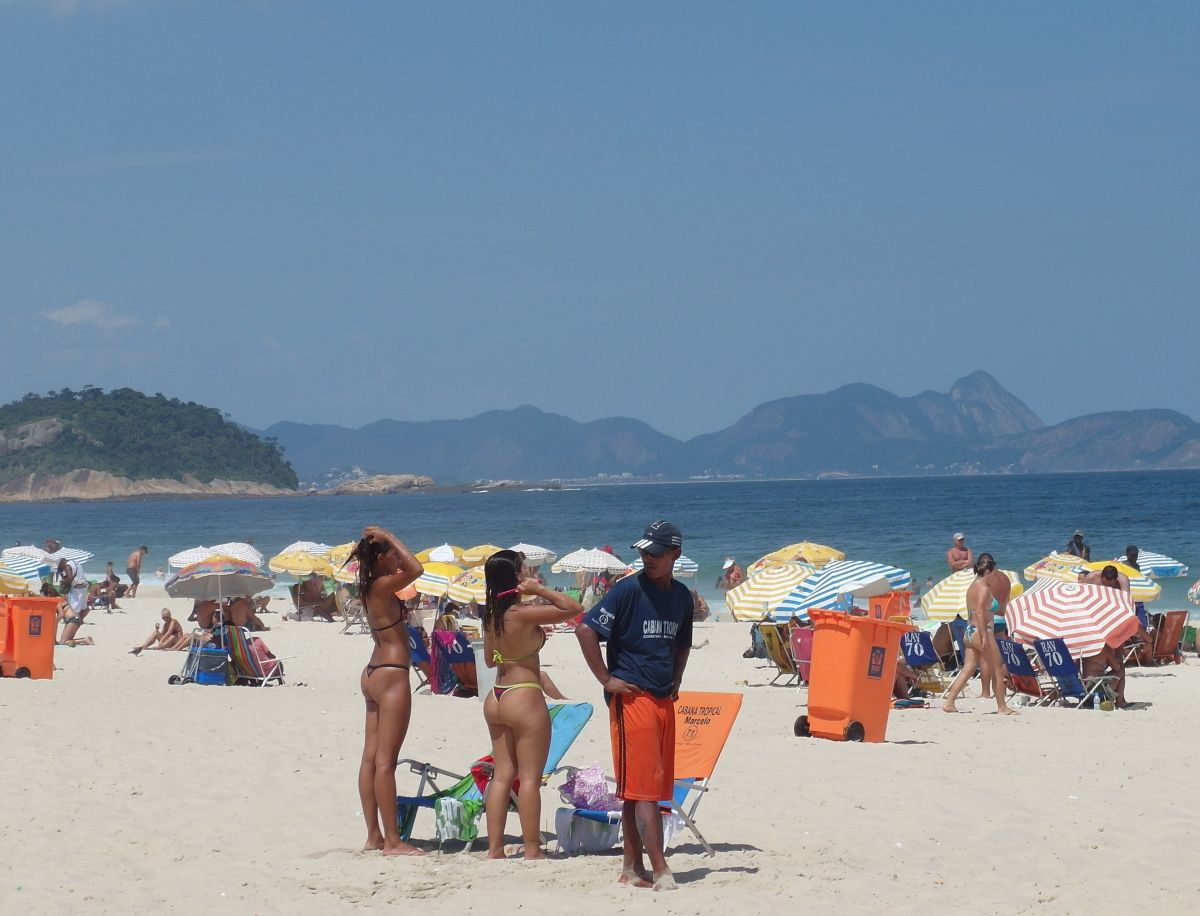 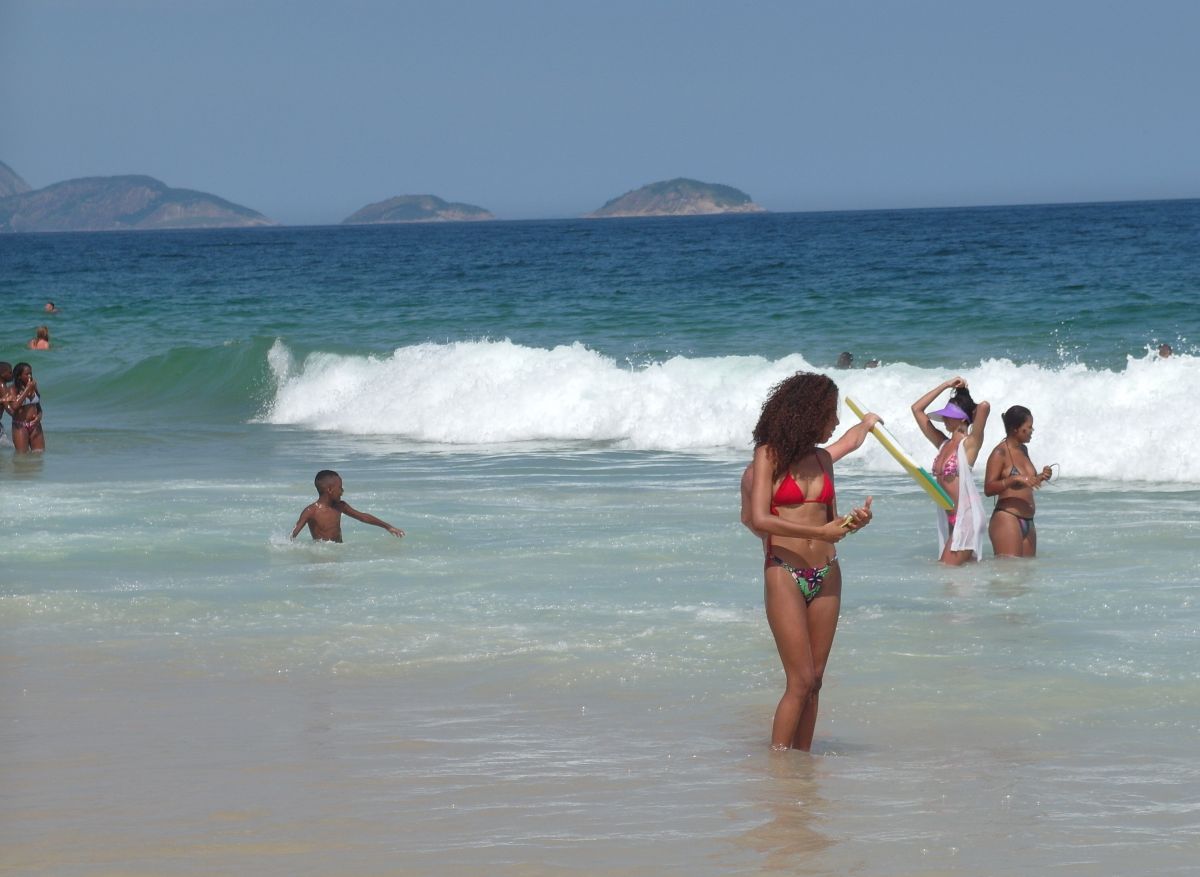 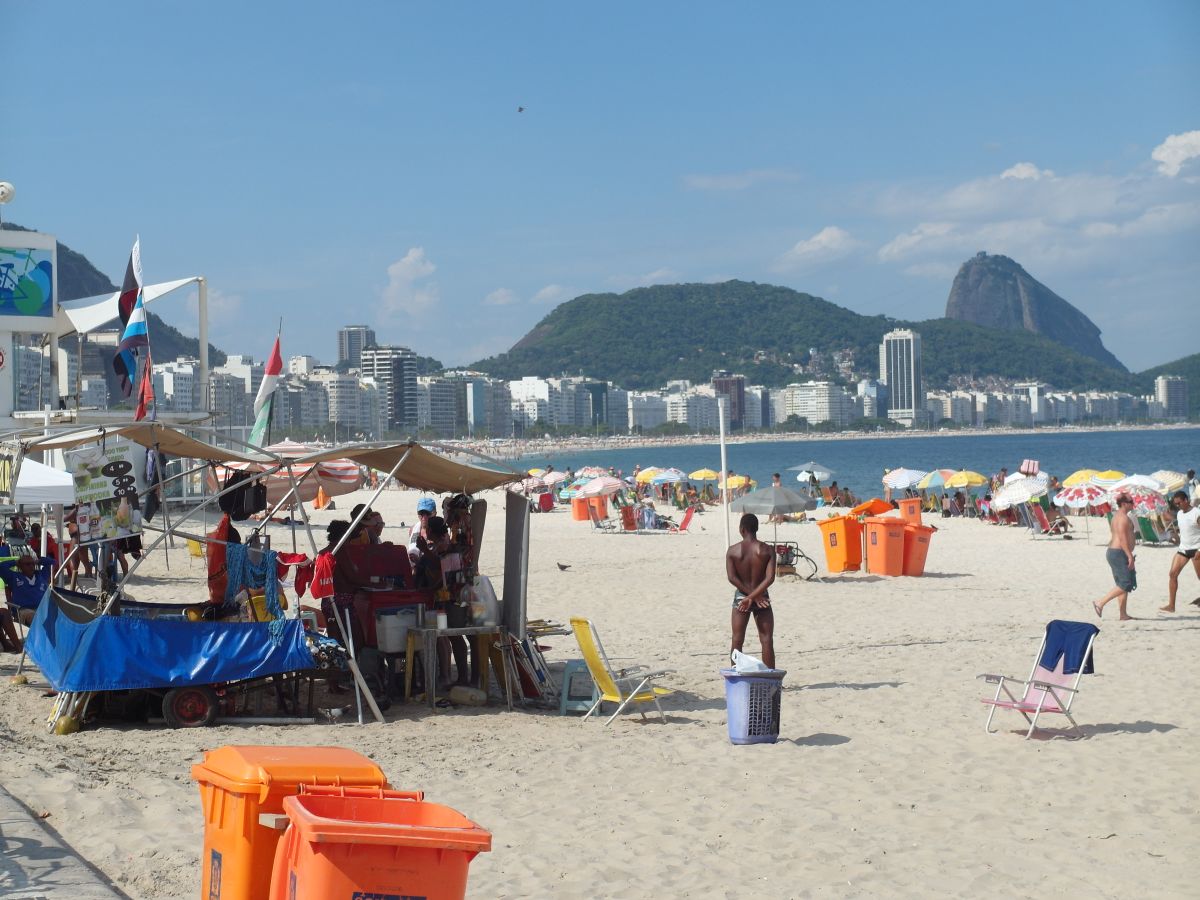 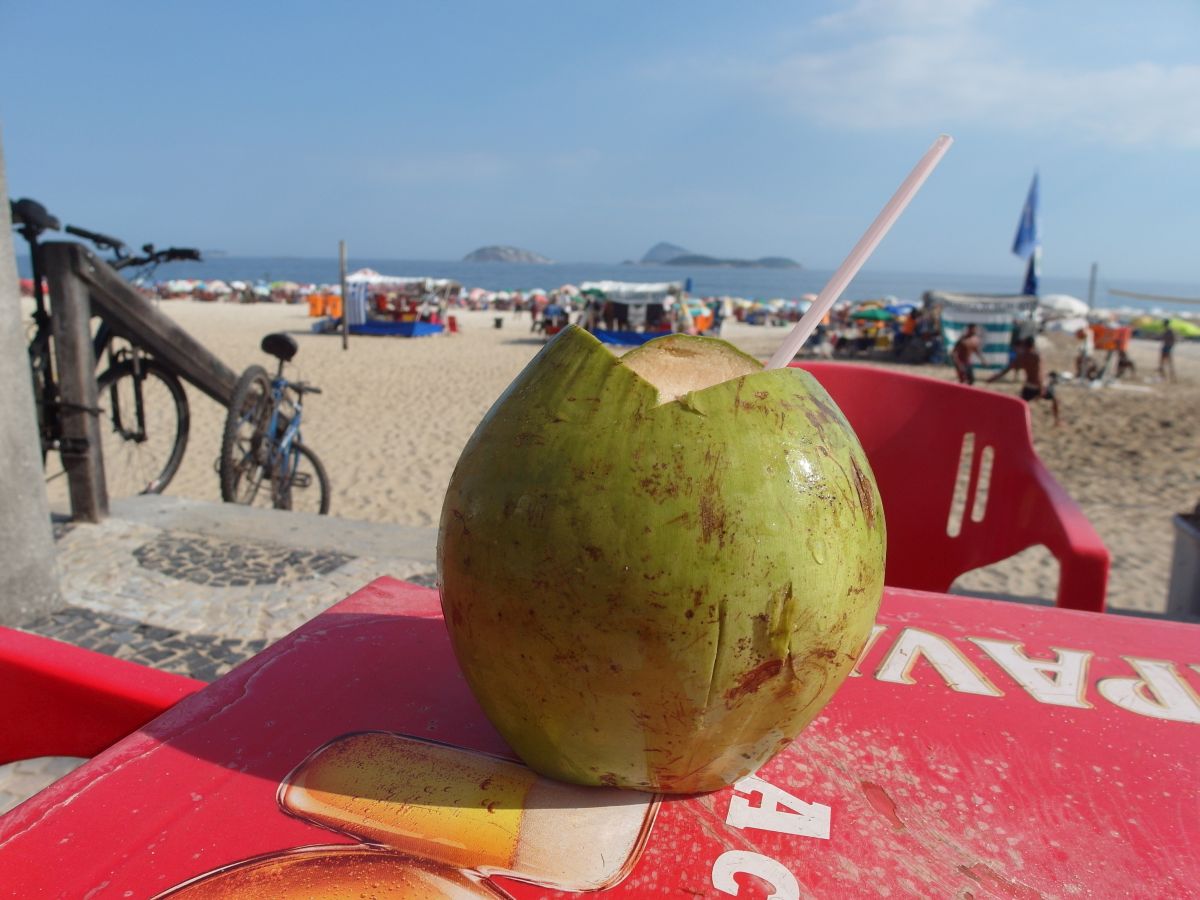 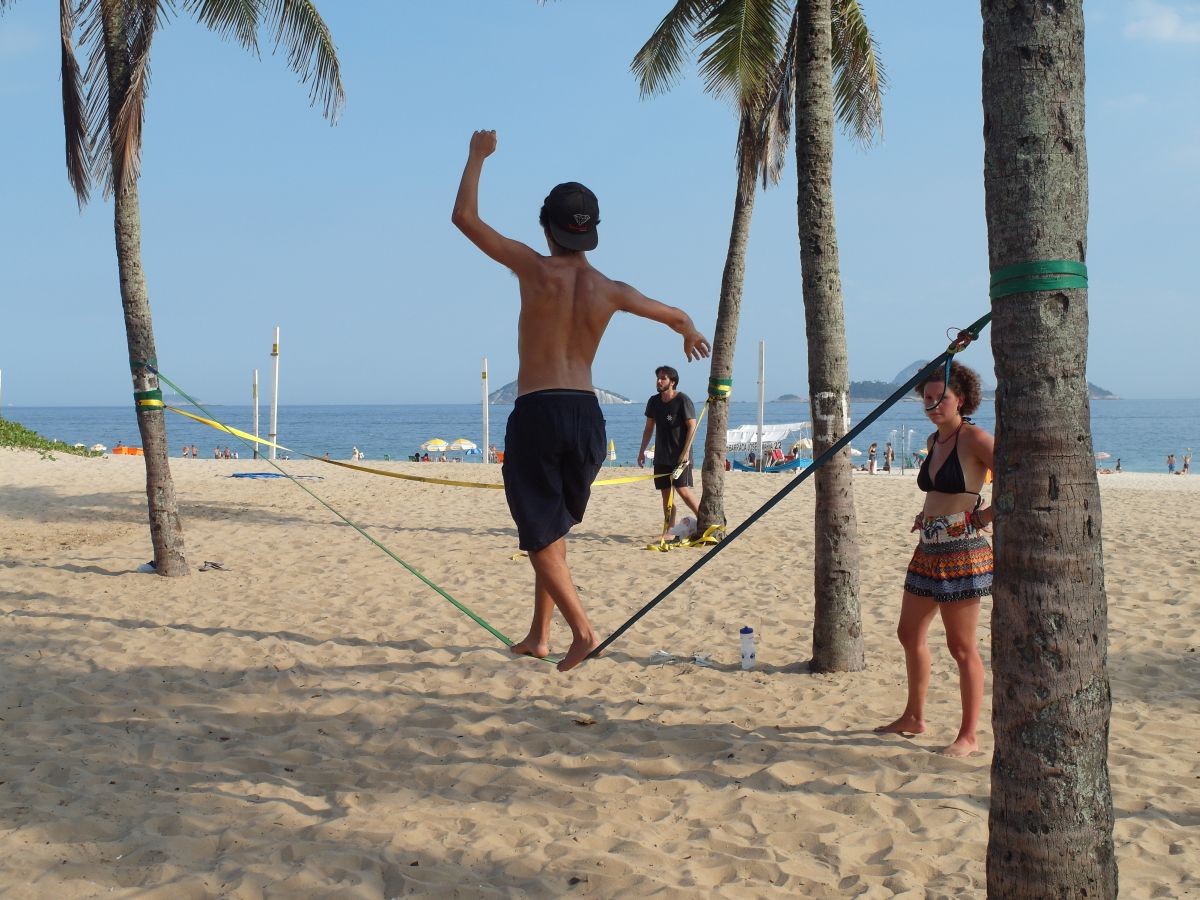 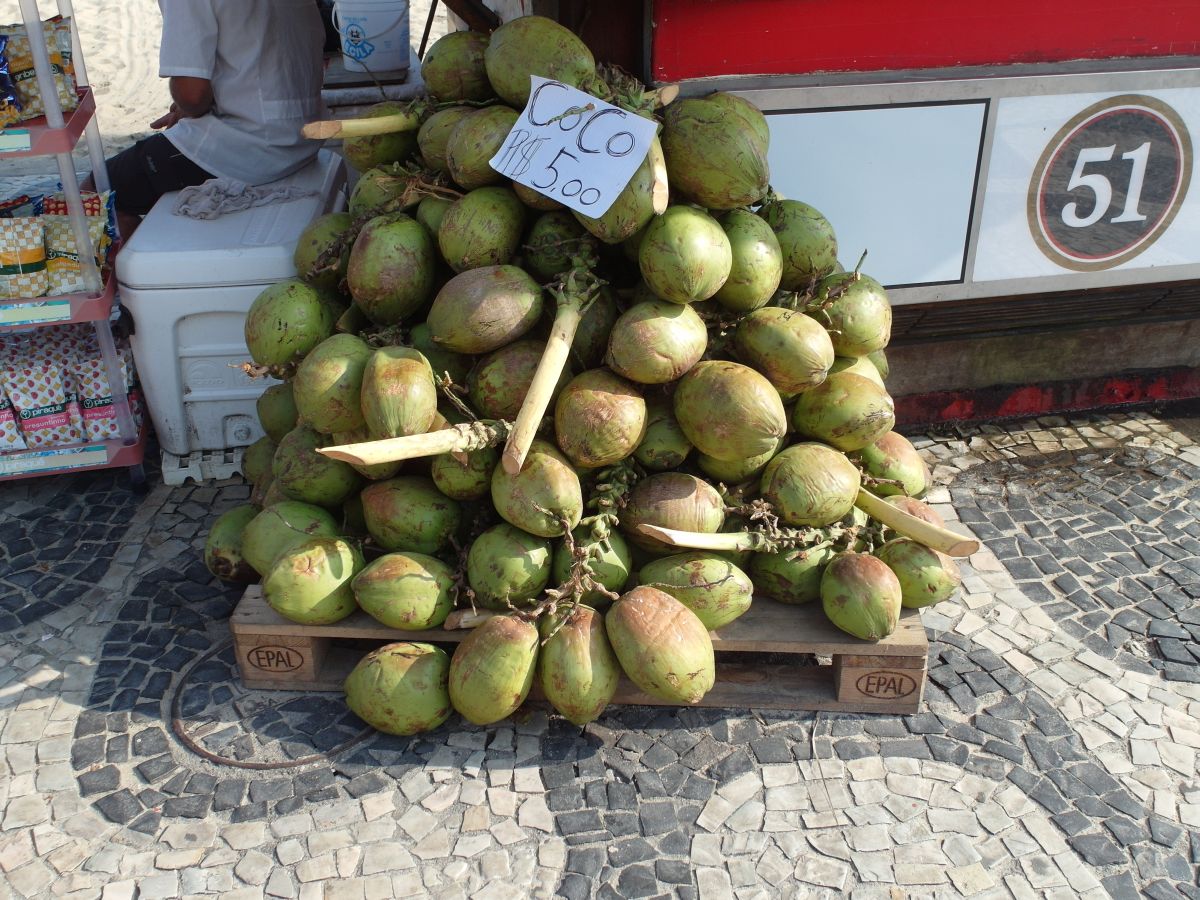 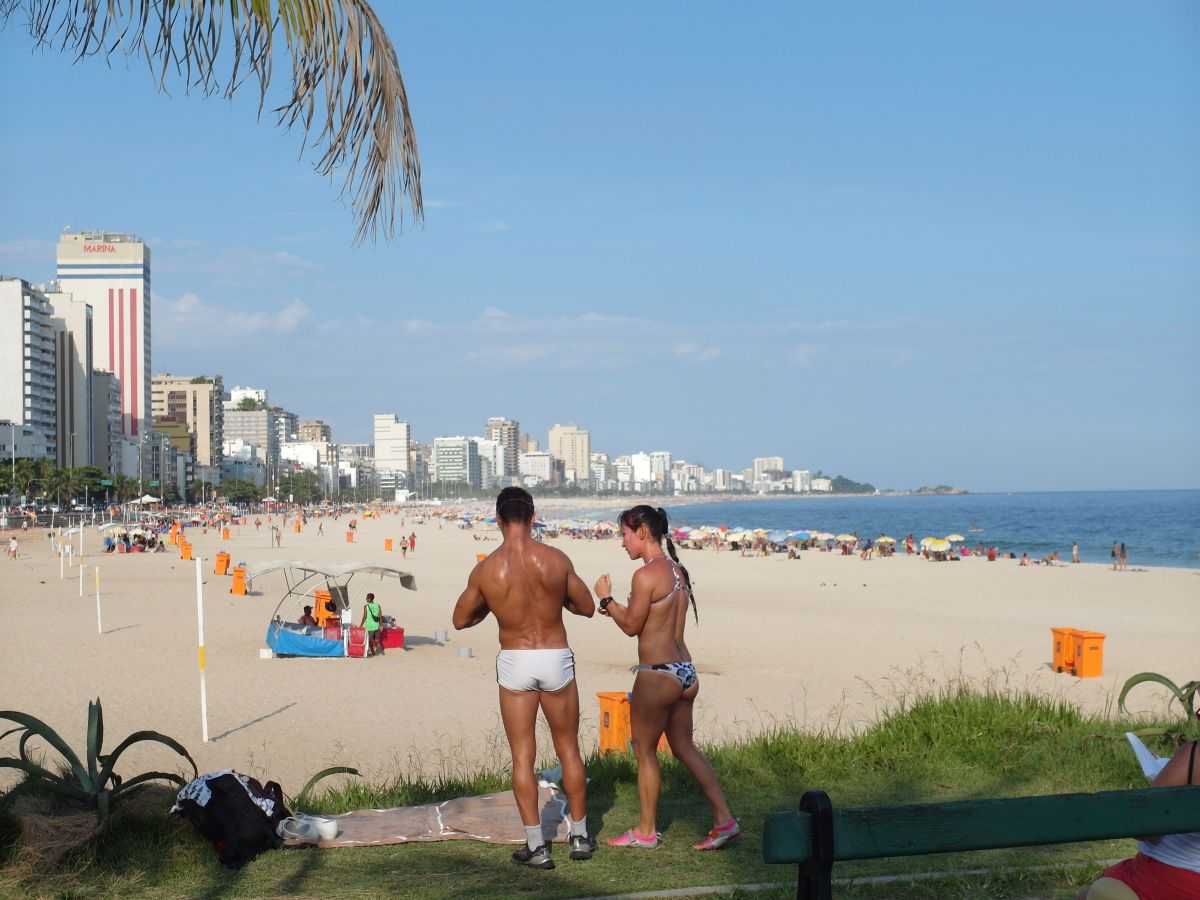 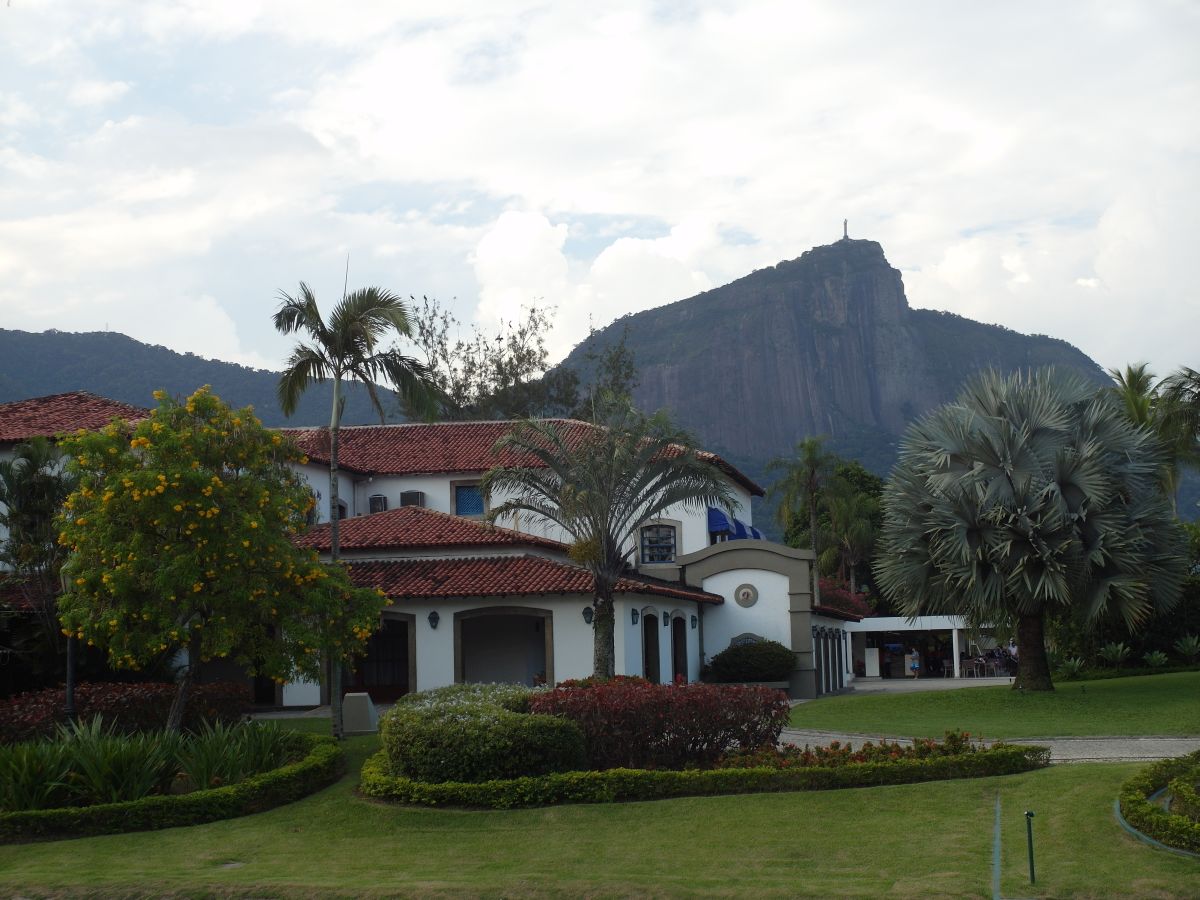 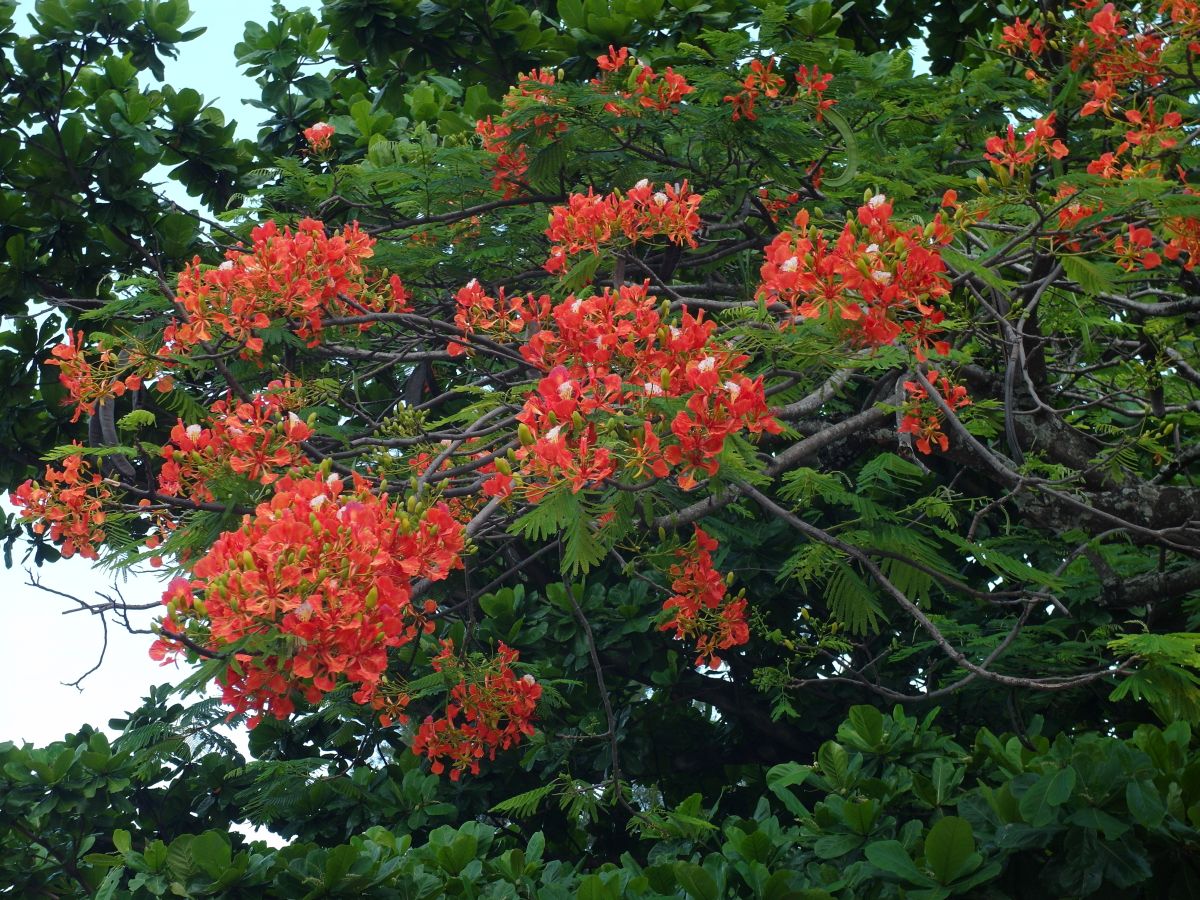 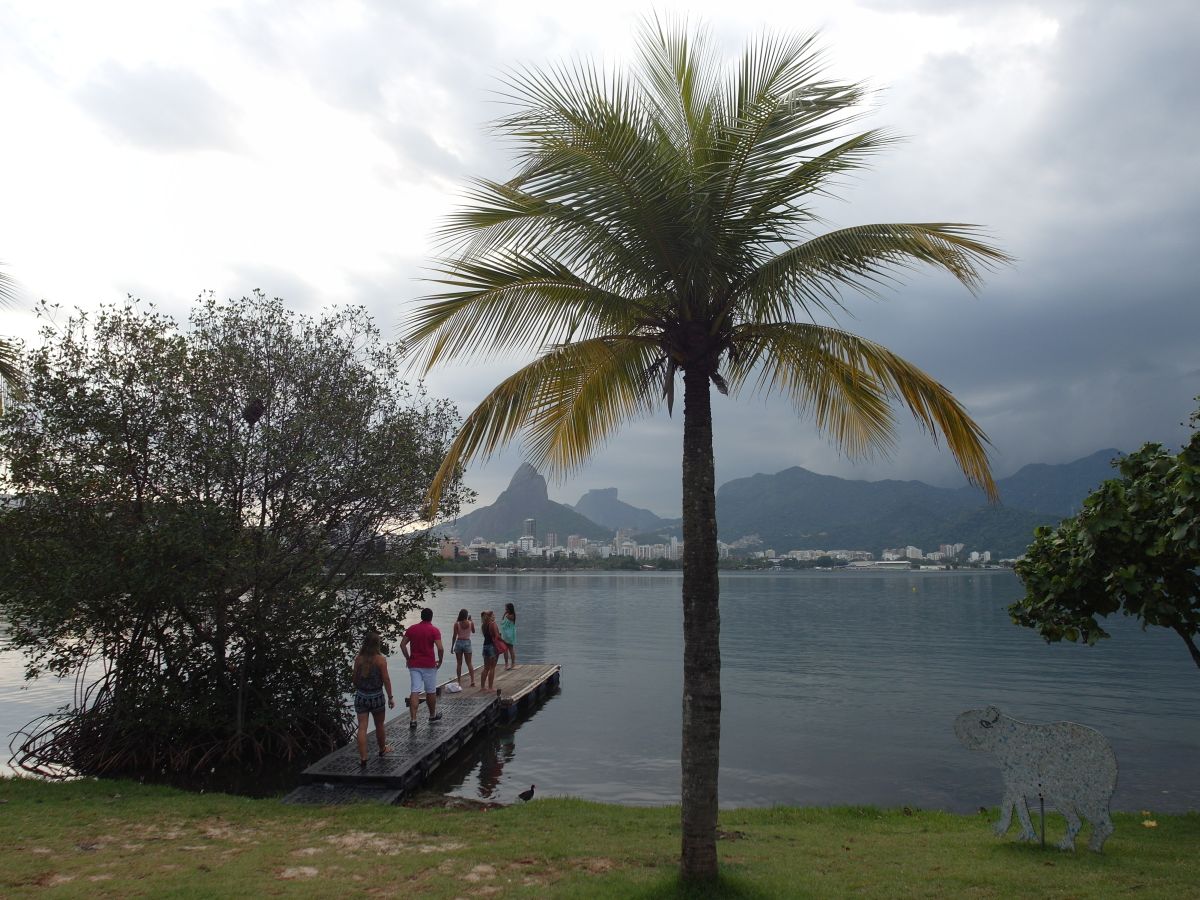 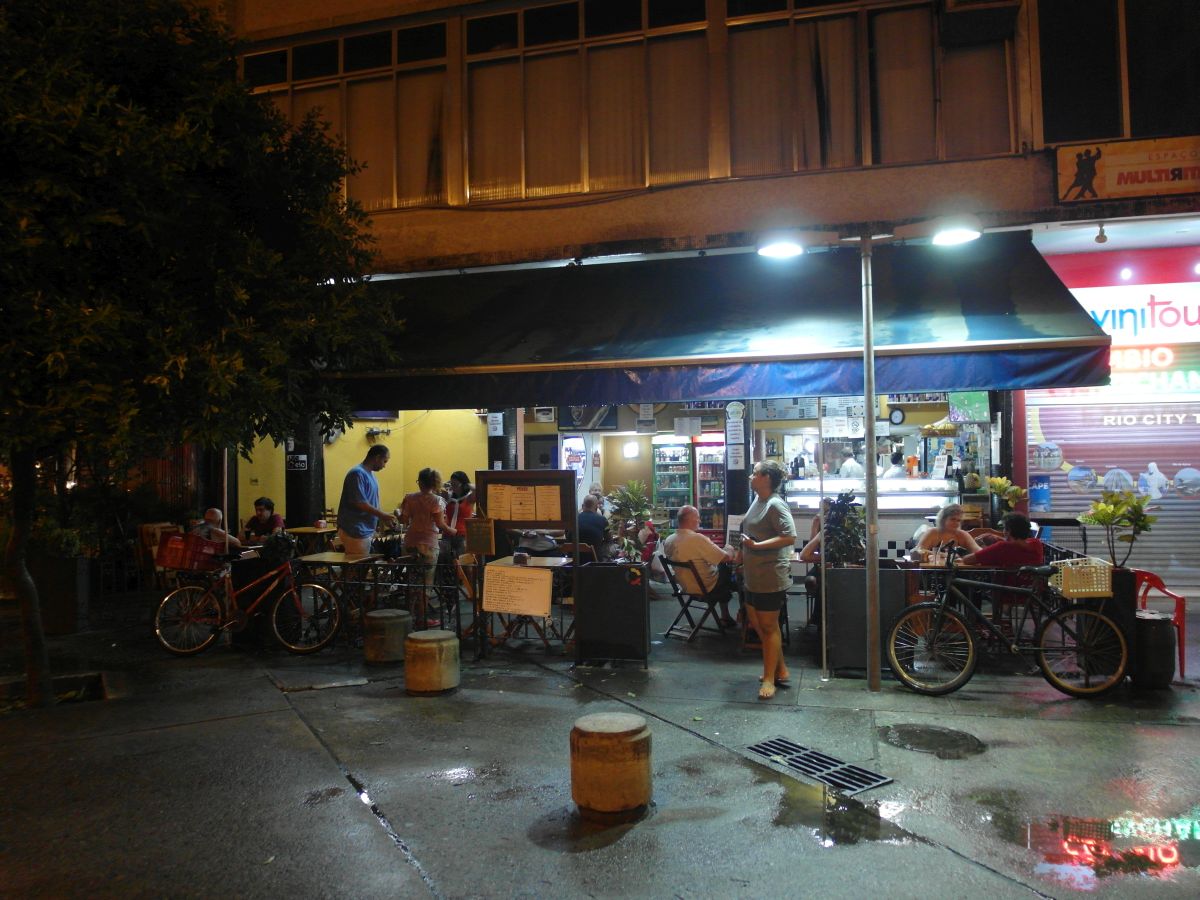 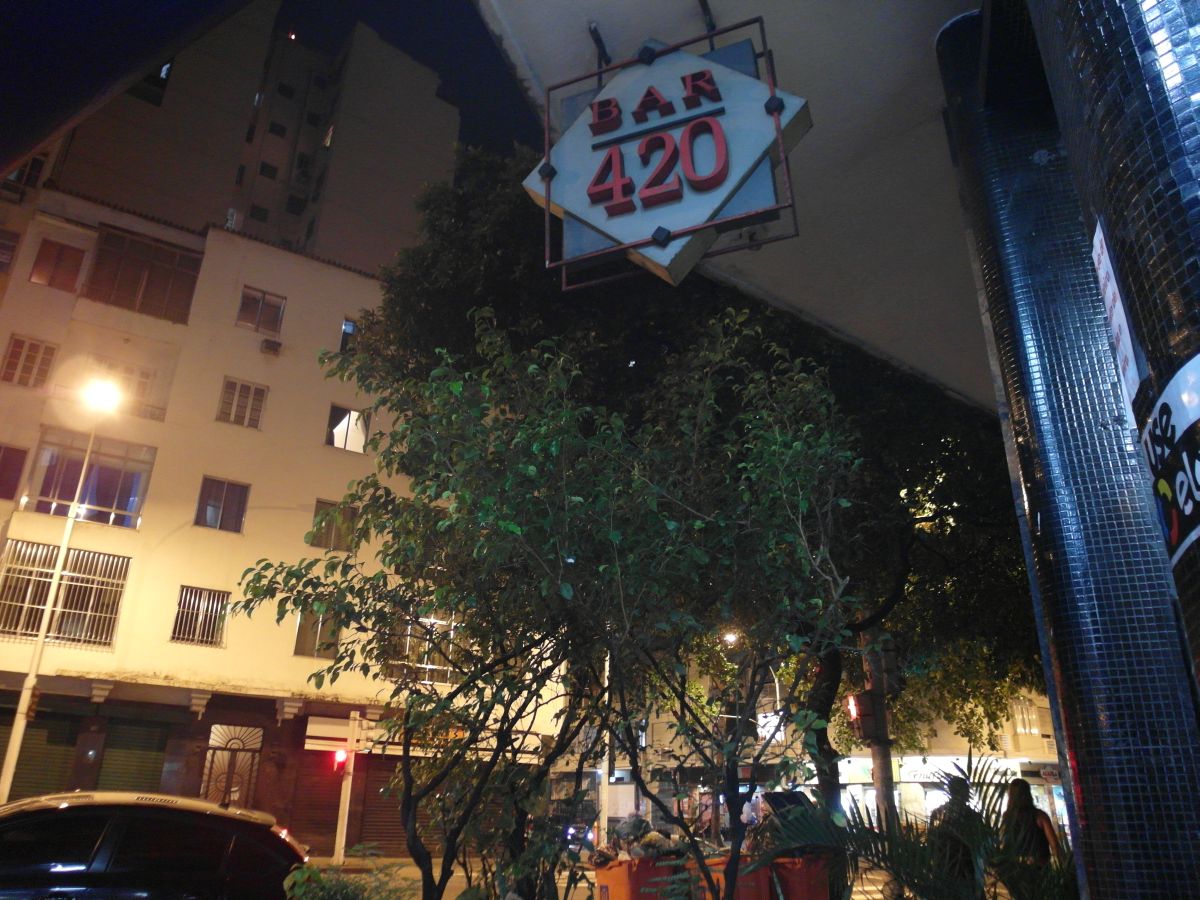 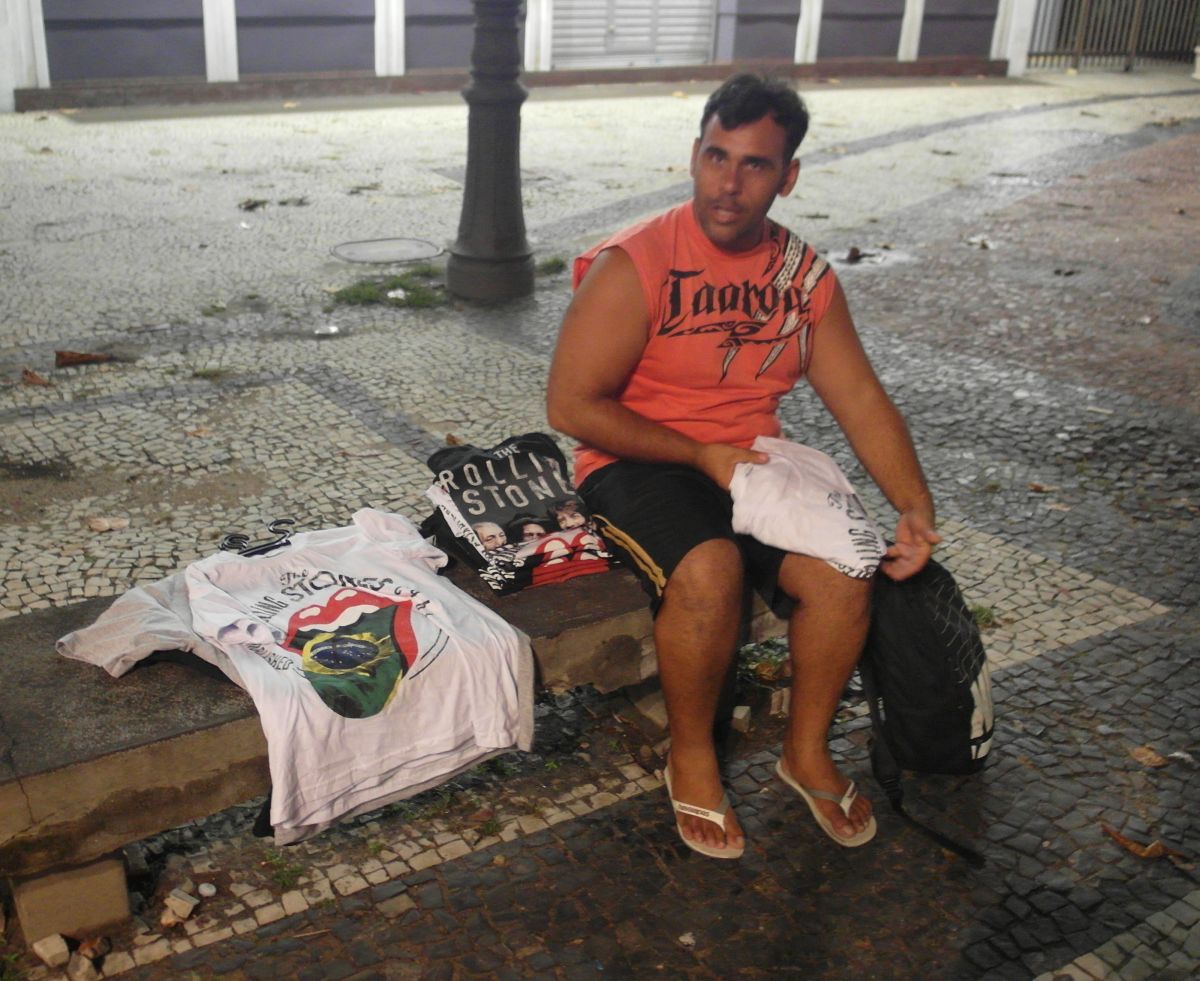 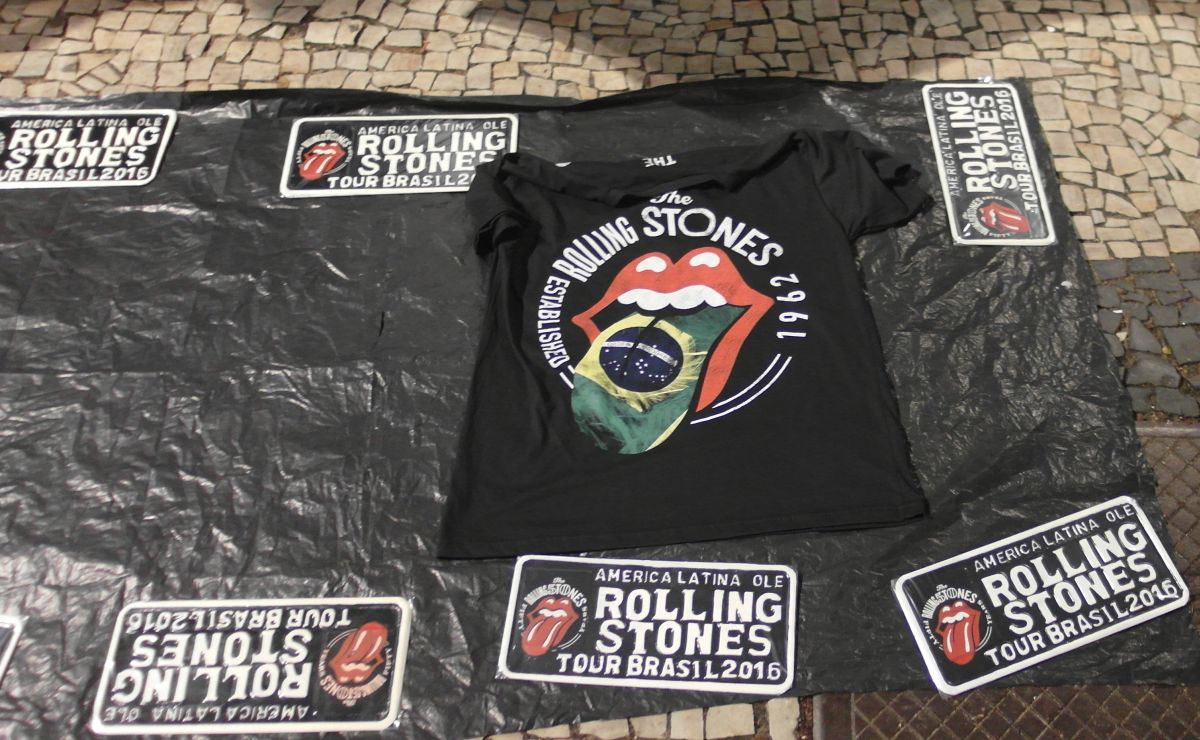